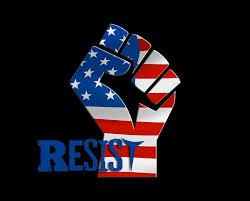 Like many Americans I spent Independence Day away from the computer and politics. I celebrated the 4th and enjoyed the day reading,visiting the antique stores and napping. But for the left it was another day at the office ripping Trump (and his supporters by extension). They never take a day off from venting their anger,which hasn’t diminished since Trump won.

Here are some of the left’s “proclamations”:

Chelsea Handler: “To every country on the 4th of July. We’re sorry about our president. He doesn’t reflect all of our views — and we hope you know that the majority of us are ashamed. We will rally each other and come back to the world one step at a time. #novemberiscoming #alsosorryabouthotdogs.”

I would personally like to apologize to every other country who has seen any of her movies. We do have better. I am tempted to say this may be a Dixie Chicks moment for Chelsea but since very few people probably know who she is it wouldn’t be an accurate comparison. The Dixie Chicks at least WERE well known. And btw, the majority of us voted for President Trump as evidenced by his landslide electoral victory.

Finish what? Your dinner at the local buffet? Aren’t these the same folks who complained about how long the Iraq war was? And now they’re talking about 242 years? Sheesh! I’ll have to hand it to Michael Moore. He is a tremendous actor who plays the character of a simple man when in truth he is a rich elite. And a total fraud.

Bette Midler: “It’s the 4th of July. Only 125 more days until the Mid-Term elections. And if it goes the way I hope, THAT will truly be #INDEPENDENCEDAY!!!”

Well, it’s not going to thanks to people like you who’s radicalism is on full display for the American people. You will be sorely disappointed in November just like you were in 2016 (and will be again in 2020).

Ron Perlman: “On this celebration of this great country’s Independence, let us not forget that there are thousands of little babies that have been ripped from the safety every child deserves, ripped by impulse with absolutely no plan or wherewithal to reunite them. Never forget…”

Hey Ron, I got a number for you: over 60 MILLION babies ripped from THEIR safety in the mother’s womb since Roe v. Wade, ripped by convenience with no possibility to reunite them – because they are no longer living!

And babies are not being ripped from parents at the border. You either know this and are a liar or you are a valuable “useful idiot” to the left.

Rob Reiner: “The greatest gift we can give to America on her 242nd birthday is the survival of Democracy. The forces of authoritarianism and racism are fighting to destroy it. Now is the time for Patriots to stand up and make our voices heard. We love you America. STAY STRONG!!!”

I am confused. I thought the Founding Fathers were “forces of authoritarianism and racism”. Can you all ever make up your mind?

Some group called Common: “Happy 4th of July! Remember, there is nothing more patriotic than protest.”

Let’s see where the left was on this very important issue of protests during the previous administration. Oh, that’s right. They weren’t too keen on it, labeling the Tea Party and pretty much anyone who opposed Obama racists.

George Takei: “On this 4th, I’m reminded that we have veered from the promised path before. We left a trail of tears, counted people as three-fifths, built camps for any who looked like the enemy, and stood silent as countless died of a plague. Yes, love will win. But not without a fight.”

Good grief. Let’s see , the trail of tears occurred due to the actions of the first Democrat President, Andrew Jackson. The camps were built by the Democrat President Franklin Delano Roosevelt. And the 3/5 issue was a lot more complicated than reaching back 150 years in history and using it flippantly as an issue today. But the bottom line is that the 3/5 rule was eliminated with the passage of the 13th Amendment during a – wait for it – REPUBLICAN controlled Congress. It sure would be nice if Mr. Sulu would get his facts straight before speaking.

Madonna: “We can actually Live up to our National Anthem!!! I Have Faith! Happy Independence Day!! Now All we have to do Is treat every human being with Dignity and Respect! While also thinking in an independent way!”

I see. So threatening to blow up the White House is showing dignity and respect? And independent thought is an oxymoron on the left. Just ask Kanye West.

But the best response came from the King of Fake News, Dan Rather:

“I feel a deep tug at my heart knowing so many of my fellow Americans are beset by a great sadness at the prospects for our nation. I know the pain, and feel it too. This is a day when we should revel in our liberty, speak knowingly of civic pride, gather with friends and family in the solidarity of our citizenship, and reflect on the great beauty and bounty of our land – how lucky so many of us are to be Americans. However, so much of the news is full of dark clouds over our democracy.”

Dan, MOST Americans are happy (giddy even) over the robust economy and the rollback of Obama era measures. Or as you might put it – “You know that old song, ‘it’s delightful, it’s delicious, it’s de-lovely’ for Americans in most areas of the country.” And they did celebrate yesterday. And perhaps, just perhaps, those dark clouds are the consistent fabrications of news that YOU inspired. You guys destroy the truth like a tornado through a trailer park. Congratulations!