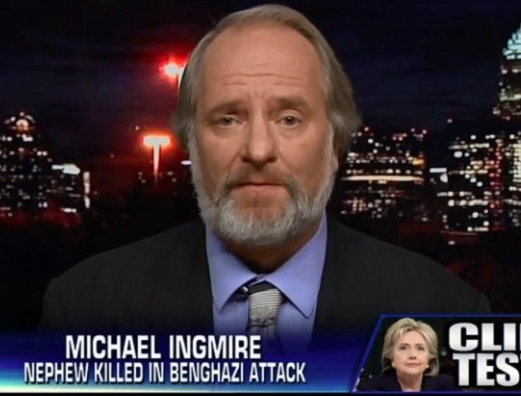 Proverbs 18:5 It is not right to to acquit the guilty or deny justice to the innocent

When I consider the legacy of President Barack Obama; I find little to be impressed by. The Affordable Care Act? That was a form of constitutional malpractice and a scourge on the American People. The killing of Osama bin Laden? Well, the plan was actually formulated by the Bush Administration. I give President Obama credit for executing the plan. However, he practiced redundancy to an infinite, torturous degree when he used the killing of Osama as an idiot loop in his 2012 campaign rhetoric.

The real legacy of President Obama is a legacy of infamy. Of a duplicitous and darkly dangerous man that sought to divide the United States.

On an active level of evil I have found through research that the Obama administration instituted illegal regime changes in North African countries, such as Libya, while demonstrating a vastly bizarre version of America-Islamic Jingoism. A logic only understood by a divided soul.

On a personal basis, the September 2012 Benghazi attack, that killed my nephew Sean Smith, Ambassador Chris Stevens, CIA Contractors Tyrone Woods and Glen Doherty demonstrated that the destruction caused by infamy can make a home in the heart, soul and mind. An active frustration in search of an accountability. Like a devil in your house.

Another point of progressive infamy, among many, was the Obama administration’s tendency to appoint insipidly liberal judges to important posts in the Federal court system. To me, no American Judge should pay any allegiance to any American President. They should only follow the Constitution and the Rule of Law. Justice should remain blind and not be winking towards the Oval Office.

Yet, in regards to my search for accountability for the crime that was Benghazi, I have found that the Obama administration appointed Judges that seem to legislate from the bench and practice a demented system of Jurisprudence.

Take the recent ruling by Judge Amy Berman Jackson on a Benghazi related issue. Yes America, in this instance, I am “judging Amy.” Now Judge Amy Jackson was appointed in March 2011, during Obama’s first term. I believe that a tendency for any administration to appoint Judges that have an allegiance to any President is dangerous and that should be a practical concern for all Americans. In my analysis, I felt that any appointment that occurred during the Obama’s eight years seems to have a very long string attached to it.

On May 26, 2017, Judge Jackson tossed out a wrongful death and a defamation lawsuit against Hillary Clinton. The two lawsuits had been filed by Benghazi murder victim family members, Pat Smith and Charles Woods. The two plaintiffs were represented by Attorney Larry Klayman. The suit alleged that Mrs. Clinton’s use of a private e-mail server compromised the security of the Benghazi Four. The second lawsuit, for defamation, resulted from Mrs. Clinton’s campaign trail tendency to call, in essence, Benghazi victim family members “liars.”

In her decision, Judge Jackson wrote: “But when one applied the appropriate legal standards, it is clear that plaintiffs have not alleged sufficient facts to rebut the presumption that Secretary Clinton was acting in her official capacity when she used her private e-mail server to communicate with State Department personnel about State Department business, and that they have not stated claims that Secretary Clinton defamed them, put them in a false light or intentionally inflicted emotional distress.”

Really Judge Amy? Well, I find it interesting that you documented in your decision that Hillary Clinton used a private e-mail server, violating State Department protocol and procedure. Not to mention, possibly thousands of violations of the Federal Records Keeping Act. I wonder if Attorney General Sessions read Judge Jackson’s decision? At least Judge Jackson dismissed the lawsuits “without prejudice.”

As far as defamation is concerned, the Benghazi victim family members have been continuously defamed and insulted by various members of the Obama regime, including Hillary. It is becoming more and more difficult to believe that we as Benghazi family members will receive any tangible justice from any Obama appointed Judge. Currently, Judge Jackson continues her liberal agenda from the bench with the recent, seemingly unfair persecution of Paul Manafort.

Now let us back track for a moment: Khatallah was captured over four years ago in June 2014 by U.S. Special forces. He was originally charged with 18 counts to which he plead not guilty. On November 28, 2017, Khatallah was found guilty of four of the 18 counts: Destroying U.S. Government property, discharging a firearm during a violent crime, and two counts of providing support to terror organization.

The jury did not find this terrorist guilty of the most serious charges concerning that his actions lead to the deaths of four Americans. I have wondered since the November 2017 verdict who these jurors were and what possible brain synapses they were misfiring when they made this decision. I still wonder.

A couple of days after the decision, I ordered a copy of the court transcript of the June 27th sentence. It cost a few dollars, but was far less than what the American tax payer paid for this terrorist’s defense.

As always, I learn from reading and analyzing. Some basic truths were learned such as Khatallah’s full formal name and the fact that he was in the leadership position in an off-shoot of Ansar al-Sharia. I had previously mistaken Khatallah for, to quote myself, “a terrorist traffic cop.” Considering the verdict, obviously the jury had come to that same mistaken conclusion.

The most eloquent moments in the court transcript were the in-court statements by Mr. Charles Woods and Mrs. Dorothy Woods, the father and window of Tyrone Woods.

Dorothy Woods, spoke with great emotion and grace. She described how her husband, Ty Woods, “would have done what he could have done to save another’s life no matter what the cost. This is not just a hypothetical situation. Please remember that on the night of September 11, 2012, in Benghazi, Libya, Ty did just that. He saved American lives and lost his own.” Ms. Woods asked for the court to give Khatallah the maximum sentence.

Charles Woods, demonstrated both his Christian values and his legal expertise as a lawyer within the context of his statement to the court. Of terrorism he stated, “The purpose of terrorism is to cause fear, retaliation, and retribution. Our legal system has the opportunity to turn the tables and to cause terrorists to fear and to respect our legal system.”

Charles further stated, “Personally speaking as a father, I have forgiven everyone that’s involved in the death of my son so I’m not here to seek vengeance or retribution.”

Yet, despite the emotion of the family member’s pleas, despite the letters the judge received from other family members, despite the deaths of four heroes and the fatherless children left behind, despite the articulate argument by Prosecuting Attorney, Michael DiLorenzo for a life sentence, I have determined that the Defense Attorney and Judge Cooper saw Khatallah as a misunderstood freedom fighter and the only victim. The real victims of this terrorist attack were all but ignored.

Defense Attorney, Jeffrey Robinson stated, “The jury in this case found that Mr. Abu Khatallah’s conduct, the offense conduct did not lead to death.”   Really Attorney Robinson? Four people died, Khatallah helped plan the attacks and he was there. Robinson also stated, “There is a picture of Mr. Abu Khatallah who was from a conservative religious family, who was raised and who, because of his religious beliefs and his unwillingness to conform his religious beliefs, his desire to have a beard and to be seen as a devout Muslim, led the Gaddafi regime to imprison him.”

Really Attorney Robinson? Gaddafi was imprisoning terrorists and that is why he imprisoned Khatallah. When Gaddafi was murdered, Khatallah was freed.

Judge Cooper stated the following, “Again, in the ruling that I issued last week I concluded that you, sir, were a participant and a leader in the attack on the U.S. Special Mission.”   Really Judge? So why only 22 years?

Judge Cooper also stated, “But in light of those findings, I have come, somewhat reluctantly, to the conclusion that a life sentence overestimates the defendant’s criminal conduct and culpability as it was determined by the jury.”

So let me get this straight Judge Cooper, and the Jury for this trial, Khatallah was a leader and a planner, but not a murderer? 22 years is basically 5.50 years per victim.

Without any doubt, Khatallah’s sentence is an insult to the ultimate sacrifices made by the Benghazi Four and to the efforts made for accountability by their family members. This unrepentant terrorist may get credit for time served and eventually be considered for parole? Well, Lord willing, I plan on being at that first parole hearing.

The lightweight 22 year sentence is the best argument for a Military Tribunal structure in the trials of future terrorists. I plan on creating a petition requesting that President Trump do just that. Why should murdering terrorists receive the right of due process in a Federal court system? I do not believe that any current Federal Judge will give any terrorist the sentence that they deserve for their heinous acts.

I titled this article after a 1987 song that I wrote called “Devil in my House Tonight.” That song was about seeking salvation while struggling with a spiritual and supernatural malaise. Since December 2012, I have been dealing directly with the governmental malaise that was the Obama Administration. Initially, I just wanted to understand the how and the why of the crime that was Benghazi. Why it occurred and how it was committed. I understand, and continue to comprehend, the how and the why. Now it is time for accountability for the conspirators and the criminals.

For the criminals of Benghazi are not just terrorists like Khattala, but also exist in the criminal actions of former President Obama and former Secretary of State, Hillary Clinton. They are walking definitions of treason and should be prosecuted accordingly.

It is incumbent for all American citizens to keep the government honest and focused on the security and welfare of the American people.

We need to keep the devil out of the house and the train of truth and justice on the tracks.

The Politics of Tribal Identity

Dr. Fred Eichelman: Many of the Problems Surrounding the Great War Still Exist