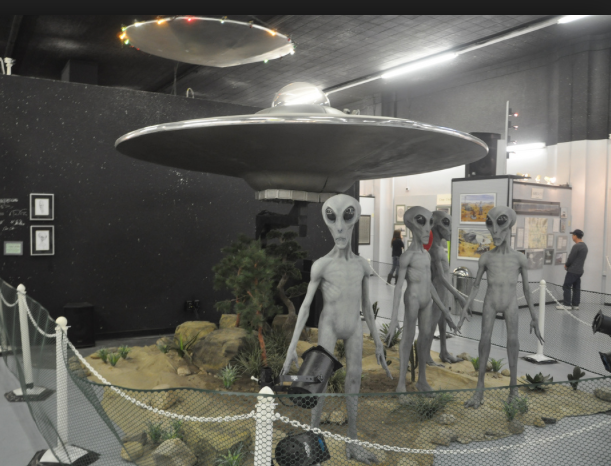 58% of Democrats believe in UFOs, but only 32% are proud to be American. Only 37% of Republicans believe in flying saucers, but a full 80% are proud of their country.

Almost twice as many Democrats are willing to believe in being abducted by space aliens than in their country. Hillary Clinton had promised that if elected, she would find out the truth about the little green men and suggested that the planet had already been visited by aliens.

“Maybe we could have, like, a task force to go to Area 51,” she suggested.

The chair of Hillary Clinton’s campaign, John Podesta, an obsessive UFO buff, appeared on an episode of Ancient Aliens which claimed that Hillary Clinton was defeated to suppress the truth about space aliens.

Like Podesta, the Democrat (space rather than illegal) alien obsession dates back to Bill’s era. When Bill Clinton appointed Webster Hubbell as his Associate Attorney General, he gave him two priorities.

“If I put you over at Justice I want you to find the answers to two questions for me,” Hubbell recalled. “One, who killed JFK. And two, are there UFOs.”

Hubbell didn’t find any UFOs, but he had to resign after only serving a year and was sent to jail for fraud.

The Clintons may have picked up their flying saucer obsession from Laurance S. Rockefeller, a environmentalist UFO obsessive and major Clinton donor who got them involved in his UFO Initiative. Hillary may have just been grifting an old man who contributed to their legal defense fund, but there’s no reason to think a woman who responded to the Republican midterm victories of ’94 with a séance that consulted Gandhi and Eleanor Roosevelt doesn’t believe what most of her fellow Democrats do.

Laurance S. Rockefeller was a founding trustee of the Rockefeller Brothers Fund which recently underwrote the push for a nuclear Iran while insisting that its nuclear weapons program didn’t exist.

According to the party that “believes” in science, Iranian nukes don’t exist, but flying saucers do.

All this helps explain why the Democrats were so quick to retreat into conspiracy theories after losing the 2016 election. Just as they did after the JFK assassination and the 2000 election. It’s natural for them to believe the worst of a country they already distrust. The left’s core beliefs are a series of conspiracy theories about class, race and gender. These conspiracy theories explain everything from crime rates to poverty to social problems. Most leftist programs are geared toward fighting a conspiracy by white people, by men, by the wealthy and the middle class that doesn’t exist except in the minds of the left.

America has been shattered by generations of social policies that completely bypass the problems they’re trying to solve from the inner city to the campus because they’re too busy getting revenge against the evil white male conspirators by making it harder for them to get into college or get a job. 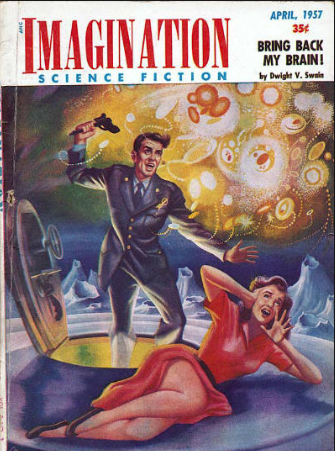 That’s what happens when you turn over the country to Marxists watching the sky for lights and watching social statistics for any discrepancy that they can blame on the white male conspiracy. The inability to understand the difference between correlation and causation that trips up so many conspiracy theorists is also the disparate impact claim underlying the left’s allegations of discrimination.

And disparate impact simply means that all correlation must imply racist causation.

If a job requires a high school diploma, if there are laws against littering or if a standardized test is demanding, and more black people are disadvantaged by that, that is disparate impact. And disparate impact proves a racist conspiracy that requires state intervention. No matter how dubiously legal.

Adding new conspiracy theories to the central leftist conspiracy theory is easy. UFOs, Russians rigging elections and CIA Cubans killing JFK are small potatoes compared to the conviction, expressed in so many leftist texts from Marx’s Das Kapital to Zinn’s A People’s History of the United States, that all the beliefs you grew up with are a lie and everything around you is the end result of a vast conspiracy.

Democrats are the party least likely to know that the earth revolves around the sun once a year. Only between 48% to 27% of the enlightened supporters of the Party of Science actually knew this.

45% of liberals believe in astrology. Only 23% are proud of America.

Three-quarters of Democrats believe that thoughts can influence the physical world. Over half believe in ghosts.

Almost a third of Democrats, twice as many as Republicans, believe in “spiritual energy”. 35% of liberals compared to 18% of conservatives are believers.

A fifth of Democrats fear the “evil eye”.

If you can name a superstition, knocking on wood, walking under ladders or stepping on a crack, polls show that Democrats are more likely to believe in it.

The rational and enlightened elite who want to make all our decisions are also 54% more likely to think that opening an umbrella indoors is bad luck.

A fifth of Democrats believe it’s unlucky to walk under a ladder. Nearly a fifth believe in fortune telling.

The left liked to think that dispensing with the old truths of G-d and country would make them smarter and more rational. Instead it reverted them to the paranoid superstitions of paganism.

Instead of moving forward to the fabled “right side of history”, they’re retreating into pre-history.

They haven’t replaced G-d with reason, but with flying saucers, storefront psychics, black cats, bad luck ladders and umbrellas, the wrath of Mother Earth, safe spaces, and the magical powers of dolphins.

They haven’t replaced nationalism with the enlightened embrace of the entire human race, but with a paranoid racial and political tribalism which is eager to believe the very worst of outsiders. Instead of transcending the nation for the world, they’ve become hostile toward most of the country. They haven’t become broadminded. Instead they’ve lost even the broadmindedness that Americans used to have.

50 years after HUAC vanished into the mists of time, they’re finding Russians under every tree. 70 years after Brown v. Board of Education, they’re frantically defending racial preferences in education. Their vaunted journalism has been reduced to an outrage machine feeding them insane conspiracy theories. One week, Trump is a Russian spy. The other, his family is in league with China. One week, he’s about to destroy us by going to war with North Korea. The next week, he’s selling us out to North Korea.

The Democrats have learned to love xenophobic nationalism in the service of tribal ideologism. The Party of Peace fears the rest of the world as much as the Party of Science believes in spooks and UFOs.

Democrats inhabit a demon-haunted world of superstitions and conspiracies. Instead of being enlightened, they were robbed of the confidence in the Creator and America that resounds from every patriotic Fourth of July anthem and song. They sold their birthright for the pottage of fear and hate.

They cower in safe spaces, fear the other and live their lives in the shadow of irrational terrors.

Having lost faith in G-d and country, it is easier for them to believe in flying saucers than in America.

The Silly Season: The Left's Reasons for Opposing Brett Kavanaugh

If You Only Knew: The Effects of Child Abuse on the Developing Brain