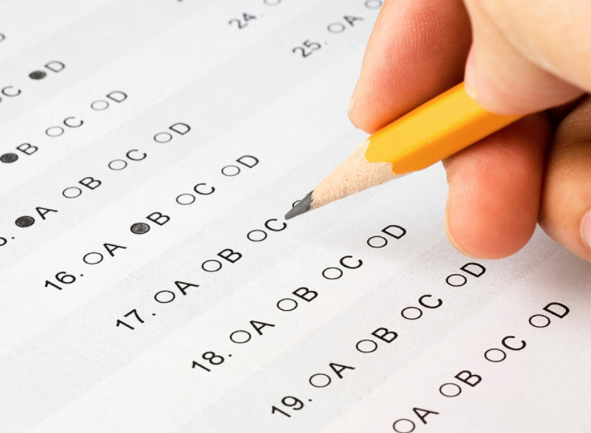 Harvard lashed out at the Department of Education and the Justice Department’s withdrawal of Obama era letters backing extreme racist preferences in education by vowing to “continue to vigorously defend its right, and that of all colleges and universities, to consider race.”

The right that Harvard is fighting for is the right to be racist. The same right that George Wallace, the KKK and nearly every single college in the country have been obsessed with protecting and preserving.

Harvard already stands accused of considering race in its admissions to such a degree that an Asian student’s chance of getting in would go from 25% to 95% if she switched races and pretended to be black. Low-income Asian applicants were less likely to get in than wealthier black applicants.

“Make no mistake, this is the law of the land. Today’s announcement does not change that,” Ted Mitchell declared, channeling segregationist rhetoric which also leaned heavily on the ‘law of the land.’

Holistic admissions are as much of a racist farce and a ‘law of the land’ as separate but equal.

Mitchell was Obama’s point man in his war against colleges operating outside the traditional higher education model. These days he heads the American Council on Education, the lobby group of the higher education industry, the universities and colleges trading a fortune in debt for an increasingly worthless degree. Mitchell’s transition from educational hit man to educational lobbyist is a typical example of the self-serving agendas of the Obama administration and its lefty Educrat allies.

ACE is a defender of racial preferences which it benefits from not only politically, but economically. And the Educrats have a better plan to preserve their segregationist system than the segregationists did.

After Justice Kennedy, the Supreme Court may be ready to strike down racial discrimination at colleges and universities. Without Kennedy’s Fisher v. University of Texas decision, which will go down in history with Plessy v. Ferguson, that would have already happened. Three of the letters being withdrawn by Kenneth L. Marcus, Assistant Secretary for Civil Rights, involve Obama guidance to schools on Fisher.

And if affirmative action joins separate but equal in the racist dustbin of history, Ted Mitchell’s spurious appeal to the ‘law of the land’ will be as worthless as those of past defenders of legalized racism.

Statistics and merit are the smoking guns of racial discrimination lawsuits like the one that Asian students have filed against Harvard. But if you eliminate scores, then you eliminate the entire academic merit argument. And that leaves the system free to use the non-academic and non-merit based measures that Harvard allegedly used to occlude the straight academic merits of Asian applicants. Discrimination grows more difficult to prove as the selection criteria become more subjective.

Would the Educrats really burn down tests to protect the cantons of their academic apartheid state?

The University of Chicago is jettisoning SAT and ACT scores for applicants as part of its UChicago Empower Initiative. In addition to going “test-optional”, it will also allow students to submit a two minute video introduction “in lieu of the traditional college interview”. How “holistic” of it.

Going test-optional isn’t a new idea. But it’s been gathering steam. Chicago joins UTA, GWU, DePaul, George Mason and Old Dominion as a test-optional school. Others, like NYU and Drexel have gone “test flexible”. Columbia and the University of Pennsylvania are dropping the writing portions of the SAT.

And the movement isn’t stopping there.

The American Bar Association’s Standards Review Committee called for making standardized tests optional for law schools. In response, UC Irvine School of Law’s African-American Assistant Dean warned that such a move would be disastrous for, among others, minority students.

“Students who are admitted on GPA alone or perhaps in conjunction with qualitative factors absent from a standardized test may borrow six figures for just their first year,” he pointed out.

The MCAT, the granddaddy of admission tests which will turn 90, is also on the target list. But the current system limits the impact of academic merit badly enough. The Journal of Blacks in Higher Education warned that relying on MCAT tests without affirmative action would cause the percentage of African-American med students at the most selective schools to fall by 90%. And, it goes without saying, the percentage of Asians and other students who had been discriminated against would rise accordingly.

As the Trump administration moves against affirmative action, going test-optional or even test-free will be the modern equivalent of George Wallace’s stand in front of the doors of the University of Alabama.

Jettison any system of national or state standardized tests and the only metrics that will matter will be the dubious GPAs of the local high school and the racial biases of the university. GPAs will provide a fig leaf of merit while the rest will be made up for with key metrics like courage, likability and diversity.

Asians, who often lack either victimhood status or legacy links will be the biggest losers in this arrangement. Eliminate standardized testing and much of the evidence of disparate impact goes with them. And disparate impact on a general population won’t help an academically overrepresented population group. And it’s why Asian students are fighting racist destandarization measures the hardest.

But when merit makes way for political merits, we all lose.

Do you really want to be treated by a doctor who didn’t do well enough on his MCAT, but was scored really well on his perceived personal qualities by a panel of guilty white lefties scoring diversity points?

Opponents of standardized testing argue that there’s more to any profession than answering test questions. That’s true. But the dedication and ability to learn the material is far closer to an objective measure of merit than the subjective biases and political agendas of administrators and staffers.

A meritocracy is not immune to privilege. But it is also the least influenced by it of all the alternatives. And the most likely to produce results. Like democracy, it is the worst system, except for all the others.

And academic meritocracy is dying.

The standardized tests being denounced by education lobbies have already been watered down to an absurd degree. SAT scores rose after the test was dumbed down giving students more time, fewer choices, an optional essay and no penalty for wrong answers. New York’s Algebra 1 Regents offers a passing score for students who only get 30%. But even this grade inflation isn’t enough.

Grades, any grades, create a paper trail. Standardized tests in and across states are the first foe. But any measure of merit undermines the control of educrats by rewarding individual initiative. That is the very thing that the left has been fighting against under the guise of combating classism, racism and a thousand other ‘isms’ for over a century. To kill individual initiative, wipe out merit. And then the only metrics for a good education, a good job or a good anything will be the castes of identity politics.

Undermining standardized testing at the college level is a typical Cloward-Piven strategy creating a vocal and scholastically weak constituency opposed to tests on campus. Students who don’t come in on merit can’t be expected to stay in on merit. As standardized tests stop being a gateway to college, they will become irrelevant at the high school level. Under a system where the best student at a worst school is deemed as good as the best student at the best school, parents who once sought the best schools for their children will instead seek the worst schools where their son can perch at the top of his class.

The destruction of any objective measure of merit is meant to protect racial privileges. The Educrats of academia would rather destroy education than abandon their shameful racial discrimination.

The era of legal affirmative action, like legal segregation, may be coming to an end. But its academic perpetrators intend that it go on through stealth discrimination, holistic admissions and covert quotas.

Standardized tests will be eliminated to protect the academic suppression of Asian and white students.

Catherine Lhamon, Obama’s former Assistant Secretary for Civil Rights at the Department of Education, complained that ending support for super-racial preferences “will discourage the lawful use of race to achieve diversity” and “our college and university campuses will become whiter and less diverse.”

‘Whiter’ is to the new segregation of safe spaces what ‘blacker’ was to separate water fountains. The “lawful use of race”, a term also redolent of segregationist sentiments, is the only thing protecting campuses from becoming “whiter”. And, it once again goes without saying, more Asian.

Dr. Fred Eichelman: Many of the Problems Surrounding the Great War Still Exist