The huge dirty secret of recycling was also one of the world’s worst polluters. 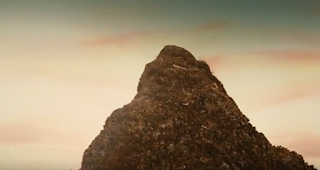 Every branch of government from Washington D.C. to your local town council had spent a fortune convincing people that recycling is a magical process that turns your old pizza boxes into new pizza boxes while creating those imaginary “green jobs” in the community. The reality was a lot dirtier.

All of America’s industries, including trash sorting, had been outsourced to China.

And recycling is just a fancy lefty way of saying “trash.” All that recycling, which children in progressive communities are taught to sort as the closest thing to a religious ritual, was really being dumped by the ton on dirty ships and sent over to China. We weren’t recycling it. The Chinese were.

But now China is banning foreign recycling because it’s bad for the environment.

Even the Communists got tired of sorting through the trash of American socialists. The recycling scam shipped garbage on dirty ships for dirty industries while pretending that they’re clean and green.

There was never anything clean about it. And only the money it brought in was green.

Now the recycling party’s over. Plastic recycling imports were banned early this year. Even fiber has trouble getting in to the People’s Republic. China’s mixed paper standards mean that most of the recycled cardboard and paper no longer passes muster. Instead it’s piling up in the United States.

The recycling scam used to be an easy trade. China shipped its cheap products made from recycled American junk and scrap here. The empty vessels used to dump Chinese junk products on America were then filled up with tons of recycling for the return trip back to China at minimal cost.

We sent them junk, they sent us junk. As the trade deficit grew, recycling was one of its many parasites.

But China is out of the recycling dump business. And the recycling business depended on it. No other market pays what it did. And no other country has the industrial scale to handle this much recycled trash. The American market is flooded with recycling that no one wants and trash prices have imploded.

And that’s having an immediate impact on the progressive recycling programs in the United States.

California’s trash is going right back to landfills. 62% of exported materials used to go to China. But no more. California’s Department of Resources Recycling sent a letter cautioning that the “economics of recycling” had become “unfavorable” thus “challenging what recycling means to Californians.”

It also warned recycling facilities that, “public health and safety should be their number one priority”.

In Massachusetts, mountains of trash recycling are piling up and there’s talk that trucks may stop picking it up. In Pennsylvania, a “recycling crisis created by China” was blamed for a refusal to accept paper. In Seattle and Phoenix, recycling is going into landfills. Fees are going up in Portland. In Pasco, recycling was abandoned before its start. In a Kansas City plant, one out of four items is going into a landfill. In Sacramento, where all of California’s recycling rules are made, most recyclables no longer are.

Recology used to be the epitome of the reinvented garbage hauler, merging San Francisco urban politics with progressive PR about ending waste. But zero landfill talk has given way to a blunter reality, “There’s no market for a lot of stuff in the blue bin. What we can’t recycle we take to a landfill.”

Environmental regulations had already turned garbage collection in California into an expensive disaster, but this is an entirely unprecedented mess complete with mountains of trash and mountains of bills.

Recycling has become economically unsustainable, but that doesn’t mean it’s going away.

There’s too much money in environmental scams. And recycling is the biggest of them. The China crisis is being met with the three R’s of progressive policymaking; rent-seeking, regulations and robbery.

Some homeowners are already seeing higher trash collection fees. Those will only get worse. Especially on the West Coast where the China option helped dull the painful costs of recycling. But the costs will hit everyone as politicians resort to mandating higher levels of recycled content in everyday products.

Want to sell soda, tissues or milk? Pay the politically connected recycling companies for the privilege of using their trash. As recycling costs go up, content mandates will force companies to create an artificial market. And the costs will be passed along to consumers who will have to pay more for everything.

Like higher trash fees, tightened recycling regulations have also only begun to arrive. If you live in a blue state or city, expect to spend a lot more time sorting your trash, cleaning your cans and removing plastic from your envelopes so that they meet China’s new high standards for imported trash.

China will no longer be sorting American trash. So progressives have decided that you will.

Or as a video on the Recology site prompts, “How to be a better recycle because China demands it.”

Environmentalist municipalities have already begun rolling out condescending campaigns berating homeowners for their foolish and lazy recycling practices. ‘Wishcycling’ is a charmless portmanteau you will see more of. But what it really means is that homeowners who are already being taxed to death are being hectored by the environmental activists they subsidize who have never worked a day in their lives.

Will all of that save the recycling scam?

No, but it won’t matter. Most homeowners have no idea how much of their recyclables go into landfills anyway. The dirty business of municipal waste contracts will continue on uninterrupted. The extra fees and costs will be another one of the left’s thousand cuts that are bleeding the middle class to death.

Homeowners will be taxed harder so that crony cash can flow to even bigger recycling operations. You will pay more for everything you buy to subsidize politically connected, but uneconomical enterprises.

Recycling is not a reality, but an idea. Like Communism, it can never be achieved, but must be aspired to.

Smaller towns and cities will be forced to dump their recycling programs. And more conservative areas will be dissuaded from getting on board as the profit margins from recycling turn into pools of red ink. But blue states and cities will never abandon recycling. And if Washington D.C. goes blue again, the dictates of crony socialism and green fanaticism will roll out new compulsory standards nationwide.

Recycling is in crisis. But the environmental scam is too big to fail.

The ships carrying most of the blue state and city “green” trash will no longer be allowed into China. But there are other countries and continents desperate enough to take their socialist trash.

The dirty secret of recycling is that it depended on the willingness of Third World countries to greenwash our trash so that progressives could pretend that their moral garbage was saving the planet.

The smaller countries of Southeast Asia don’t have the capacity to take up China’s slack, but the People’s Republic has progressively been colonizing Africa. Some African countries were already being used to recycle and dump e-waste. The shipping won’t be as cheap, but recycling’s next stop is likely to be Africa where environmentalists will turn it into a trash heap… to protect the environment.

If You Need A Reason To Vote, Here It is!

No America, It Is Not Hopeless!