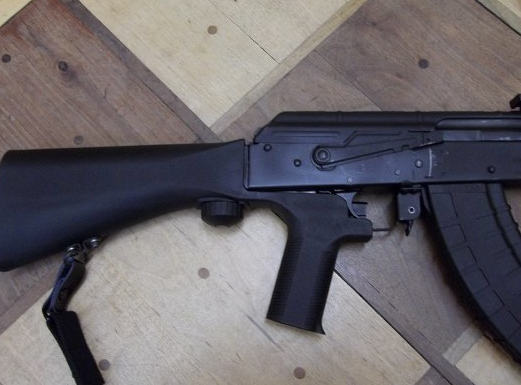 A trio of groups and different individuals are in the process of filing lawsuits against two different cities within the State of Ohio based on both cities passing laws prohibiting the possession or use of “trigger activation devices,” AKA “bump-stocks.” However, their effort is not directly attacking the prohibition on those devices that are all the rage but not what they are made out to be. Rather, the groups are attempting to have the ordinances overturned based on their existence being prohibited under the state’s constitution.

Ohio passed a firearms pre-emption amendment to the state’s constitution several years ago that prevents local jurisdictions from passing ordinances that are not in conformity with state firearms laws. These pre-emption measures have been passed in several other states and are intended to make the firearms laws within a given state uniform in their requirements and restrictions to avoid confusing gun owners or trapping them as they travel across the state passing through municipalities often without even realizing there are within city limits. Several such cases have occurred in state that do not have such restrictions with markedly unpleasant results for the people possessing a firearm in the wrong city or under the wrong set of rules.

The suits appear to have nailed the issues and I, for one, wish them every success. Having to deal with a patchwork of different firearms restrictions within one’s state of residence is bad enough, but when traveling it becomes ridiculous and can become expensive when you’re are taken to jail for something that is perfectly legal five miles down the road.

But let’s talk about the subject of these local ordinances. Ever since the mass shooting in Las Vegas when the gunman used several firearms fitted with devices known as bump-stocks, they have been repeatedly vilified by all sorts of anti-gun activists and government officials looking for another excuse to blame the gun instead of the perpetrator.

The most ridiculous aspect of bump-stocks is that they do virtually nothing to increase the rate of fire for an AR-15-style firearm for which they were designed. In case you believe all the media hype and that of those who want more and more restrictions on firearms ownership, I am here to suggest that this is nothing more than hysteria.

When a semi-automatic firearm’s trigger is pulled by the index finger of the shooter, the trigger releases the firing pin which moves forward under the force of a spring, strikes the primer at the rear of the cartridge. The primer ignites the powder contained in the case and the pressure pushes the bullet out through the barrel toward the target. At the instant that the powder charge ignites, pressure from that ignition creates very high-pressured gas that travels through a tube from the barrel back to the bolt where it is used to push the bolt to the rear. When the bolt reaches the limit of rearward travel an ejector flips the empty cartridge case out of the firearm. A spring then begins pushing the bolt forward to pick up a new live cartridge from the magazine and push it into the chamber where it is ready to fire again. ONLY after all these operations take place can the trigger be pulled again to restart the same process again.

A bump-stock is simply a device that uses the recoil force of the firearm to activate the trigger pulling. However, all the steps mentioned above must still take place before a subsequent round can be fired. Because of the mechanical limitations of these firearms – which are completely different that those used by military combat soldiers – the time it takes between shots being fired cannot be increased by using a “bump-stock.” An experienced shooter can fire a semi-automatic rifle without a bump-stock just as quickly as an experienced shooter using a bump-stock to activate the trigger. The entire concept is more one of creating an accessory that makes people think that they can shoot their rifle faster by using it rather than just pulling the trigger with their finger. It’s a money-making illusion. The rate of fire for any given firearm is determined by how quickly all the steps described above can happen based on the design. Once the design is set, the rate of fire is set. And, oh, by the way…using a bump-stock makes aiming accurately nearly impossible because it relies on pressure on the fore-end of the firearm toward the rear to activate each shot. Doing this makes it really difficult to hold on your target. The claim that they increase a firearm’s rate of fire is just not true.

As with so many other efforts to place restrictions on various devices like bump-stocks and silencers, magazine capacities, etc., these ordinances are doing zero to enhance the safety of the people within those jurisdictions. They are simply an example of political actions designed to convince voters that their favorite politician is “Doing Something!” Whether they actually do something is immaterial.

As for all those who want these ordinances voided so that they can buy a bump-stock – save your money – buy ammo instead.

How Aisha Ignited the Shia-Sunni Divide

The Heart of the Child Separation Issue Is the Law