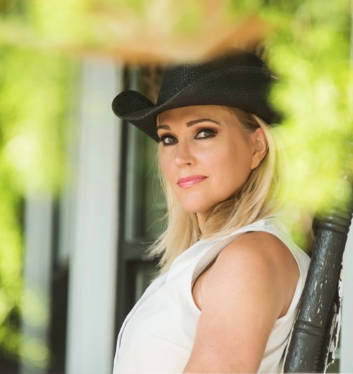 When you hear ‘the sky is falling’ day and night on television and “verified” by your most favorite movie stars and celebrities, you might be prone to believe it.

The truth is, the sky is definitely not falling, but there are too few voices able to break through that very powerful Fourth Estate to calm people down.

Unfortunately other than FOX News people on our side have trouble getting our message across. There are too few options available for us to counter the nonsense the fear mongers are pushing on mostly unsuspecting Americans. And even when we do get to use our voices, we are at the mercy of Leftists who usually have the last word, or are looking to entrap and humiliate us.

Case in point, Conservative radio host Steve Deace was recently a panelist on the left-leaning HLN network. The topic was, “Can the Supreme Court Settle Moral Issues?” Steve’s opening statement was absolutely spot-on and at one time everyone on the panel was nodding in agreement.

“One of the misnomers is that we’re arguing too much. I don’t think that, I believe the opposite is true. I don’t think we’re really arguing at all. We’re trolling each other on social media, we’re retreating to the neutral corner of the cable news channel that gives us the confirmation bias that we prefer, and then we’re getting non-governmental agencies and nongovernmental organizations and unelected judges, a bunch of people not accountable to voters, to impose by fiat our whims, our values, our mores on the whole of the country. And that’s why this has become more divisive. We need more debate, we need more things decided at the election booth, we need more things determined in the Halls of Congress and not administrative agencies, and we need more things determined by voters and not black-robed masters who don’t face accountability to the American people. That is completely antithetical to what we just celebrated on July 4th.”

Panelist Dean Obeidallah was first to jump in and prove Steve’s point, claiming Christians want to “impose Christian Sharia Law on this country…” Deace tried to counter the blatant insult but unfortunately host Carol Costello not only allowed Dean to talk over him, but he again repeated his original ‘Christian Sharia’ statement. While the ranting continued, Steve calmly took off his microphone and left the panel. (Deace posted on his Facebook page that Costello later apologized and asked him to come back to the show.)

Is there anything we can do to help people who have been thoroughly duped by the media, and as a result are petrified of President Trump? Should we just ignore having the discussion at all? When we see the physical violence happening simply by wearing a hat that says, ‘Make America Great Again’, it does seem impossible to change people’s hearts and minds, especially with people like Maxine Waters and her pals spreading fires daily.

So what do we do?

I believe what Deace said is true: Instead of ranting and name-calling we need to learn how to “argue”, or debate each other. We’ve got to find ways to get to the very core of the problem/issue instead of spreading very thin generalities, leading to insults.

The biggest thing to remind people is that everything happening right now is about one thing: Political Agenda.

Remember back when Democrats were in a frenzy during the Bush administration? Almost every day for 8 years people were on street corners screaming “Bush Lied, People Died!”

And yet back then the Left wasn’t actually violent or trying to physically hurt people who wore “W” shirts and hats. So what changed between then and now?

During the 8 years between Bush and Trump, America was run by a professional Democratic Socialist community organizer. If you want to talk truthfully about divisiveness, those were the years that happened.

But the biggest problem of all, the thing that has forever given Washington and Hollywood PTSD: Every politician alive today LOST when Donald Trump won.

What good are all those politicians–many bought and paid for by the power brokers of the world–if a guy can just show up one day with zero political experience and beat everyone at their own game? And worse, what if he’s actually successful, and able to do all the things they all promised but never even planned to fulfill?

Can you imagine if you walked in off the street and suddenly took over as CEO of a very ambition-driven company? Everyone jockeying for position, building tenure, working for decades to climb that ladder, would hate you and try to sabotage anything good you wanted to do.

If people could conceive of just how much power is held in Washington, Hollywood, and the media, it might help them understand why both Democrats and Republican politicians are desperate for Donald Trump to fail.

For me, my personal mission on social media is to reach the reachable, the ones who are genuinely afraid because of the turbulent times created and orchestrated by a politically driven media. I’m choosing to be a calming voice, to remind the folks who will listen that all of this is nothing more than a political battle.

But then sometimes it does.

This weekend I saw a Facebook post from one of my non-political friends defending a pro-Trump meme she had posted. Of course I had to see what all the hoopla was about.

Here is the comment that caused my friend to defend herself (I’m leaving out all names but not correcting grammar or wording):

yeah, I don’t think this is funny or cute and I’m sure I’ve posted shit you didn’t like either. That said, take the temperature of the room: this guy isn’t the savior of the country. he wants to divide us into neat little groups – that’s why this pic doesn’t offend me. None of us fit into neat little boxes.

There were 11 ensuing comments in response to her; some were civil, some not, and some completely insulting by all parties involved.

This was my response:

Lots of us weren’t comfy with the ‘temperature in the room’ during the very divisive 8 years of #44, but we didn’t have the media to express our discontent (other than FOX News, which the other more vocal side deemed crazy/racist/ignorant). If all you hear 24/7 is ‘Trump Is Evil’ and ‘Trump is Dangerous’ yep, everyone’s going to eventually believe that, whether it’s true or not. But actual truth is, this “divide” is simply a matter of POLITICAL STRATEGY by both parties. Nothing more nothing less & it’s been that way since the beginning of time when the first caveman decided he wanted something someone else wanted. Hatred & anger won’t change the very ambitious and agenda-laden nature of POLITICS–so you’ve just gotta learn to ride the waves or let yourself get pulled under by unnecessarily freaking out.

I appreciate your point, but this doesn’t feel like “political strategy.” it’s the vitriol on BOTH sides that makes me very very uncomfortable. And i agree with you totally on this: freaking out by getting pulled into the riptide serves no one.

I’ve voted Democrat and Republican and I’ve been a political commentator/writer/reporter almost a decade now. Trust me, we were exactly as upset about the last administration as all of you are, but we didn’t riot and block traffic or create orgs like ANTIFA or throw drinks in people’s faces or try to physically hurt people when we saw Obama t-shirts. The media is ginning up people towards violence, and even if it doesn’t “feel” like political strategy, I know for a fact that it is. The most basic nature of POLITICS is that both sides want to win elections. That’s it, pure & simple. As a result, one side doesn’t want the other to succeed, and will do anything/everything to make that happen. The difference that I’ve seen lately is that although most voters still want what’s best for our country, there are factions involved–including the mainstream acceptance of the Democrat Socialist Party and Communist groups–that want the opposite. These groups are the ones pushing for things like open borders & getting rid of organizations that actually protect our country. They are the ones trying to silence free speech and deeming the verbiage that’s acceptable to them, and making things like ‘patriotism’ a racist ‘white people’ thing. I’ve already apologized to our mutual friend for posting here, but there are so few calm voices out there (on both sides) that I just had to put in my 2 cents. Blessings to you & yours.

And her final response to me:

“Anne-Marie – Like you, I’ve vote the way I want and I’ve worked in the media my whole adult life, so like you, i see (and have!) cynicism for both sides BUT! I LOVE your comment. I rarely post and I hope I was as respectful to you as you were to me. Take care – you made my day.”

So yes, while many social media exchanges don’t work out like this, sometimes they do. And if not for the person you’re trying to debate, perhaps it helps others reading along and setting a precedent for future posts.

Is civility worth the effort? Maybe not so much if someone throws a drink in your face or knocks your hat off…But having a calm dialogue on social media with someone who disagrees with you? Absolutely.