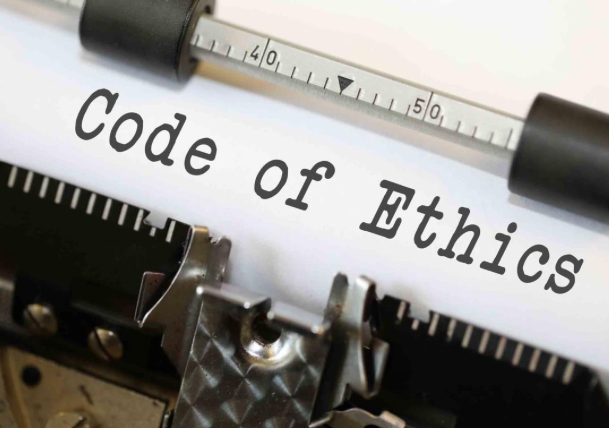 What would happen if we lived in a country without due process? According to the U.S. Constitution as interpreted by the courts, a person cannot be “deprived of life, liberty, or property, without due process of law.” Though it is definitely a legal concept, due process means that a person cannot be accused and swiftly punished without regard to their legal rights. Simply put, every U.S. citizen has the right to a fair trial and/or proper legal proceedings. This applies to the federal and state governments and can extend to organizations who have personnel manuals for settling employee disputes.

Unfortunately, in practice, MSM can effectively suspend due process and issue judgment against a person. Obviously they can’t physically jail a person but it they have the power to seriously damage, if not all together ruin, a person’s reputation and by extension their earning ability. They can all but sentence someone to exile. MSM is engaging in yellow journalism to perpetuate the idea that any and all persons of fame and/or wealth are to be treated as guilty if accused. Free speech and a free press are central to the American ideals of freedom, but so is due process.

The most recent example is Morgan Freeman. I know nothing about the man other than he is a great actor. Whether he is innocent or guilty of the accusations leveled against him isn’t as important as the manner and method by which he has been accused and for all intents punished. CNN published an article accusing Freeman of harassing various females. The article is nothing new, but what is new is that one of the co-authors of that article is also one of Freeman’s alleged victims. Aren’t reporters supposed to report objectively on events? How can a reporter be objective if they themselves are part of the story?

The reporter (a CNN employee) filed a complaint regarding Freeman with CNN Human Resources who passed the matter on to Warner Bros. Human Resources (Freeman’s employer). Both organizations are owned by the same entity: Time Warner. No disciplinary action was taken against Freeman for lack of evidence. I’d sure hate to work for an entity where HR cannot find cause to punish me yet turns around and reports the accusations as though they were fact to the public.

Even more alarming is that Visa immediately cut ties with Freeman, undoubtedly costing the actor quite a bit of money. If that weren’t bad enough, the Screen Actors Guild is considering whether to strip Freeman of a Lifetime Achievement Award they gave him in January. I think it goes without saying he is now persona non grata in many places.

What in the world has happened to this country? All it takes is for a source like CNN (which has dubious credibility to say the least) to accuse someone of sexual harassment and that’s it? Everyone is going to take CNN’s word for it? Is it now ‘guilty until proven innocent?’ Freeman wasn’t even accused of rape but punished as though he were guilty of it. No formal trial took place.

Did you know that professional journalists have an ethics code? You can read it HERE.  Of course any hopes that it actually means anything were quickly dashed upon seeing the top of the page, which illogically claims that the 1st Amendment is under assault. How? In my book President Trump should go down in history as ‘The 1st Amendment President.’ Name another country where the leader is continually criticized, disrespected, misrepresented, and continually opposed by the press of that nation. I haven’t seen Trump shut down any news organizations. I haven’t seen him pull the plug on MSM outlets that use disgraceful and vulgar language directed at him and his family. The man is President of the United States. People show their true ignorance by resorting to crude and obscene words to express their point of view about the Office holder…totally disrespecting the Office itself.

Even the MSM doesn’t believe in the nonsense they perpetuate about the 1st Amendment. Let me get this straight: MSM says Trump presents a serious threat to a free press and free speech, our most important freedoms along with the seemingly forgotten concept of due process. However, these same people oppose the 2nd Amendment ‘right to bear arms.’ That makes no sense. If they actually believed free speech was under assault, the last thing they should want to argue for is disarming the population. If taken away, how would free speech be restored? With words? If there is no free press what good are words?

MSM will always scream about anything that infringes on their concept of a free press. Indeed, the courts have typically ruled that public officials can’t sue the press because it would blur the lines between free press and government censorship. MSM’s abuse of free speech can’t be solved by the government or legislation. Therefore it’s up to individual citizens to do it in the form of lawsuits that have serious financial consequences.

It was heartening to see Morgan Freeman threaten legal action against CNN if it didn’t retract its story about him. So far CNN has refused to issue such a retraction. I hope Freeman presses the issue. Carol Burnett successfully sued The National Enquirer for libel and actual malice in the 1970’s. Freeman’s lawyer raised some excellent issues that cast doubt on the veracity of CNN’s story as well as the true motives for writing it. If it went to trial it could be a landmark event because a court of law may officially label CNN for what it is: tabloid journalism. Such a proclamation would lead to greater liability and in turn hopefully lead to responsible reporting. CNN would be more careful if they knew someone could fight back for a change…if there were actually real consequences.

In the REAL world proving sexual harassment in the workplace is very hard to do. In most cases the accused will prevail even if they are guilty. It’s frustrating to see such injustice.

However, the answer does not lie in vigilante justice. CNN proved only one thing: If you disagree with an HR decision in regards to sexual harassment, no problem. If you have access to a powerful MSM source, you don’t have to be bothered by due process. You can play judge, jury, and executioner yourself.

For the other 99.9999% of the population…too bad. You will undoubtedly find that your local newspaper isn’t so willing to level serious allegations especially if your HR department took no action.

In the real world if you throw accusations at a powerful/respected member of the community, don’t expect much cooperation. Local/Regional newspapers don’t operate like CNN. If those newspapers write a hit piece on someone of prominence, local politicians can cut them out of the loop, the accused can bring a strong lawsuit, and ultimately the newspaper can be ruined and so can you. MSM perpetuates a myth that it’s easy to hold even the most powerful of persons accountable for their crimes. The reality is that the average person has very little chance of seeing justice, especially if the crime occurred decades ago.

MSM has become the primary means by which the seeds of division are planted and perpetuated in this country. It has taken on an overly self-righteous tone and emphasizes our differences, not our shared values. Everyone deserves justice…but justice isn’t always swift. Taking matters into one’s own hands isn’t the answer. Lasting solutions take time.

STEM and COLLEGE: Perhaps It’s Not for Everyone