Every day we are hearing more and more about how President Trump is “hurting families” by enforcing our immigration laws. But there is so much more to the story. 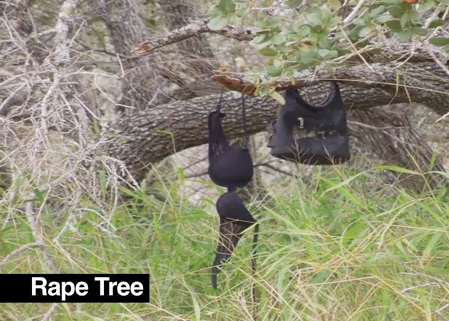 In 2015, a film called The Border States of America was released. It explained in detail the many dangers American citizens face from our unprotected borders. But it also chronicled the immense horrors women and children face trying to cross the desert to enter our country.  Not only do they face  dangerous, predatory animals, but people as well.

From The Border States of America:

An unprecedented wave of illegal immigration is washing over America, threatening the fabric of our nation. But the Obama Administration refuses to enforce our immigration laws, resulting in tens of thousands of people illegally entering the US. Now, our new film reveals the full scope of this crisis.

The Border States of America takes viewers from the Rio Grande Valley to towns across the country, telling the story of human smugglers and drug cartels who profit from Obama’s policies; of American citizens whose lives are put at risk; and the social and economic toll on our communities. We cut through the fog to bring you the truth about what is really happening with the border crisis.

Television and film star Nick Searcy has come on board to narrate The Border States of America. He is an accomplished actor, director, and producer with a career spanning more than 30 years in cinema, television, and on the stage. With dozens of starring and supporting roles across a wide range of feature films and TV shows under his belt, we couldn’t be more excited to have him help tell this story.

Visit http://www.theborderstatesofamerica.com for more information, and please watch this complete version of The Border States of America.