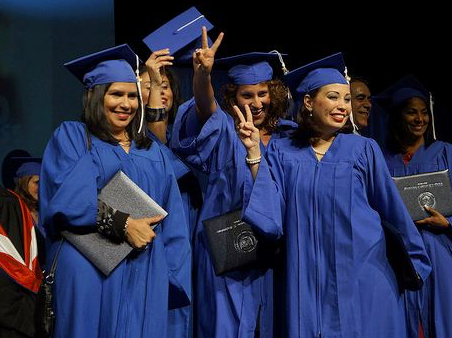 Much to-do has been made over affirmative action policies lately with Harvard University being the latest to find itself in court defending policies regarding how they determine who of the 200,000 applicants over the past six years get into those hallowed halls of leftist indoctrination. Harvard is being sued by those that believe that affirmative action is denying admission to better qualified individuals simply because they are not a member of a “protected minority class.”

What will be most interesting about this lawsuit is the fact that thousands of pages of documents relating to how Harvard makes decisions on their application. It is likely going to produce some surprises and highly questionable processes.

While several other legal cases have been brought over the years by those who believe that affirmative action (as defined by popular description) is prima facie evidence of discrimination against non-minority (read, white) applicants. Unfortunately, none have been successful.

If one is to examine this issue with any sort of objectivity, some questions need to be asked:

Not only is the process very likely more political than objective, in many cases it is causing schools to water down their standards in order to meet either expected or self-imposed “quotas” that are often arbitrarily set based on criteria that have nothing to do with academic success.

Meanwhile, applicants who are not minorities can never know precisely where they stacked up against other applicants, whether they honestly did not meet the criteria other than race or whether they were overlooked simply because of “whiteness.”

Affirmative Action – most of all – should be considered a direct insult to every minority student in the country. Effectively, what Affirmative Action says to the minority student is, “You aren’t good enough for our school on your own merits, you have to have extra help.” If I were a high-achieving minority student, I’d certainly question whether such an institution was a good fit for me. Would I not wonder for the next four years whether I would be treated as an equal to the other students, or was I being graded on a curve that made me think I was “good enough” without being “good enough.”

But the bottom line question that should have been asked fifty years ago or more is this:

Do we really want a truly color-blind world where all human beings are treated equally? Or do was want to allow policies like Affirmative Action to taint the world and allow the holier-than-thou elites in the world to virtue signal with enrollment statistics while bending that grading curve enough to set the average minority student up to fail in the end or continue his life asking, “Was I really good enough on my own, or was I given a pass to make some college brochure look better?

Lots of questions that will never be provided with answers unless minority students are truly given the opportunity to excel on their own merits – to compete in the world as full equals. Only then will they be able to stand tall and look that chancellor in the eye on the graduation stage knowing that they are just as good as the person ahead of them or behind them in the line as they receive their degree.

The Border States of America: The TRUTH About What's Happening at Our Borders