Just two days after The Roseanne show was canceled by ABC, following the show’s star making a racist tweet against a former advisor to President Obama, another comedian, Samantha Bee, made a vulgar sexist attack on President Trump’s Daughter and White House Adviser Ivanka Trump on her TBS show “Full Frontal”.

I wrote in an OpEd earlier this week on Politichicks about the blatant double standard and hypocrisy of liberal Hollywood today. Here we are with yet the latest example in a long line of situations just like this one.

The Walt Disney Company, which owns ABC, made a swift move to cancel Roseanne’s show without any regard for the other members of the cast and crew, without even giving her a chance to explain, even though she immediately apologized. And the issue at hand took place on Roseanne’s Twitter, not on her show. 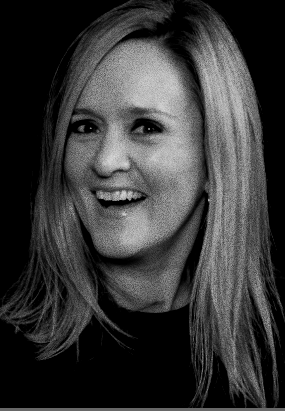 Samantha Bee, on the other hand, said the following on her TBS show:

“Ivanka Trump, who works at the White House, chose to post the second most oblivious tweet we’ve seen this week. You know, Ivanka, that’s a beautiful photo of you and your child, but let me just say, one mother to another, do something about your dad’s immigration practices, you feckless c***! Put on something tight and low-cut and tell your father to f***ing stop it. Tell him it was an Obama thing and see how it goes, OK?”

Today Samantha Bee released an apology, as did TBS.

Wait, what’s that you say? Where’s the rest? What else did they do?

Oh come on, you all should know by now how this goes!

Samantha Bee is a liberal who attacked President Trump. There is no punishment for that. Samantha Bee still has her show!

Roseanne, on the other hand, attacked an advisor to their beloved former President Obama. Punishment came down from the heavens of Hollywood like a bolt of lightening and canceled her show. But the media has told you they did this because it’s about race and their values, right?

Samantha Bee just called the President’s daughter a very degrading sexist name. In the era of “Me Too” I thought women’s right were as important as issues involving racism. Just think if it was Chelsea Clinton who was attacked with such a name, or one of Obama’s daughters. All of Hollywood’s feminists would be marching in the streets. Where are they now?

Liberals excuse attacks on conservatives or anyone who would dare say they are “pro-Trump”. They say “it’s not as bad as what Roseanne said” or even “racism is worse than sexism” in a desperate attempt to keep the moral high ground. If a conservative argued that one “ism” isn’t as bad as another, judgment would rain down on that person.

Liberal Hollywood is the equivalent of “bad parents”. Parent who never hold their kids accountable for their actions, never make them responsible, nor punish them. In some cases, they may even end up awarding the bad behavior. Yet they can’t understand why their kids keep causing problems. These liberal celebrities are like “spoiled children” who know they can say and do whatever they want and mom and dad are not going to do anything more than a slap on the wrist. If there is no repercussion, why would they stop? Why would they change their behavior?

As most bad parents would say, they think they are GREAT parents! Better than you! They don’t see what everyone else sees. They don’t see that their kids are spoiled brats and it’s because of what they have allowed them to get away with.

It’s the same thing you see with entertainment companies. For example, Disney. They put out statements that just reek of self righteousness, which has become the M.O. of Hollywood. They have justified a lot of their bad behavior with this self righteousness. They make it out that President Trump and anyone who would support him is “evil” and therefore they are noble in their cause to silence and destroy them. They are so lost in their delusions of moral grandeur that they don’t even realize, it is their actions, their behavior, that are the definition of tyranny.

That is why we continue to see these kinds of attacks coming from celebrities. Samantha Bee is far from the first, and won’t be the last. They can get away with it, and they know it. In fact, it makes them folk heroes in their elite circles of the industry.

Yes, they may have to apologize, which isn’t hard for an “actor” to do. Heck, they don’t even have to be sincere. Remember Jimmy Kimmel’s so-called apology to conservative talk show host Sean Hannity? Ironically, Jimmy Kimmel’s show is on the same network as Roseanne. Where was that lighting bolt of judgment from Disney with Kimmel’s racist and homophobic remarks?

I really would love for Disney’s CEO Robert Iger to enlighten us on these “values” they keep referring to. Values that led to the immediate cancelation of Roseanne, while they have a habitual habit of letting the likes of Jimmy Kimmel, Joy Behar of The View, Jemele Hill of ESPN, Keith Olbermann, who is now on ESPN, off the hook. Add to that, the news this week that Disney is considering allowing John Lasseter back even though sexual misconduct allegations remain. To me the only thing constant in Disney’s values, are their hypocrisy.

Now don’t get me wrong, I don’t think that the norm should be to cancel someones show, or ruin their career, over one issue. I believe in “teachable moments” and that people should be given a “second chance” for words spoken. Companies like Disney, though, set the bar for appropriate punishment with how they handled the Roseanne issue. Shouldn’t that punishment be consistent across the board, regardless of the political affiliation of the accused? To hold two different set of standards is discrimination in itself.

Liberal Hollywood will continue to be “bad parents” and celebrities will continue to be “spoiled brats” until they pay a price. It’s up to the American people to send a message to these entertainment companies. We send that message with our wallet. Just like the NFL, “America’s Sport”, learned quick that America could do without football when their values were offended. The entertainment industry can learn a very similar lesson. Hollywood isn’t going to change their politics, but they can be taught to abide by one of the values they claim they embody – tolerance. If they want America’s business, they will learn to look at Americans not based on political affiliation or ideology, but as what they are supposed to – paying customers. Or as Disney would call them, “guests”.

Prager University: Are Some Cultures Better Than Others?