All of us at PolitiChicks are thrilled that the movie about our country’s biggest serial killer, Dr. Kermit Gosnell, finally has a theatrical release date!  After almost 4 years of waiting, this October folks all over America will be able to see the film.

Gosnell: The Trial of America’s Biggest Serial Killer” stars ‘Superman’ Dean Cain and one of our favorite PolitiDudes, AlfonZo Rachel. It is directed by “Peabody award winning international film and television star” Nick Searcy.  Also–watch for our own Ann-Marie Murrell, who makes an appearance in the film as a political reporter, and in a crowd scene protesting are two of our favorite PolitiChicks, Julia Seay and Brooke McGowan.

Story of abortion doctor Kermit Gosnell, “America’s most prolific serial killer,” to be released in over 600 theaters this October
Los Angeles, CA 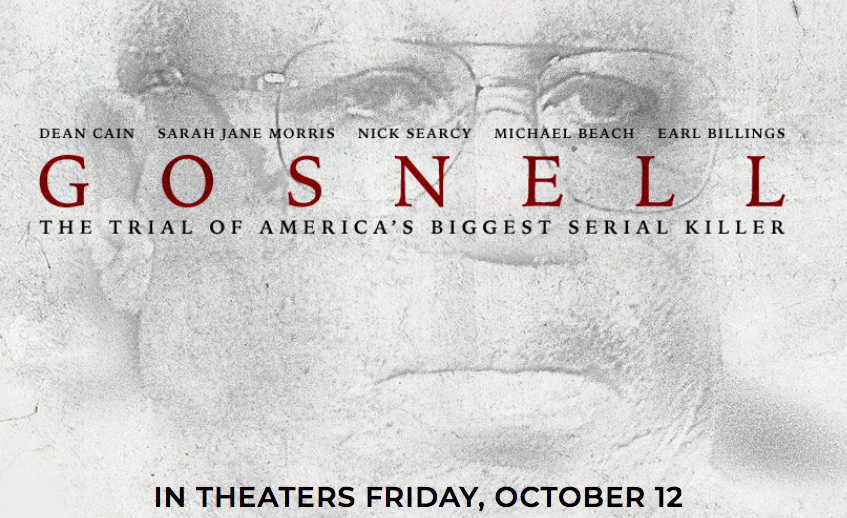 GVN Releasing and Hat Tip Films announce the release of Gosnell: The Trial of America’s Biggest Serial Killer in over 600 theaters nationwide this October 12, 2018.  The film is based on the shocking true events surrounding the arrest, trial and conviction in 2012 of abortion doctor Kermit Gosnell who ABC News described as “America’s most prolific serial killer.”
The film stars Dean Cain, as the lead detective and Sarah Jane Morris as the assistant district attorney risking their careers pursuing the case against Dr. Gosnell as they battle the respected doctor who they believe has been killing in plain site and protected by a political establishment content to look the other way.  Dr. Gosnell was exposed following a routine investigation into illegally sold prescription medication.  This quickly led to the discovery of murdered children and the deaths of several female patients.  The film, which was funded by a record-breaking crowdfunding campaign, also features Michael Beach, Janine Turner, Alfonzo Rachel and Earl Billings as Kermit Gosnell.
Stepping behind the camera to direct is actor Nick Searcy.  He recently had roles in Academy Award nominated Three Billboards and the Academy Award winning The Shape of Water.  Mr. Searcy also plays the defense counsel for Dr. Gosnell.   Searcy noted, “We tried to make an informative and riveting film that both sides can watch, that simply tells the truth about these crimes, and I believe that we succeeded. I could not be more pleased that the work of this fine and brave cast and dedicated crew is finally going to have the theatrical release it deserves.  No matter what your stance is on abortion, you will have a more informed opinion after you see Gosnell.”
Dr. Gosnell is currently serving life without parole for the murder of three infants in his clinic along with the involuntary manslaughter of a patient. It is thought in a 30-year killing spree he murdered hundreds perhaps thousands in his clinic.
The trial became a national talking point after it went mostly uncovered by national media outlets despite the massive body count and sensational evidence.  Conservative commentators accused the liberal journalists of not wanting to highlight a case that would portray abortion in a negative light.  After a massive social media campaign alleging a cover up by highlighting the lack in media coverage, the case was eventually covered by several national media outlets.
Investigative journalist turned filmmaker Phelim McAleer attended the Gosnell trial and said it was one of the most shocking cases he had ever covered.
“I covered the Northern Ireland troubles – with its bombs and murder and mayhem and I worked undercover investigating baby trafficking rings in Cambodia and Vietnam but this was by far the most shocking evidence I have ever seen or heard. But almost just as shocking was the empty courtroom.”
Believing this to be one of the most compelling trials and murder cases in modern history, McAleer and his producing partners Ann McElhinney and Magdalena Segieda raised $2.3mm for the film’s production through a record-breaking crowd-funding campaign. Initially the group was kicked off the crowdfunding platform Kickstarter, who said the details of the case would offend their community” However the producers soon found success with Indiegogo and the film was funded by over 29k contributors.  At the time of the campaign, this was the most money ever raised for a film on Indiegogo.
Producer McElhinney noted, “We are so excited to be partnering with GVN Releasing to bring this important film to audiences across the country on the big screen.  As a producer you want to work on content that matters and this film matters.” Geno Taylor the CEO of GVN noted, “I’m privileged and honored to introduce Gosnell into the marketplace. As Denis Waitley once said; ‘Life is inherently risky. There is only one big risk you should avoid at all costs, and that is the risk of doing nothing'”
For more information about the film visit www.gosnellmovie.com or for more information about GVN Releasing visit www.gvnreleasing.com.
https://www.hollywoodreporter.com/news/gosnell-abortion-doctor-movie-gets-distribution-deal-1123421
To request an interview, contact Bethany at [email protected]
Share
Facebook Twitter Pinterest Reddit Share via Email Print