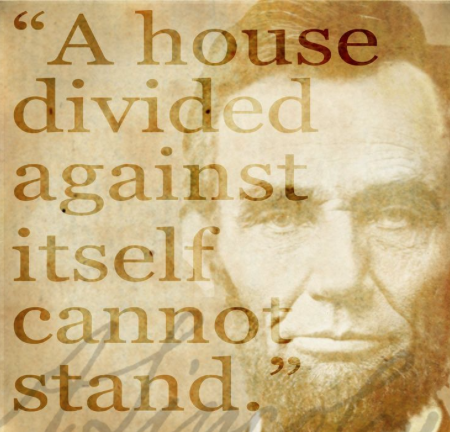 “Prohibitionism never works” is a cliché. And like most clichés, it’s true and not true at the same time.

Everyone believes that prohibitionism works and never works. The progressive advocating for drug legalization believes just as fervently in the power of gun control as in the futility of banning pot. He doesn’t see the contradiction, because he knows that the drug laws never stopped him from getting high. But he would never want to buy guns, legally or illegally. So banning them should work.

We ban all sorts of things. Many of them, like nuclear bombs or lethal toxins, are things that few would want. So prohibiting possession of them works fairly well. But when there’s significant demand, then no amount of legal and social sanction can stop a black market from continuing to operate in the shadows.

Prohibitionism won’t entirely wipe out that black market. But that doesn’t mean we should stop trying.

Nothing is as reviled in our society as the sexual abuse of children. Hardly anyone in the United States, on the left or the right (Some of Europe’s Green parties have tried to legalize pedophilia, and the New York Times and Gawker, in its glory days, had pieces defending it) will advocate legalization.

Operation Broken Heart recently made 2,300 arrests for everything from child pornography to child trafficking. The investigation, which ran from March to May, received 25,000 tips. Those are horrifying numbers. And they show that, as the cliché goes, prohibitionism doesn’t work. It hasn’t stamped out traffic in the vilest crime that we can possibly imagine. But that also shows the limits of the cliché.

No law will ever entirely wipe out certain crimes. But prohibiting them limits their prevalence. And it reduces the number of innocent victims. 2,300 or 25,000 are both horrifying numbers. But imagine how high they would be without prohibitionism. The laws we take for granted today weren’t always there. 19th century moralists campaigned hard for them by exposing the abuse of children in London and Paris.

Prohibitionism has a strong moral component. That’s why it doesn’t work without social sanction.

Like Prohibition era cops raiding speakeasies and smashing barrels of moonshine with sledgehammers.

The left dismantled social sanctions on drug use and gay marriage, but has spent three times as long trying and failing to impose social sanctions on gun ownership. That’s because dismantling social sanctions is easy. All it takes is demonstrating that a significant section of society practices the sanctioned behavior with no consequences. And is perfectly happy to go on doing so indefinitely.

Social sanctions can’t be imposed on a divided country. And that’s just as true for the left’s sanctions.

The left has failed to realize that it is much harder to build values in a divided society than to take them apart. If Kansas can’t change Hollywood, why should Hollywood be able to change Kansas? The cultural elites wanted immunity from the community values of the heartland. But having won all those battles, they hypocritically turned around and tried to impose their own values on the heartland.

Hollywood has replaced the Hays Code that governed what could be shown on the screen with its code that, like the Hays Code, is designed to socially engineer values throughout the entertainment industry. This Hollywood Code, with its codicils about diversity, environmentalism, hostility to the military and endorsement of progressive values, is only faintly codified. But virtually everything you see projects it.

But it is even more difficult to embed values remotely than it is to govern a country from far away. Making policy for the whole country in the Washington D.C. bubble backfires. Making values for the country in the Hollywood, Harvard and Manhattan bubbles is an even more doomed political project.

The left’s moral panics, over gun control or global warming, are amplified through the megaphones of popular culture, academia and the media. They are dressed up in the traditional images of victimized children and total catastrophe. Not to mention the lab coats of science. But each time the panic comes up against the existence of the gun owners and truck drivers of the other half of the country.

Our values reflect how we live. And people in Iowa and Nebraska are not going to live like New York or San Francisco no matter how much they’re scolded and hectored by their bicoastal betters.

When a society is united, then its moral panics are aimed at pockets of misbehavior in the lowest and highest social spheres. But when it’s divided, then the moral panics are aimed broadly at the way the other half lives. And these panics serve only to reinforce the sense of superiority of the panickers. Every failed gun control bid ends with blue state lefties sighing in relief at their infinitely better way of life.

Punitive prohibitionism in a divided society is just tyranny. All it does is deepen the existing social divide.

Social sanctions don’t work when a society can’t agree on a common set of values. Attempting to impose them anyway leads to a social civil war of the kind that made President Trump a reality.

“A house divided against itself cannot stand,” Lincoln famously observed. Political divisions can be endured, but sustaining moral divisions in a single country requires an even greater compromise. And the left is not about to accept the same moral libertarianism that it had demanded throughout the twentieth century. It is convinced that it won. And winners don’t compromise. They take everything.

But the left didn’t actually win. It just wrecked the house. It didn’t unite the country under its values. Instead its social catastrophes are destroying the very idea of values around the country and the world.

Our values originated in religion. And that is declining across the country. They originated in communities that are being fractured by nationalization, globalization and the internet. And the left’s ideology will never replace religion and community for more than a tiny fraction of the population. Its experiments in the Soviet Union, the People’s Republic of China, Cuba and Europe have shown that.

While the 1% of the leftist cult actually run a society, the other 99% retreat into hollow pursuits. Birth rates fall, suicide rates rise, alcohol and drug abuse run rampant as people lose any sense of purpose.

We are beginning to see the same situation in the United States of America.

Prohibitionism represents a failure of values. Sometimes these failures are local. Other times national.

Even the most morally divided society can still occasionally agree on things so reviled that they must be prohibited. But our society is losing its values and those we have are increasingly not the ones we have in common. The civil war tearing apart this country has its origins not in violence, but in values.