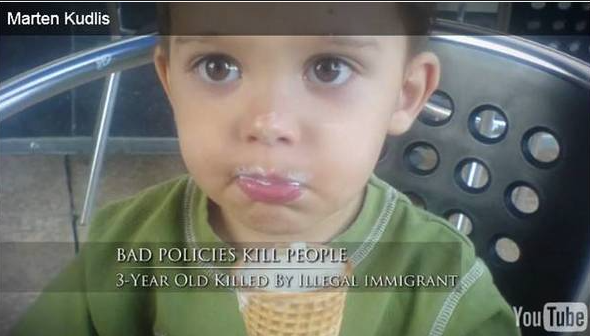 In 2008, Colorado separated a Jewish boy from his parents.

Marten Kudlis was separated from his parents while waiting for his mother to bring him his ice cream. The 3-year-old boy who had just been playing in the park never got his ice cream.

Instead Francis Hernandez, an illegal alien driving 81 miles an hour, slammed into a pickup truck, killing the two women inside, and smashing it through the glass wall of the Baskin Robbins.

Blood and broken glass covered the floor. Little Marten, who had just learned to ride a bike, died of a slashed jugular vein and was buried with a teddy bear. 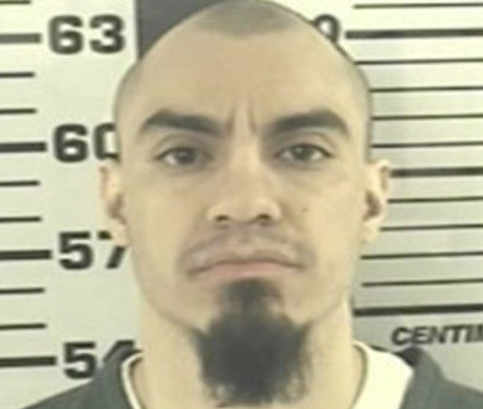 Francis Hernandez had been arrested 16 times in 5 years without ever being turned over to immigration authorities. That failure to enforce immigration law separated a little boy from his family forever.

Advocates for illegal migration claim to be outraged by family separation. They want illegal alien invaders like Francis to go on separating American children from their families. What the fake news media falsely calls family separation is just arresting illegal aliens like Francis instead of releasing them. When previous administrations failed to enforce border security, they separated American children like Marten and many others from their parents forever. And the blood of those children is on the hands of the posturing politicians, activists and pundits who want to unite illegal aliens and separate Americans.

In February 2018, the United States government separated Grace Aguilar from her parents. 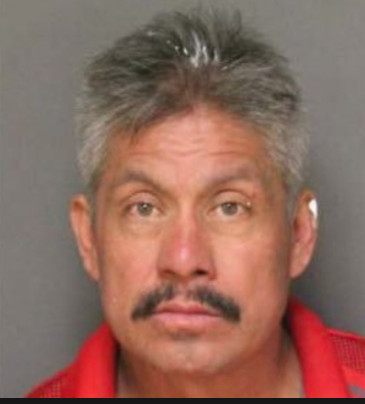 Grace was a bright and cheerful 6-year-old girl. While she was sitting by her favorite tree in the front yard of her family home, Maximino Delgado Lagunas, a Mexican illegal alien who had already been deported twice, ran her down.

The illegal alien’s blood alcohol limit was three times the legal limit. He had been arrested before for a DUI, but was put back on the street by local cops instead of being turned over to immigration authorities.

Sanctuary city policies separated Grace, whose parents had tried to have children for 8 years, from her parents. The illegal alien who killed her had been deported twice, once under Bush and once under Obama. The combination of lax border security by these two administrations and local sanctuary policies permanently separated the little girl and her parents. Unlike the illegal migrants whose plight is playing out on every cable news channel, the Aguilar family will never get their daughter back. 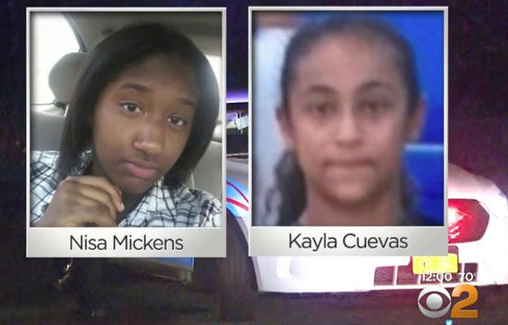 16-year-old Kayla Cuevas and 15-year-old Nisa Mickens were separated from their parents when they were battered with baseball bats and butchered with a machete in a suburban cul-de-sac by illegal alien MS-13 members.

The brutal illegal alien assault left the bodies of the African-American teenage girls, who had been out celebrating Nisa’s birthday, barely recognizable.

“There are days where you feel like you want your world to end, just like your child’s,” Kayla’s mother said. “Then you realize you have a new purpose: to fight, so that your child’s death is not in vain.” 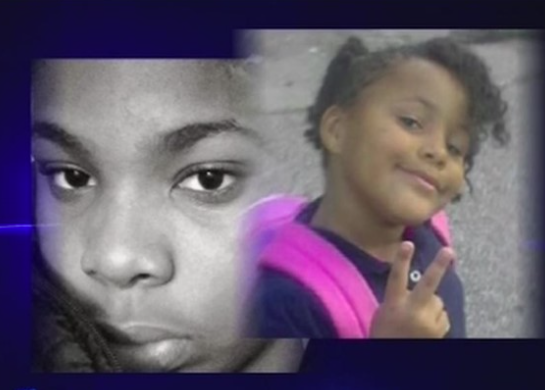 10-year-old Alena Clay was separated from her family while walking down a bike lane with her 16-year-old sister and two other girls. Juan Carlos Ortega-Santos, an illegal alien, had no driver’s license, no insurance and his blood alcohol level was far over the limit. 16-year-old Tyeisha Lacy, Alena’s sister, pushed an 8-year-old girl out of Juan’s way. But Juan slammed into the two Lacy girls killing them both.

“He will never know the extent of the damage he did,” Lakeenya Lacy, Tyeisha’s mother, said in court. “You did not just take their lives. You took other people’s lives with them.”

4-year-old Ellie Bryant and 22-month-old Grayson Hacking were separated forever from their mother when Margarito Quintero Rosales slammed head on into their car. Ellie, Grayson and Courtney Hacking’s husband, Peter, were all killed.

Rosales had been previously deported and had no license. He was sentenced to two years in prison.

15-year-old Genesis Cornejo-Alvarado was separated from her parents when two illegal alien MS-13 gang members killed her in a satanic ritual after previously raping her and a 14-year-old girl. 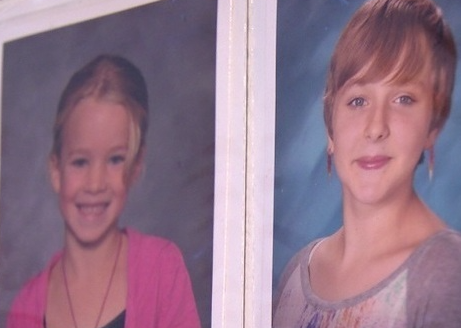 11-year-old Abigail Robinson and 6-year-old Anna Dieter-Eckerdt were separated from their parents while playing in a pile of leaves. Cinthya Garcia-Cisneros, who ran them over, was an illegal alien and one of Obama’s DREAMERs. Despite killing the two girls, she was released from jail and allowed to apply for a Social Security number and a work permit. And that is exactly what illegal alien advocates want.

When illegal aliens separate a child from her parents, no power on earth can undo that separation.

The sheriff’s department and volunteers searched hundreds of acres for 14-month-old Owen Hidalgo-Calderon. The body of his mother, 18-year-old Selena Hidalgo-Calderon, had already been found.

Evarardo Donoteo-Reyes, a Mexican illegal alien who had already been deported twice, and convicted once of illegal entry, was charged with moving her body. 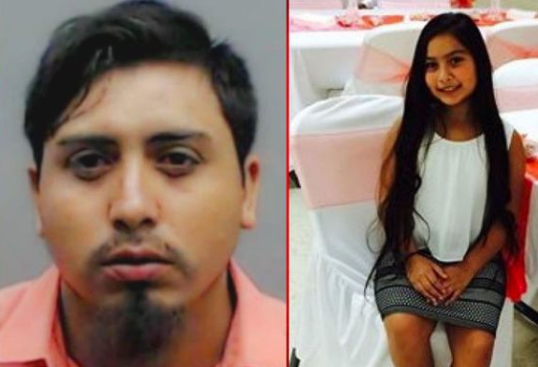 10-year-old Kayla Gomez-Orozco went missing after church. Her body was later found in a well. The accused murderer was Gustavo Zavala-Garcia, her previously deported illegal alien uncle, who allegedly sexually assaulted her, beat her with a blunt object, choked her and then drowned her in the well.

But sometimes illegal aliens don’t even bother separating parents and children. Marco Tulio Hernandez Ramirez was driving his employer’s van when he slammed into the Cannon family’s Toyota Camry.

His blood alcohol level was three times the legal limit, he didn’t have a license and was driving on the wrong side of the roadway. But the illegal alien survived to become a 40-year burden on taxpayers. 5-year-old Rose Marie Cannon didn’t. Neither did Katherine Cannon and Russell Cannon.

Rose Marie had been given a dollar to spend as the family headed out to do their Christmas shopping.

“And she died with that dollar in her hand,” Louise Cannon, Russell’s mother, said. “That’s the most heartbreaking thing.”

“He gave them the death sentence,” she said of Ramirez.

But it wasn’t only Ramirez who did that. Ramirez had been deported before, but there he was back again. The failure to enforce immigration laws separated Rose Marie forever from her family.

America is full of angel dad and moms whose children were separated from them by illegal aliens.

Ray Tranchant was separated forever from his 16-year-old daughter Tessa, when Alfredo Ramos, a drunk illegal alien, slammed into the back of their car.

“My idea of heaven”, Tessa had written in her journal, “is a nonstop vacation on a tropical island … all the people I love would be there with me.”

Ray Tranchant has been fighting to prevent other American families from being separated from their child.

And he’s not alone.

The victims are all around us. These are only a handful of their stories. They are members of every race and religion. Some were born in this country and others came here as legal immigrants.

We have a choice to make.

Either we can detain illegal migrants crossing the border or we can let them all in. We can take the Merkel way out and hope that the family that pays the price for illegal migration isn’t our own.

There are no apologies or excuses necessary for detaining illegal aliens who illegally cross the border. Even if we set aside minor matters like national sovereignty and the rule of law, the stories of these murdered children provide ample justification for arresting every single illegal migrant.

Either we separate illegal migrants from this country. Or they will go on brutally tearing families apart. And if we allow them to use children as human shields, then American children will pay the price.

President Trump has called the media the “enemy of the American people.” It’s not just the enemy. Its manicured hands are covered in the blood of American men, women and children. The media advocates for drug dealers, for Islamic terrorists and for illegal aliens. The more Americans they kill, the more the media cheers them on. The media’s lies aren’t just tearing apart the country, they’re killing children.

Glazov and Greenfield: Can a Devout Jew Be a Leftist?