“I don’t know what happened,” Kate Spade’s 80-year old father said.  “The last I talked with her, the night before last, she was happy planning a trip to California…”

This Tuesday, fashion designer Kate Spade was found dead of suicide in her Manhattan apartment. Her sister and husband both confirmed that Kate was bi-polar and had been battling depression most of her life.

She had recently sold her company to Coach for over $2 billion, and reportedly strived to keep her mental illness from the public, believing it would hurt her brand…

And on Friday, news was released that celebrity chef and author Anthony Bourdain had also killed himself.

It’s much too easy to say now, but I wish they had spoken up in some way and allowed someone to help them.

I personally understand that type of darkness, the utter emptiness, the way depression can suck you down into a place of nothingness, tricking and trapping you into thinking there’s no other way. By the time you are so far down, what began as “fixable” problem can chemically turn into a dangerous physical and mental disorder, and if you don’t get help and reach out to someone, it may be too late.

My depression began at age five when my father died in a car crash. He was my hero, so when he died I was completely lost. Back then children weren’t really allowed to talk about death, so I was left on my own to try to understand the meaning of death. Of course all the adults in my life were also in mourning, so the only way I could cope was to talk to kids at school about my father. I learned to exaggerate the story of his car crash to make it more exciting and ensure I had an audience. Unfortunately I became “that kid” on the playground, the one that the other children ultimately tended to avoid…

As I grew older, I dealt with depression in other ways, sometimes destructive, and oftentimes with the wrong people. But I thank God, literally, that even as a child I had the ability to express my problems–albeit in strange ways–and open up when the sadness came. 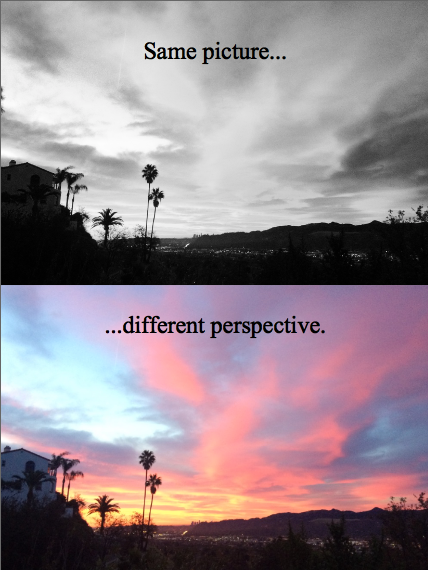 In a way, I’m doing that right now by writing this article, sharing my own story with so many out there who understand the very real issue of depression.

My personal strength today comes from my relationship with God, seeking Him in prayer when I can’t handle things on my own. In doing so, He has always given me the courage to continuously seek out people to talk to, including counselors, pastors, and even a psychiatrist or two.

I’ve needed lots of help the past few years to get through familial issues with MS, moving my parents out of their home and into assisted living, and a few months ago moving myself to Texas to help them full-time. That very familiar darkness could easily have taken over but I refused to allow it, making sure I surrounded myself with people who cared.  But it hasn’t been easy.

Bottom line: There is always another way other than death. Yes, your personal pain will cease but for the people left behind, their pain will increase tenfold in dealing with the loss of YOU. And no one wants to lose you.

If you are depressed or thinking of suicide, please reach out to a friend, a family member, a counselor, or just anyone who will listen. SOMEONE IS THERE, WAITING TO HEAR FROM YOU, including the Suicide Prevention Hotline: 1-800-273-8255

And yes, I have used this number before.

No one will ever “tire” of hearing from you, or trying to help you. Everyone has a role in your life–let them be there for you.

From REM, ‘Everybody Hurts’:

Prager University: The Suicide of Europe