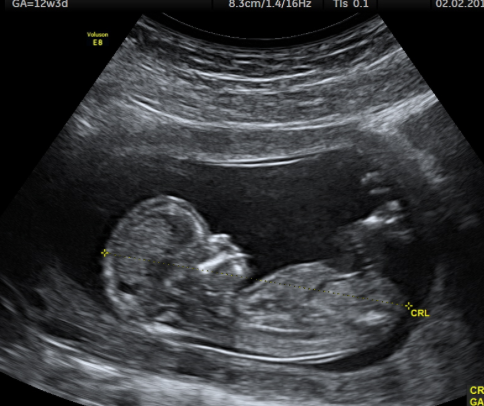 A DC area doctor will serve three years in prison for performing an abortion. How is this possible in the land of Choice and the home of “It’s not a baby! It’s just a clump of cells”?

Over 3,000 abortions occur every day with little, if any, notice. But in this case there is a slight technicality. You see, even though Dr. Sikander Imran exercised the Supreme Court given Right to terminate a pregnancy, he did it by slipping the abortion pill Misoprostol into his on-again-off –again girlfriend Brooke Fiske’s tea without letting her know that he was making a decision about their “product of conception” while the fetus was still gestating.

Now it would be understandable if the prosecution had argued, “It wasn’t his body, so it was not his choice,” but they didn’t go that route. Dr. Sikander Imran was not even prosecuted for the possible harm and emotional distress he caused his girlfriend. He was found guilty of “fetal homicide.” If nothing else, this case exposes the Left’s convoluted illogical logic in upholding at least three tenets of their most sacred rite of human baby sacrifice.

Progressive Tenet: The fetus is not alive.

As every good moderate American knows, the preborn cannot be alive – or else every single instance of abortion would be murder and might make those involved feel somewhat guilty. As one abortion provider spelled it out in Rewire News “after 21 weeks….fetuses look more like babies than the bundles of blood and tissue that constitute the vast majority of abortions. But if we are truly to defend access to abortion, and the personhood of pregnant people, we have to be able to say, unequivocally, that the aborted fetus is not a person. It is not a baby. It is medical waste.” This is literally not a great look for abortion providers, which is why, even though patients are encouraged to get second opinions, ask questions, and run every possible test for every little medical procedure in order to be as informed as possible, Planned Parenthood has fought ultrasounds tooth and nail.

Problem: You can’t murder, in the legal sense, a non-living object. West’s Encyclopedia of American Law defines murder as: “the unlawful killing of another human without justification or valid excuse, especially the unlawful killing of another human being with malice aforethought. If a fetus is not alive in the legal and/or medical sense, then how can Dr. Sikander Imran be guilty of “fetal homicide,” a crime which according to Progressives obviously cannot exist?

Progressive Tenet: Because a fetus is not alive, it is only a social construct, not a person and not allowed legal status or protection.

As OB-GYN Dr. Leah N. Torres told Rewire News “A person is a social or philosophical construct that, if applied to fetuses, will necessarily revoke the personhood of the pregnant person due to the ‘power’ imbalance and physical dependence of one upon the other.” Merriam Webster defines social construct as: “an idea that has been created and accepted by the people in a society.” Thus it appears that fetuses are not people solely because the abortion proponents in society have not accepted them as such. Case closed.

Progressive Tenet: Abortion is the ultimate insult to the Patriarchy .

As abortion champion NARAL proclaims, only the evil Patriarchy would seek to limit abortions.

Problem: This gets to the heart of the concept of intersectionality. Dr. Imran checks off all the correct Progressive boxes. He’s a minority, an immigrant of Pakistani origin, of Muslim heritage, and is now facing the horror of separation from his family and deportation after completion of his sentence. According to the Left’s narrative, Dr. Imran was set up by a white person of privilege, namely his fiancé, who cried “White Woman Tears” in order to stir the Patriarchy to prosecute and persecute a minority. Where is the outrage of the Progressive Left? They should be printing up “Free Sikander” t-shirts, staging marches and holding rallies at this very moment. But, given the Left’s appalling record of championing the truly egregious, it wouldn’t be surprising if they actually are.