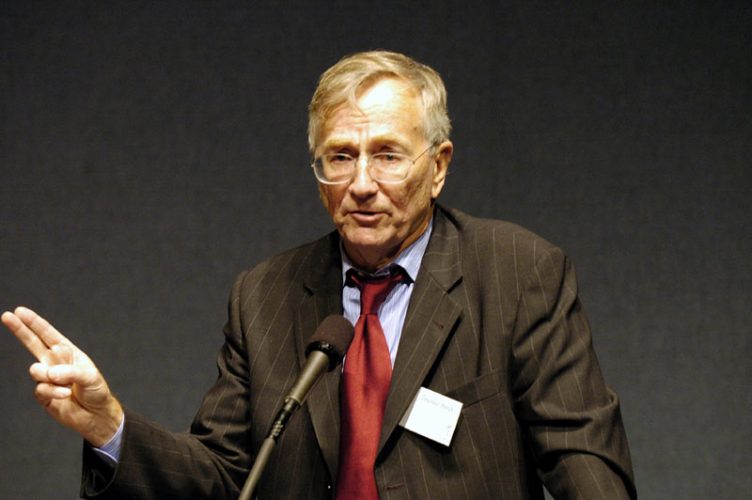 Like the old adage about a blind squirrel finding an acorn, occasionally someone on the left comes close to understanding Trump. And by close I mean they actually consider the thought that there is a method behind Trump’s actions. An example of that is Seymour Hersh in an interview with Don Lemon recently. During the discussion Hersh made these observations:

“I sometimes think we underestimate Trump…”

Really? I had no clue. Up until 9:00 on election night 2016 you all thought Hillary was a shoe-in. I guess all of us “deplorables” had our say. And he beat at least a dozen “established” Republicans in the primary. Poor Jeb! And Kasich (who’s father, in case you’ve forgotten, was a mailman).

It’s incredible the bubble these elites live in. Maybe if Mr. Hersh would actually leave the beltway and go talk to some of the voters in flyover country he might begin to understand. These are the folks who were told by Obama that their jobs weren’t coming back. Well, Trump is bringing them back. So it looks like they understood him…and made the right decision. He told them things they have wanted to hear for a long time and without pandering.

But here’s the catch–he’s actually doing them! That is a major reason why Hersh doesn’t understand Trump. The idea that a politician would actually follow-up their rhetoric with actions is a foreign concept.

Take Obama for example. He ran on hope and change. Yet after 8 years in office the economy was anemic and the unemployment rate in the black community remained high. So he did very little to help them. And for all the shouting over DACA these days, one forgets that it could have been fixed during his administration.

“He’s going up in the ratings the more we talk about him.”

Then keep up the good work there liberal media! This has been funny to watch because they can’t stop talking about Trump and he knows this. He knows exactly what buttons to push to get the media to react just the way he wants them too. And they can complain all they want but the President also has a First Amendment right and a majority of Americans who have been ridiculed for decades by the left are cheering Trump.

“Yes Trump went to the summit not knowing much about it and, yes, he doesn’t read anything and he’s famous for just running on instinct. He may just have some idea what he’s doing.”

How does he know Trump doesn’t read? They said the same thing about Reagan. And Trump may be famous but more importantly he is successful! So yes, Trump does know what he’s doing. And he is an expert at “reading” the media, which is obvious from his constant drubbing of them.

It’s one thing to use deception to beat your opponent. It’s quite another to do it right in front of them where they should see it but don’t. The media actually thinks they are winning against Trump. It is hilarious. And by the way, Mr. Hersh apparently doesn’t read much either. If he wants to figure out Trump there’s a book called “The Art of the Deal” that explains it all.

“He might just be playing a longer game than we think. It’s his game. We’re playing his game, that’s what bothers me.”

You mean Trump isn’t just a buffoon who flies by the seat of his pants? There might actually be a strategy? Not bad for someone who doesn’t read and runs on instinct. And what does that say about the intellectual elites like Mr. Hersh who spent years developing their nuanced world view.

In case you thought Hersh had no praise for Trump, he did add this:

Whoa. Did he just indicate he was glad Trump beat Hillary? Oh my!

But my favorite line from the interview was when Don Lemon said, “It sounds like you’re conflating the news media with the Democrat Party.”

Hey Don, news flash for you inside your wormhole bubble: The American people do see you both as one in the same. In fact they probably thought you were being redundant in that statement.

If you’re worried the left is starting to figure things out, take heart. The likelihood of the left (and the anti-Trump brigade) figuring out Trump and deploring an effective strategy is small. And you can’t beat an opponent who you don’t honestly study and treat in a serious manner. I see no signs of that happening on a wide scale.

In fact with every tweet, Trump is pushing these people further to the edge of the cliff. It’s not hard. They just need a nudge. Bush came close to it just by existing. Trump is not only existing, he is constantly beating them at their own game. I can’t imagine what state of mind these people will be in if Trump wins re-election (which is likely) or if the GOP keeps the House this fall. I hope they have room at the psych ward for Joey Scarborough if that happens.

In the meantime, the average American voter who is benefiting from the Trump Presidency shake their heads watching the meltdown spectacle unfold. Trump is indeed playing the long game.