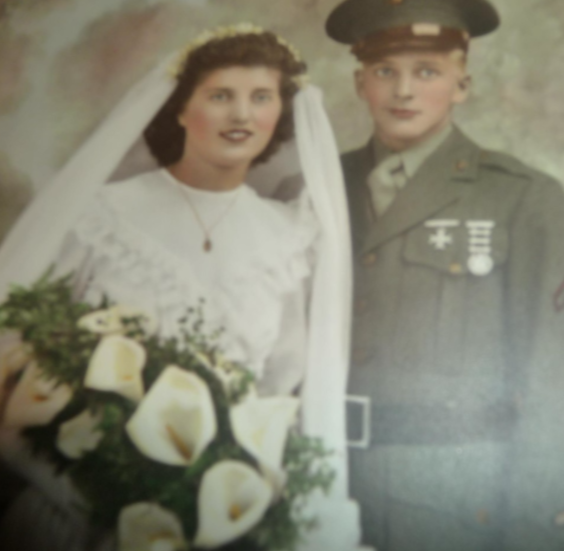 Though Memorial Day has passed we need to commemorate those who gave their lives for our freedom every day. Additionally to recognize that the casualties of war do not end with a cease fire and a written treaty. For too many who have served in battle the war never ends and one criticism made of VA hospitals is that PTSD is not properly being addressed. Every day we hear of a veteran who has committed suicide due to Post Traumatic Stress Disorder.

PTSD is defined as “acondition of persistent mental and emotional stress occurring as a result of injury or severe psychological shock, typically involving disturbance of sleep and constant vivid recall of the experience, with dulled responses to others and to the outside world.” I am not sure this is a good definition as what do we mean by the word “disorder?” As defined it is a simplification.

It is hard for us to visualize what actually happens to people on the front line in war time if we ourselves have not been. Movies and TV shows can only give a hint and many of our young people who experience it do not want to talk about it. It would be hard for them to describe the horrors of war and it reminds us of the old line when a story falls flat, “Guess you had to be there.”

Back around 1940 there was a young homeless boy from Tennessee named Chuck who roamed the streets of an Ohio City. There was a kindly policeman who recognized the caring attitude this young man showed to others and suggested to another friend that the boy be taken in. What became his foster father was a man who worked in a department store and raised dogs for a living. So Chuck gained a foster dad and mother and a four year old little brother. For Chuck dog care and baby sitting a rambunctious kid was a piece of cake.

This went on for nearly two years and one of Chuck’s jobs was to walk the dogs. On one of those walks he met a pretty Italian girl and it was love at first sight. Then lives were interrupted with Pearl Harbor. While Chuck felt ready for marriage he also felt a responsibility to his nation and how he had found a home. So he enlisted in the marines and served throughout the war in the Pacific.

Chuck became the hero for a lot of people. During the island hopping campaigns he took part in the invasion of a countless number of beaches. Once he was captured by the Japanese and was wounded while escaping. No being sent back home, he was back on the lines and won medals for his sharp shooting. This took a toll. From pictures his foster family learned that Chuck had many friends and even rescued a puppy he eventually gave to some native children as a pet.

With a Christian background killing was an experience he could not get hardened to. Particularly on private patrols where he engaged and dispatched the enemy hand to hand. What this led to was that while he won acclaim on the field and promotions, he quickly lost them when he and buddies had a brief time of freedom and found local gin mills to release their tensions.

When the war ended the first thing Chuck did was to marry his Italian sweetheart whose brothers gave him a job in their company. He also paid a visit to his former foster parents on the tenth birthday of his little foster brother. Chuck did tell some stories for the first time and for birthday gifts gave every bit of his marine gear, except for a forty five, to his little brother. A birthday that child would never forget.

The foster family moved shortly after and were several states away so there was little contact with Chuck and his new life. In fact it would be years before that little brother was able to contact Chuck and his family and by then it was too late. In 1977, thirty two years after the war ended, Chuck killed himself. In 1945 and 1977 we never heard of PTSD.

The little brother learned that Chuck was successful in his work for his brother in laws and even had a fleet of trucks. He had four children and from them a full story was learned. His wife never lost faith in him and felt that he would be alright eventually. One son so admired his dad that he joined the marines and served in Vietnam. It was from the oldest daughter another story was learned. She told the little brother that she wished she and her siblings had had the same great experiences with her dad that he experienced as a child.

For Chuck the war never ended. There were constant nightmares and headaches. He tried alcoholism and gave up on that when it didn’t work. There were things he would not talk about and family and friends could only guess. His children found him hard to communicate with and to understand.

This is sadly a true story, but not an uncommon one. This writer was that little foster brother and Memorial Day will never be the only day that Chuck will be remembered.

One thing that used to bother me is that some religious denominations believe suicide is a sin that will lead you to Hell. I do not believe that as only God knows what was going on in Chuck’s mind and I have no doubt there was forgiveness. And I expect to be reunited with my foster brother in Heaven some day.

In the meantime what we can do is try to be more understanding in regard to our veterans and to insist that the VA clean up its act and do a better job.