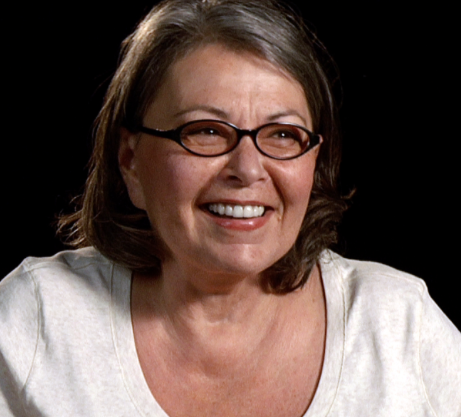 Tuesday, ABC canceled the hit comedy reboot “Roseanne” in response to a “racist” tweet Roseanne made in reference to former Obama advisor Valerie Jarret, who is African American.

The tweet was inappropriate and offensive, and racist. I make no excuses, nor defend what she said, even as a “joke”. But there is more to this issue than first meets the eye.

The real impact of the cancellation of Roseanne wasn’t exposing her as a racist, it was once again exposing the hypocrisy and double standard of Hollywood.

ABC and Disney were quick to jump on their moral pedestal yesterday morning, making a swift decision to cancel Roseanne’s TV show, as if it was almost planned ahead of time. It probably was. Companies like ABC, owned by the uber liberal Walt Disney Company, love to stand up and say “Look at us, look at how tolerant we are, how openminded we are, how diverse we are…..how much more moral we are than you”. It’s a behavior that has come to define the liberal left, and you see it no better than in the entertainment industry. 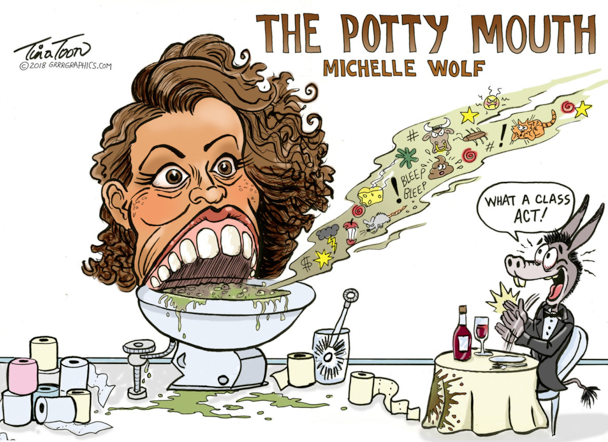 In their quest for the moral high ground over anyone who dare disagrees, they can’t even see the hypocrisy that is now almost synonymous with liberalism. But you won’t see that highlighted anywhere. These companies are the messengers of the message they craft, the gatekeeper to press and publicity. Truth is not paramount. Their political agenda is of the utmost importance, at any cost.

From Channing Dungey, President of ABC Entertainment: “Roseanne’s Twitter statement is abhorrent, repugnant and inconsistent with our values, and we have decided to cancel her show.”
There was only one thing to do here, and that was the right thing.

“Inconsistent with Disney’s values”? “Right thing to do”? I think Multimillionaire Bob Iger needs to clarify exactly what these “values” are, which seem to be anything but consistent.

This is an industry that has made billions off of products – movies, music, video games – that promote violence, racism, sexism and more, which has had a profound negative affect on society. It is also an industry that has had things like pedofilia, sexual abuse, harassment, sexism, racism, and discrimination running rampant behind the scenes. It’s been talked about through the years but usually squashed by the media (think Corey Feldman’s accusations from when he was a child actor).

Just take a look at the Harvey Weinstein scandal, and all the Industry elites that hung out with him, praised him, made money off of him. Guess which company has been accused of doing business and protecting Harvey all these years, according to a December 2017 Newsweek article? None other than Disney. Disney is even named as a defendant in one of the sexual assault cases against Weinstein, saying she was introduced to the sexual predator on a Disney owned set. How is that for “values”?

You have to wonder, if these lawsuits and speaking out by victims hadn’t started a domino effect, would anything be different? Probably not.

How does the cancelation of Roseanne’s show fit into all of this? All you have to do is look at the history of decisions made by ABC and Disney on similar issues. Here’s just a few examples, of many:

What was Disney/ABC’s swift response to these racist and homophobic comments?

They had Kimmel put out an apology on Social Media. Jimmy Kimmel is still the host of his late night ABC show.

March 2018 – ABC’s The View host Joy Behar attacks Vice President Mike Pence’s religious views, correlating Pence and other Christians of similar beliefs with mental illness. This was just the latest of a long history of controversial comments by Behar, as well as other hosts of The View such as Whoopie Goldberg.

What did ABC and Disney do in response to these “abhorrent” comments?

They had Joy Behar make an apology.

When Disney CEO Bob Iger was asked about the company’s “pattern of bashing conservative or religious Americans” at a stockholders meeting, Iger responded by saying that Behar had already apologized to Pence, which he believed was “absolutely appropriate.”

September 2017 – Jemele Hill, a sports anchor on ESPN, another Disney owned company, had a long history of attacking President Trump with derogatory names and statements on social media. Things came to a head when she called President Trump a “white supremacist “.

What was Disney’s response to this controversy?

You guessed it – they had Hill apologize. She would later leave ESPN on her own terms.

Now let’s look at what happened to Roseanne.

What does Disney do?

In minutes, they canceled Roseanne’s TV show, leaving hundreds without jobs (there are more than just actors who make a TV show possible), claiming it was necessary due to their so-called “values”.

Where were these “values” in April, March and last year?

Could it be that the values these companies speak of and act on are those of being “anti-conservative”?

Keep in mind that ABC is the same network that cancelled the popular conservative “Last Man Standing” sitcom featuring Tim Allen, with no good excuse.

What Disney/ABC did yesterday wasn’t about Roseanne’s tweet, this wasn’t about racism, this was an excuse to cancel a show that was seen as pro-Trump, which criticized Obama, and gave representation to conservatives and Middle America, a group which Hollywood thinks is a bunch of backward, unsophisticated people, that cling to their guns and religion, as their idol Obama once said.

When they signed Roseanne to bring back her TV show, they knew what they were getting with her personality, behavior and reputation that goes back to the 80’s. They didn’t know what they were getting is a conservative, pro-Trump Roseanne show, that Middle America would embrace. They realized that her behavior could be their way out of the show. I wouldn’t doubt they were just waiting for the opportunity to give her the axe and today Roseanne gave them that opportunity. Money and the fact that it’s ABC’s first #1 show in 24 years didn’t matter, compared to their political agenda. Considering the backlash, ABC may be lucky to have another #1 in the next 24 years.

The swamp has quite a reach. It reaches beyond DC and exists in industries like entertainment. There is a reason the Obama’s just got signed to a movie deal with Netflix. It was only a matter of time before Disney would find a way to change the Roseanne show or rid themselves of the political liability.

Rosanne was wrong with what she said, but the industry’s fake moral stance is even more troubling. If they truly had the values they speak of, the same swift action would have been taken against Kimmel, Behar, and Hill, They would apply the same standards across the board, not based on political affiliation.

The track record of Disney, ABC, to NBC and CNN, prove time and time again that their actions are in stark contrast to the values they tout. It’s this hypocrisy and double standard which is doing more damage to issues like racial equality, sexism, diversity, tolerance, than any tweet that Roseanne could ever post.

Where Honor is Served