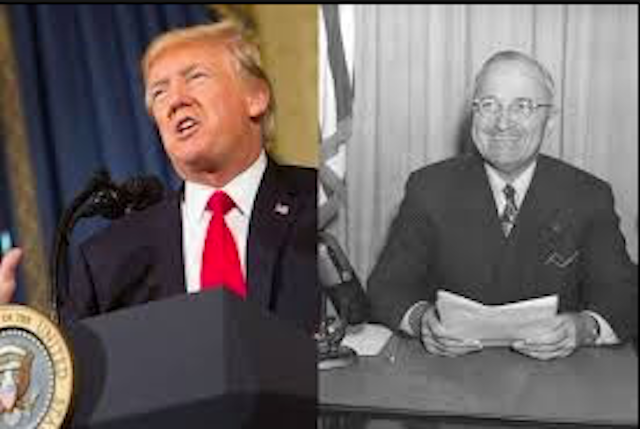 The May 14 celebrations surrounding the opening of the United State Embassy was predicted in the Jewish Bible, the Old Testament.

Both the circumstance and the location are mentioned in Jeremiah 32:42-44.

Following the awful prediction of the fate of the Jews that they were to suffer the loss of sovereignty in their land and suffer unspeakable degradation in exile, the prophet Jeremiah quoted G-d as saying,

“As I have brought all this great calamity on this people, so I will give them all the prosperity I promised them. Fields will flourish and be bought again in this land which you describe as a desolate waste without people or animals.”

Following the Roman destruction of Jerusalem and the exile of the Jews from their ancient land, the wandering Jew endured hate, injury, punishment, and death wherever they roamed in exile seeking shelter and sanctuary from persecution.

Even less than a century before the Holocaust, visitors to Palestine, a backwater of the fading Ottoman Empire, but attracted by the spiritual quotations of the Bible, reported that it was a place devoid of people and prosperity. In 1867, Mark Twain called the place, “A silent mournful expanse. A desolation is here that not even imagination can grace with the pomp of life and action. We never saw a human being the whole route. There was hardly a tree of a shrub anywhere. Even the olive and the shrub, those fast friends of a worthless soil, had almost deserted the country.”

But Jeremiah quoted G-d’s prediction in powerful words that have a profound truth today,

“Thus says the God of Israel. I will gather them out of all the countries and I will bring them again to this place. And I will cause them to dwell safely. And they shall be My people, and I shall be their God. And I will give them one heart, and one way, that they may fear Me forever, for the good of them and the good of their children. And I will make an everlasting covenant with them that I will not turn away from them. I will rejoice over them and do them good, and I will plant them in this land assuredly with My whole heart and with My whole soul. For I say, like I brought upon them all this great evil, so will I bring on them all the good that I have promised them.”

Then, predicting the location, Jeremiah writes,

“Fields shall be bought in this land. Men shall buy the fields for money and subscribe evidence, and seal them and take witness (hence the ceremonial opening of the US Embassy), in the land of Benjamin and in the places around Jerusalem.”

The map of the tribe of Benjamin is centered on Jerusalem.

It is no coincidence that Jimmy Morales, the President of Guatemala, will be in another part of Jerusalem on May 17 to officially open his countries embassy in what was the land of Benjamin.

Also this month, President Horatio Carter will inaugurate the new Embassy of Paraguay later this month.

All display the realization of Jeremiah’s prophecies made more than two millennia ago as Israel and Jews have stood steadfast to the notion of Jerusalem as the eternal capital of the Jewish people through pain, suffering, and triumph.

It should also be noted that it was on May 14, exactly seventy years ago, that, against enormous opposition, President Harry Truman defied his political rivals, including many in his own party, by signing off on the following statement: “This government has been informed that a Jewish state has been proclaimed in Palestine. The United States recognizes the provisional government as the de facto authority of the new State of Israel.”

David Ben Gurion recorded that when he met Truman at a New York hotel in 1961 to tell him of his immortal place in Jewish history the former president broke into tears.  Ben Gurion wrote of this incident, “I had rarely seen anyone so moved. I tried to hold him for a few minutes until he became more composed. A little while later, after we left, a reporter came to me to ask, ‘why was President Truman in tears when he left you?’”

Standing in solidarity with Israel and the Jewish people has an awesome effect on a major world leader and, in becoming the first world leader to officially declare Jerusalem as the capital of the Jewish State of Israel, Donald J. Trump became the most consequential American president since Harry Truman.

Daniel Greenfield: The Incredible Narcissism of Hillary and Comey