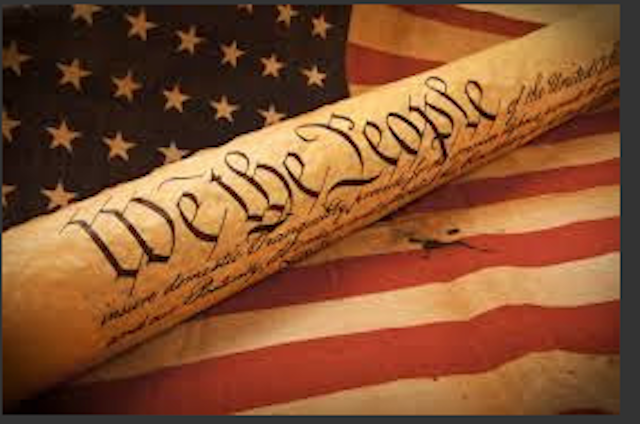 Oh, how I want to write about John Kerry working on behalf of some shadow government in his treasonous actions in talking with Iran, but I promised this week I would write about Sanctuary Cities and States.

In my last article I stated that my initial thoughts might surprise some of you as to where I stand on this issue, so let’s begin with my opening statement: “I do believe each state has the right of We The People, for that state, to appoint their own territory, as a sanctuary from the national government. We The People have got to beware and use extreme caution in demonizing the act of developing a sanctuary from big government.”

This is why, and let me be very clear, even with what I’ve just said above, I believe that current cities that are claiming sanctuary for illegal aliens into our country are one hundred percent wrong, and it is not a contradictory statement, but a clarifying statement we must observe closely.

We have to remember that right now we are in the midst of a huge culture war, where the “driving force” or the “controlling factors” are education, Hollywood, entertainment, and media; within each of these venues the socialist, communist, fascists, and big government control are all housed by the progressive movement, and they are winning that culture war. First by ignoring our Republic and insisting that we are a democracy, which continues to plague our understanding of the authority that We The People actually have. So, because we are losing most of the “culture war” battles, it would be easy to assume or see how we could revert back to the socialist ideas of the Obama and Hillary era.

If that happens, and I pray it does not, then it won’t be big government acting on its constitutional principles and mandates to find and deport illegal invaders into our country, as it is doing now, but it could very well be trying to take away our constitutional rights one by one, until we become the United Socialist States of America, which our culture wars will have dictated. If that happens, then we would very much want to exercise our individual sovereign state’s rights to defend We The People’s Constitution by claiming our state’s sanctuary from a tyrannical un-constitutional big government.

The term “Sanctuary City, State” etc., has no legal meaning or official government backing. It is merely an act of obstruction to anything big government tries to enforce. When the “United” part of the United States comes into play, it is “United” by the Constitution, and the understanding of our Republic. So, when the national government, which has little and specific duties or authorities given to it by We The People, acts on something such as, article 4, section 4 of the constitution, to guarantee the safety to every state in the “Union” from invasion, it becomes clear that it is acting by the Constitutional authority of the people, to locate, find and deport ILLEGAL ALIENS, ILLEGAL CITIZENS, or ILLEGAL IMMIGRANTS, or just plain persons of illegal entry into our nation.

This is a minimal duty We The People gave our government power to do, and when they do this, the “force multiplier” comes into effect because the law enforcement of the local, county, and state then helps the government fulfill its Constitutional obligations in the matter, but, when the city, county, or state chooses to obstruct the Constitutional authority they become one hundred percent wrong in doing so.

Now, if in the future, we lose our America to the progressive socialistic democracy being won in the culture wars, big government will actually tear apart our Constitution by powers not given to it by We The People, and will use the conservative’s definition of sanctuary cities or states as defined today, against us.

We have these same states or cities calling themselves “sanctuary” now, giving out driver’s licenses to illegal trespassers into our nation, calling them residents, knowing full well, that what once was a proof of citizenship for voting in federal elections, will now allow anyone, citizen or not, to vote in the next election. We will have more corrupt voting in all 50 states than we have ever had, which currently, is huge and going unreported or even thoroughly investigated.

We the people do have a right to find sanctuary against a tyrannical big government, or world government, that is in fact the very definition of our freedoms and sovereignty, but upheld by the law of the land, our Constitution. Without it, we simply become a democracy, in which the majority will always dictate our future, on the backs of the minority. “

Daniel Greenfield: The Real Border Problem is Bigger Than a Wall