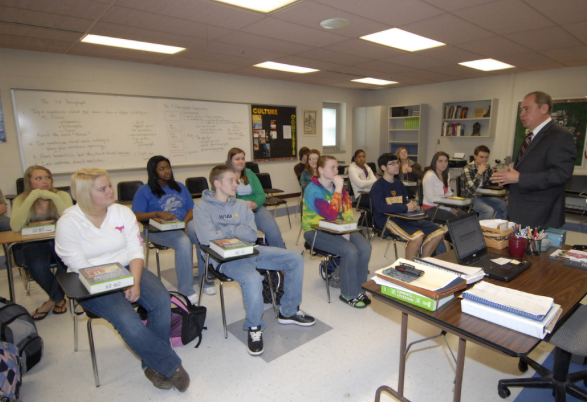 Given all the justifiable complaints about how the school district in Parkland, Florida, and the Broward County Sheriff’s Office colluded (isn’t that word popular these days) to avoid disciplining minority students, one would almost begin to believe that there really was a reason for it – that there was really a broad disparity in how schools handle discipline and mistreat minorities in the process.

However, the waters in Florida may be sparklingly clear, but these educational waters are quite muddy.

The latest statistics – you know, those easily manipulated charts and graphs and spreadsheets that the government and leftists love so much – from the National Center for Education Statistics (NCES) covering the 2015-16 school years suggest that there is broad disparity between the discipline handed down to white students when compared to black and Hispanic students. Here are a few examples:

There were as many sexual assaults as shooting incidents across the country (a highly disturbing statistic by itself) – about 11,000 each. No demographics were found regarding these incidents.

The 2.7 million incidents reported represent a drop of 100,000 incidents from the previous year. [is it possible that those 100,000 fewer incidents were the ones ignored based on the Obama Administration “Guidance” intended to avoid disciplining minority students?]

Of those 2.7 million incidents, thirty-nine percent of them were attributed to black students (25% male, 14% female).

This last item is what has many upset given the fact that black students are said to represent only eight percent of the overall student population. However, Kidsdata.org has published statistics that state that the black student population of the United States comprise almost sixteen percent of students in U.S. schools. White students, according the same source, represent just over forty-nine percent.

What is most often ignored – because it is almost dangerous or at the very least politically incorrect to note – is that the disparity between the number of referrals to police and arrests of black students does not take into account the differences encountered by either group of students from economic, cultural, or neighborhood factors that may not necessarily be identical between different groups of students or different racial groups. It does, however, offer a very good smoke-screen to perpetuate the suggestion of “white privilege” or “racism” within the schools of America when the factors that make the differences understandable are being ignored or suppressed.

The fact of the matter is, there are ample scientific studies that identify the in-tact traditional family versus a single-parent or divorced-parent family as key factors in predicting the degree of criminal incidents experienced by children of school age, the number of children who drop out of school, and the success children experience throughout their school years.

When comparing these family structures, the former is several times more likely to have a far lower rate of arrests, drop-outs, and criminal police contacts as the latter family structures. Given the fact that the most recent statistics suggest that over seventy percent of black children are being raised in single-parent or broken homes, it is very likely that the major difference cited for the experiences of black versus white students could be explained by this one major difference in life experience.

It seems apparent to me that, as is often pointed out, statistics can be made to say just about anything there is to say about any subject.

For those who look at the numbers provided by the NCES and see only things that point to racism as opposed to far more complex and nuanced issues completely outside the jurisdiction of public schools, I can only say that they do an injustice to all schools and all school children regardless of race or ethnic group. Before we can see improvements among minority populations, there must be a reckoning within minority communities that address the many other issues that exist. Only then can accurate conclusions be drawn from the numbers available.

What we do not need are federal agencies ginning up “guidance” for America’s schools that fail miserably at identifying the underlying problems behind the numbers. Ignoring for the moment that the federal government has no business in the education business in any manner, if it is going to put its fingers into the pie, it needs to ensure that they are not allowing political ideology to color its guidance to make one group appear to be at an advantage or disadvantage that they may not have.

It is exactly this sort of “guidance” that resulted in Nikolus Cruz’s behavior being ignored and deflected when addressing it at the time it was reported could have saved twenty lives and a lot of heartache on Valentine’s Day 2018.

If This Bill Stands, Our Republic is Finished!