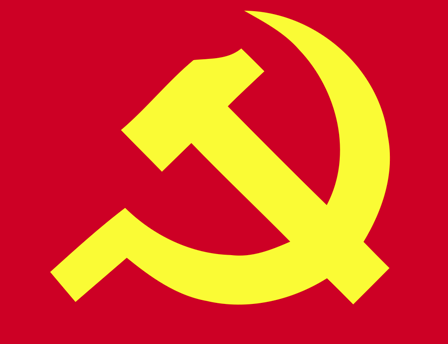 In 1963, U.S. Rep. A.S. Herlong Jr., D-Fla., read into the Congressional Record a list of “Current Communist Goals” as enumerated by Dr. Cleon Skousen in “The Naked Communist,” penned in 1958.

Following each of the bullet points, I have offered some narrative regarding how this has been implemented in America and the negative results for our society. An even more exhaustive treatise on Progressivism and it’s major elements can be found here.

– Use technical decisions of the courts to weaken basic American institutions by claiming their activities violate civil rights.

Shortly after this document was produced, the landmark decision that took prayer and faith out of our public schools was decided by the Supreme Court. It may be considered one of the worst decisions ever to be handed down by that august body. It was this type of decision that is the goal. Any move to undermine the limitations on the federal government or that undermined freedom of the individual.

– Get control of the schools. Use them as transmission belts for socialism and current Communist propaganda. Soften the curriculum.

There are more than ample examples in the news almost every day that demonstrate just how effective this effort has been.

-Get control of teachers’ associations. Put the party line in textbooks. Infiltrate the press. Get control of book-review assignments, editorial writing, policymaking positions.

Every one of these items are complete and provide ample evidence in our classrooms across America.

There are currently about six entities that own nearly 90 percent of all national media and every one of them demonstrates a thoroughly leftist orientation.

– Continue discrediting American culture by degrading all forms of artistic expression. (An American Communist cell was told to “eliminate all good sculpture from parks and buildings, substitute shapeless, awkward and meaningless forms.”)

Did anyone else notice that not long after this publication came into being that the proliferation of so-called “modern art” which exactly matches the description above? Does the more recent efforts to remove historical markers and statues from public parks not seem strangely similar to what is being directed here?

– Eliminate all laws governing obscenity by calling them “censorship” and a violation of free speech and free press.

Here, again, the Supreme Court made short work of this item during the 70s when several cases were brought against Playboy, Penthouse, etc. All of those cases were lost on the basis of the First Amendment rights of the defendants.

– Break down cultural standards of morality by promoting pornography and obscenity in books, magazines, motion pictures, radio, and TV.

In addition to the current effort of filing civil rights violations on those that resist the normalization of such behavior, years of our culture being subjected to gradually stronger exposure of such behavior in movies and TV have nearly succeeded in converting our population to nearly ignore and at least passively accept such behaviors. Even within some protestant churches, this behavior has been mainstreamed in spite of clear directives within the Bible that such behavior is not to be accepted as anything but sinful.

– Infiltrate the churches and replace revealed religion with “social” religion. Discredit the Bible and emphasize the need for intellectual maturity which does not need a “religious crutch.”

This point fits like a glove with the previous point regarding sexual deviancy. “Social justice” has infiltrated so many Christian churches and nearly completed the destruction of Biblical Truth.

– Eliminate prayer or any phase of religious expression in the schools on the ground that it violates the principal of “separation of church and state.”

The myth that is at the core of this approach has been discredited on a factual basis, but still remains a mainstay of Communist efforts to undermine faith in God. In order to be completely successful, the government must replace God as the focus of faith and trust. It is paramount in gaining control of a population.

– Discredit the American Constitution by calling it inadequate, old-fashioned, out of step with modern needs, a hindrance to cooperation between nations on a worldwide basis.

While the United Nations pre-dates this list of steps to success, it has been fundamental in attempting to erase borders and reduce the sovereignty of nations around the world. It continue to push an international system of government that would have the power to enforce its edicts on all nations as it sees fit regardless of national constitutions/governments.

– Discredit the American Founding Fathers. Present them as selfish aristocrats who had no concern for the “common man.”

Over the past 50 years, our schools have taken a completely negligent and distorted approach to the development of civics and history. Much of it has been targeting the philosophy behind the founding of our country, particularly attempting to depict the founders as white, privileged, conquerors that stole the land that is now America from others who were already here.

– Belittle all forms of American culture and discourage the teaching of American history on the ground that it was only a minor part of the “big picture.”

At this point, the communist-influenced movements have done a very thorough job of convincing many in America and around the world that our culture is corrupt and American history should be re-written and sanitized. Elimination of historical statues are one example of the ways this approach is reflected in current events.

– Support any socialist movement to give centralized control over any part of the culture – education, social agencies, welfare programs, mental health clinics, etc.

Again, not long after these writings hit the book stores, the most costly and ineffective effort was launched that implemented much of what had been largely handled individually by the state governments. The Great Society/War on Poverty launched by Lyndon Johnson accomplished nearly all the elements listed.

Not much needs to be said here. “Workers of the World Unite” has been a union battle-cry for decades.

– Transfer some of the powers of arrest from the police to social agencies. Treat all behavioral problems as psychiatric disorders which only psychiatrists can understand [or treat].

The best example I can provide is the Florida Mental Health Act of 1971 (aka Baker Act) which allowed the involuntary commitment of an individual for mental evaluation. It is probably the most well-known but is by far not the only such legislation to pass in the second half of last century.

– Dominate the psychiatric profession and use mental health laws as a means of gaining coercive control over those who oppose Communist goals.

In more recent years, there has been a number of conditions that used to be considered mental illnesses that are now considered “normal” by the American Psychiatric Association (e.g., homosexuality, transgenderism, gender dysphoria, etc.)

No-fault divorce, earlier and earlier introduction of child-care provided outside the family, two-parents working outside the home, the insistence on opening up adoption to homosexual couples, and the pressuring of parents to forego any sort of corporal punishment or discipline through psycho-babble and threats of child-abuse claims all undermine the authority of parents and encourage rebellious behavior on the part of children. Schools have increasingly attempted to replace parents when it comes to moral and philosophical training.

– Create the impression that violence and insurrection are legitimate aspects of the American tradition; that students and special-interest groups should rise up and use [“]united force[“] to solve economic, political or social problems.

Note the proximity between the date these steps were published and the beginning of the rebellion and civil disobedience of the 1960s. Since that time, whenever there has been an opportunity to resist traditional values in our society, the tactics have been the same. Classic examples in the news these days are the 2nd Amendment Protests, Black Lives Matter, Antifa, etc.

– Do away with loyalty oaths.

The dissolution of the House Un-American Activities Committee chaired by Congressman Joseph McCarthy as it was operated in the 1950s was the beginning of the end of loyalty oaths. The timing of the end of the hearings was interesting as it relates to this document. Nearly all the history behind McCarthy’s efforts to ferret out the communists within the U.S. Government of that era has been described negatively in the press at the time and since. McCarthy was pilloried for his efforts. This effort to discredit him was very effective and resulted in his name being synonymous with “witch-hunt” and “persecution.” In my personal opinion, he was a patriot that understood the threat better than most of that era.

Look around. Nearly all these steps have been taken and have largely succeeded. We are no longer the United States of America. This may mean, for those who love liberty, revolution may once again at hand. Only time will tell.