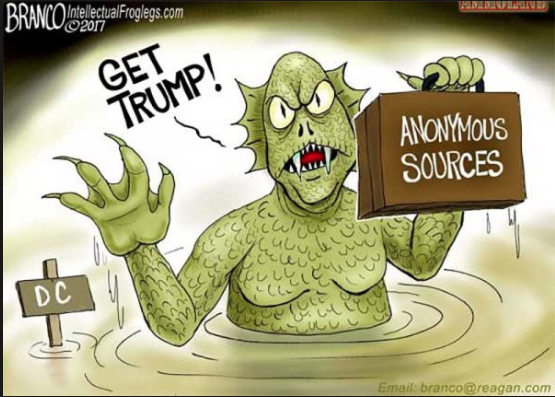 When Donald Trump descended the escalator at Trump Tower that fateful day in June 2015, Americans knew they were in for a rowdier and yes, sillier election cycle than normal. Donald Trump, incredibly successful businessman, celebrity, reality show host, and last but not least, American citizen, decided that he did not like the direction his country was taking and announced he was running for president.

Many howled with laughter. Surely he can’t be serious! Doesn’t he know who he will be running against? Doesn’t he realize that it is Hillary Clinton’s turn? She has the money and power of the Clinton machine behind her, not to mention the mainstream media who will do what they must to get her elected. We now know that Hillary did what she had to as well by rigging the primary. Apparently Bernie Sanders did not realize it was her turn either.

Fast forward to election night. Something completely unexpected happened. At least unexpected to the pollsters, the media, and every other entity that insisted on ignoring what those in the New York, D.C. corridor like to think of as “fly over country”. Average ordinary Americans decided they had had enough. Enough of business as usual in Washington, enough of the same faces running for office, enough of those same people getting elected based on the promises they made to those average Americans, then promptly forgetting those promises the minute they hit the city limits of Washington D.C. Donald Trump would be like no other president in American history.

For the D.C. swamp, the elitists, whatever you want to call them, that was exactly the problem.

There are lots of people, many of them the talking heads we see every night who talk about the divide we see among Americans right now. They talk about how it seems to be getting worse. What they are referring to is the political divide between Republicans and Democrats, Conservatives and Liberals.

But what if that is not the divide we should be concerned with? What if the most disturbing divide is among the elitist swamp creatures of the political class and the rest of us? What if the elitists witnessed in horror what happened on election night 2016 and decided that no, this cannot stand. We cannot allow the American people to duly elect this unsophisticated ogre of a man, this political neophyte, this outsider whose supporters chant, “Drain the swamp” to be the leader of the free world.

They knew all too well that when Trump said he would drain the swamp, he was talking about them.

Now we are finding out the mass and the scope of the plan that was put into place. It is like nothing we have ever seen before. It involves the weaponizing of the FBI and the Department of Justice, it involves high ranking officials in the Obama administration, it involves an active spying operation on an American political candidate, and the very people who organized it and carried it out are the ones who should have been stopping it. We will for quite a while to come hear the names Comey, McCabe, Clapper, Mueller, and Rosenstein.

It will also involve a propagandist media that is no longer populated with journalists but activists for the Democrat Party who will do their level best to minimize this and dismiss it as just so much Trump and conservative conspiracy theory. Now we are hearing the spin that, “we were just trying to keep an eye on what the Russians were doing. We were doing Trump a favor!” Move along silly average Americans, nothing to see here.

The question every American should be asking is, how on earth have we gotten here? How has a group of people who feel so privileged, so entitled, so superior to their fellow citizens come to feel that they have a right to carry out what amounts to a silent coup d’état? How do people who are in positions of power, who are charged with the protection of this nation rationalize the attempted destruction of every ideal this country was founded upon simply because they don’t like the president?

The answer is multifaceted, but part of it is really kind of simple.

These people truly believed, and more than likely, continue to believe that they were just righting a wrong. President Donald Trump was never supposed to happen. Hillary Clinton was poised to make history. They all knew it with every fiber of their beings, and when it didn’t happen, history had to be corrected. And not only did history need correcting, they also needed to send a message that continues to be sent today to all other outsiders who think they might do what Donald Trump did. Don’t rock the boat, don’t think you will come in here and disrupt the status quo. Because if you do, we will destroy you personally and professionally, we will destroy your family, we will destroy anyone associated with you personally and professionally, we will make an example of you.

The more we learn of this, the more egregious, disgusting, and truly disturbing it is. A Hillary Clinton presidency would have kept this secret more than likely forever–and the clearer it becomes that Donald Trump was the history correction.