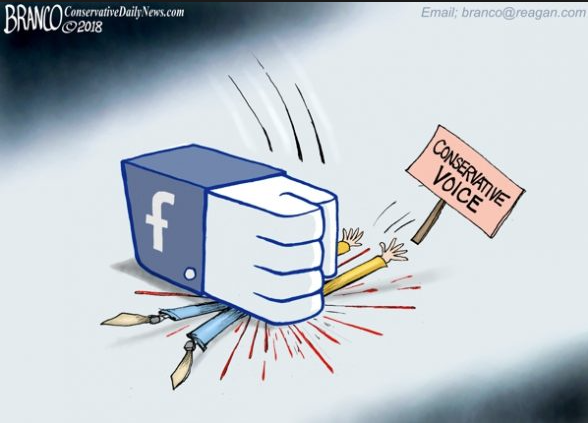 The context under which our founders saw the world was one of coming out of a dark tunnel of “government” oppression under the English king. Their fear was that there needed to be a framework under which their new government would be constrained from committing offenses such as limiting the freedom to worship, speak freely, and bring grievances before that government without fear of reprisals (among other fears).

Fast forward 240 years and we have begun to see some issues develop that would have stood the founders on their ear. Who would have ever thought that the real threats to freedom of speech and freedom of religion would come from private businesses and organization rather than the tyrannical government feared so strongly in 1776? I dare say, not very many of those leaders from our past.

Hardly a day goes by in modern America that a story doesn’t appear pointing out some college campus or Google, Twitter, Facebook, etc., doing all it can to suppress someone’s freedom of speech or assembly. In fact, hardly a day goes by when one group or organization doesn’t deliberately suppress statements that 20 years ago would have been of the sort that would not raise an eyebrow if it were used in public to support or oppose another viewpoint freely expressed. Free exchange of ideas, philosophies, opinions used to be ordinary and taken for granted in America. After all, America was founded on the principles of individual freedom and shortly thereafter these principles were codified in the Bill of Rights as a means of ensuring that they would not become a problem in the future.

The burning question seems to be whether the principles enshrined in our Bill of Rights are enforceable against violations initiated by private universities, private individuals or private businesses.

It has only been in the past 25 years that electronic communication via the Internet has become mainstream. Prior to this recent period, most communication was either verbal – via telephone or face-to-face contact – that produced no record of it unless deliberately recorded. Further, it was far more difficult for one person’s expressions of opinion to be widely distributed to as many as several million people instantaneously. While the development of electronic communication has produced many wonderful boons to our daily existence, it has brought with it many complications that could never have been foreseen two centuries ago.

The creation of social media platforms such as Twitter, Facebook, Instagram, etc., have produced many positive impacts on global understanding, personal communications, and knowledge in general. However, these very same platforms appear to be producing some unintended consequences that will eventually create a crisis of trust among Americans who cherish their freedom to express their thoughts without someone else making judgements about the worth of those thoughts.

In fact, this very article would very likely not gone from mind to screen had it not been for a new experience (for me) that jolted me to my core. When I logged on to Facebook a few days ago, I was confronted with a notice that a post I had made four years prior was deemed by Facebook to be in violation of its “Community Standards.” The most offensive aspect of this notice was that no profanity or otherwise questionable language was contained in the post.

Apparently simply questioning how Muslim refugees could gain a free ride at taxpayer expense was conservative enough to get my fingers slapped by the censors in their glass tower in left-wing California. It doesn’t take much these days to be labeled with some negative connotation such as “racist” or “Islamophobic”.

The point is whether or not a business should be in the position of offering a public forum, inviting the public to join this forum – from which that business gains a fortune through advertising revenue – and then be allowed to restrict the free speech of its users in a way that appears to suit their political and ideological preferences.

On the other hand, when does an entity such as Facebook or any other web-based business offering a public forum for facilitating communication between other private individuals step out of “private business” and into “public utility?” Once that determination is studied and it is decided that they are public utilities, do they become subject to the same regulatory framework that currently exists with television, radio, telephone, cable TV, etc.?

It is a complicated problem, but, given the scope and influence that social media platforms hold when it comes to public communication and the dissemination of information among individuals in today’s world, it is disturbing to believe that such platforms could or should be permitted to independently and with obvious bias effectively muzzle a vast group of users simply because the views expressed are not compatible with the beliefs of those controlling the company. It’s just so un-American…to it’s core. The founders are rolling over in their graves. A report I read this morning stated that Twitter has now taken it upon itself to decide what represents a “troll” responding to a post. If you are determined to be a “troll,” your comment will be relegated to a hidden group of replies that can only be seen by clicking on a link to “other responses.” And the beat goes on…among leftists anyway. Very disturbing. Are people so pathetic that they cannot stand to see anyone’s reply that does not agree with their viewpoint?

There is, however, a tiny light beginning to shine out there on the World Wide Web… A fledgling competitor to Facebook is emerging. If it continues to grow it will do the one thing that is needed to keep Facebook in line with our God-given rights to freedom of expression – it will cut into its advertising revenue when those advertisers see their numbers dropping. Next time you get the chance, check out www.MeWe.com . For the record, I have no interest in and receive no benefit from including the link to MeWe. Just making its existence known to a few more freedom-loving readers. Now who’s going to challenge Twitter?