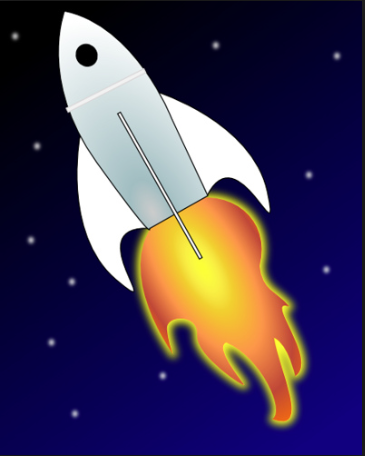 I guess I should not admit that my family and I were legal aliens who applied for entry to this country, then paid our dues and became citizens after waiting a proper amount of time. In the terminology of some here that would seem “square.” Today in our newly adopted country it appears you have more respect to climb over a fence or hide in the back of an old Chevy to get into this country. Then free welfare, medicare, education and other perks are yours for the asking. I am not complaining mind you, it is just that it seems people like me are looked down upon by liberals, most Democrats and the media.
We were forced to leave our homeland due to poverty and a leadership that kept us that way. So my wife, two children and I used all of our savings plus donations from friends to travel in a cramped vessel that took months to get here. Once here my wife and I were prepared to work and accept the first jobs available. Fortunately my wife is a linguist as we painfully learned on the trip drilling us night and day in English. She found a job in a church school teaching English as a second language. I became a janitor, however I am good in machinery and soon got a job in a shop.
While my wife and I took night classes in American history and government our daughter age 14 and son age 10 eagerly entered school. They asked no favors and did not consider themselves bullied when teased about their unusual height and slenderness. If such was thought of my wife and I then we did not notice it. We are happy to be here, though we admit we are totally confused about some things. It is about what we have learned in the history and government classes.
For example we see these demonstrations and protests against a president and government leaders who are only following the constitution of this land. We are particularly confused about people coming to this nation illegally and being protected in some states and cities that claim they are sanctuaries. And among these protestors are members of what you call gangs and who commit crimes without more than a slap on the hand.
Oh, before I go on I must tell you something you will find hard to believe. I guess we feel fortunate to be here because our world is dying, may be dead by now. No we are not of Earth. We traveled here in what your romance writers might call a small space ship and in fact were frozen for part of our travels as our home world is many light years away.
Our world is dying because there were great hatreds among nations and our own nation was one of those similar to your democratic republic we were sure we would find here. Our 0wn nation was once beautiful and some even thought it perfect. That is until the overlords who ran the political systems, the media and the schools came up with what they declared all had to agree was “correct thinking”. This so called “correct thinking” led to a rewriting of history and this was followed by class division and riots. Our cities burned and finally nations that were what you call dictatorships stepped in to bring order. That led to a new world order, a one world government. With it there was to be every sort of freedom and people could live by their own codes as long as they followed the official government line of “correct thinking.”
That led to our destruction for as we used up our resources the government decided who was entitled to live and who needed to die. This caused more riots that make what you describe in you books seem tame.
My brother was a known astronomer and studied life on other worlds and this one seemed like where we should be. Sadly his comparisons of our two worlds were covered in our media and he was considered dangerous and executed.
What is frightening to me is my wife and I see the same things happening here. Despite ample warnings from a number of sources, the Christian Bible, people who call themselves conservatives and groups like Politichicks whom I hope to send this story to, there is discord, devision and hate. The start of the very things that happened in my world.
I doubt if my wife and I can gain enough financially to again find a vessel that will take us elsewhere. So all we can do is beg this nation to wake up before it is too late. Stop these crazies in the so called Democratic Party, the News and Entertainment medias from destroying what we see as the greatest nation on any planet. I beg of you before it is too late.
John Smith (My adopted name as it seems fairly common.)
Share
Facebook Twitter Pinterest Reddit Share via Email Print

In the Fight to Preserve Our 2nd Amendment, Don’t Help the Left Defeat You

Raped After Trying to Discredit Islamophobes