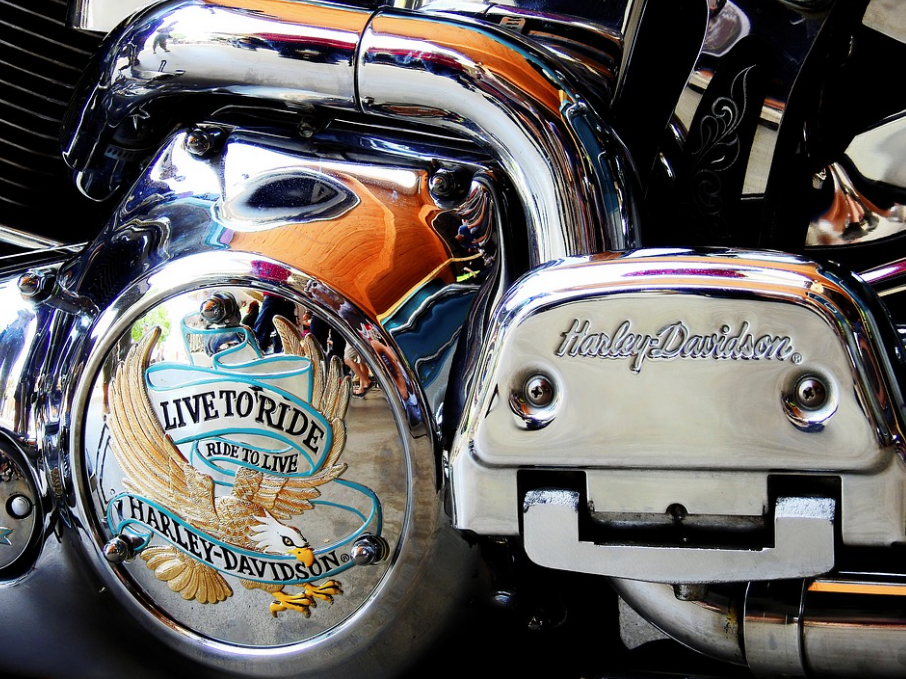 I am one of those few fortunate individuals who have been given an unrestricted outlet for my musings. Charles Waring, the publisher of this venerable publication, has told me that I am free to ride the meadows of my subconscious and put those journeys on paper for the immediate world to read. The result is that, although much of what I write relates to politics and the political situation in the world (especially with regard to Israel), I frequently sit down, start thinking about one thing or another and the column proceeds to write itself (with some subsequent editorial intervention from the editorial staff of the Charleston Mercury).

This will be one if those “Seinfeld-like” columns.

I ride a big motorcycle — a Harley Davidson 2009 Road Glide. I am not a BFB (“biker from birth”); my esteemed wife bought me my first bike for our 40th anniversary and, like so many events during our now-almost 50 years of marriage, the beginning of my motorcycle riding career entails a story.

We had lived in the beautiful New York City suburb of Great Neck for many years. It was a small town and I got around on a 50cc motor scooter (top speed, 30mph). For a while, I had been on a massive passive-aggressive campaign for my wife to accede to the purchase of a 125cc Vespa scooter that would enable me to whiz along at the dizzying speed of 50 mph. The Grand Canyon was carved out of rock by the drip-drip-drip of water. So, too, the granite-like resolve of my esteemed wife had weakened from the drip-drip-drip of my persistent “hinting,” to the point where she agreed to consider buying the Vespa for me as a 40th anniversary gift.

So, we went to the showroom and learned that the Vespa would cost $6,000. Too much. However, my esteemed wife suggested that we visit the Harley dealer nearby to see what a motorcycle would cost. I did not want a motorcycle. I had never been on a motorcycle. To my mind, a Vespa was cool and ivy league-ish, whereas a motorcycle was unsubtle and thuggish. The last thing that I wanted was to convey the image of a Marlon Brando-Dennis Hopper-Peter Fonda-leather-jacketed Philistine, when all my life theretofore I had conveyed the smooth, horn-rimmed, buttoned-down image of a brilliant intellectual.

But, as far as I was concerned, something was better than nothing. So, we drove to the Harley dealer. On the showroom floor, I gravitated toward the least expensive bike, an 853cc Sportster. As I was looking, I sensed a presence over my shoulder. It was an attractive, long-legged, blonde saleswoman dressed in leather pants and matching leather bustier. (She also smelled good.) She breathily stated:  “This is a great bike, but it’s not for you. You will tire of it in three months.” (She was obviously a superb reader of character in being so quickly able to discern my keen and adventurous spirit.) “Come with me; I’ll show you the bike for you.” She led me over to a Harley Softail (1600cc). She said:  “This is the bike for you. It will last you 20 years.”

Whereupon my esteemed wife, who had been lingering unobtrusively in the background, watching the scene with amusement, tapped her on the shoulder and said: “Excuse me. He is 65 years old. Give him a five-year bike!”

We ended up buying a used 850cc Kawasaki Vulcan. But sure enough, after three months, I decided that it was too small for my adventurous sensibilities (remember, I had originally yearned for a powerful 125cc Vespa). So, I embarked on another campaign for a bigger bike. My esteemed wife finally yielded and we bought a used Yamaha VStar Silverado, 1100 cc.

At that point, I had become a full-fledged “BIKER” and had joined a motorcycle gang. Well, actually it was a club named the “Chai Riders,” an affiliate of the Jewish Motorcyclists Alliance (the “JMA”), a world-wide association of Jewish motorcyclists (yes, J-E-W-I-S-H). (“Chai” is the Hebrew word for life). The Harley Davidson motto is “Live to Ride.” Our motto was “Ride To Eat.” Every month we would meet at a different delicatessen, dressed in our leathers, to tell Jewish jokes and debate which delicatessen would host our next meeting.

Each year, the JMA holds a conclave at a different city, called the Ride To Remember (the “R2R”) at which we raise funds to support Holocaust education in the city that is the conclave’s host venue. That first year, I rode my Silverado on a 1,600-mile round trip from NYC to the R2R in Savannah with two other members of the Chai Riders. It was my initiation into motorcycle touring and it was fabulous. It was on that trip that I actually learned to ride.

After the trip to Savannah, I was hooked. I wanted a Harley. So, out came my passive aggressive campaign aimed at the still-granite resolve of my esteemed wife. Finally, she stated (through gritted teeth):  “Okay. You can buy any bike you want. But this is the last one! PERIOD!)” At which point, I headed to the Harley dealer, acquired my magnificent Pearl Black Road Glide and immediately became king of the road.

My next move was to join the Patriot Guard Riders (the “PGR”). The PGR was formed in 2005 to shelter and protect the families of deceased American military veterans against protesters at funerals from the Westboro Baptist Church, who claimed that the deaths of American troops in Iraq and Afghanistan were divine retribution for American tolerance of homosexuality. This mission soon broadened to include the funerals of law enforcement officers, fire department personnel, all first responders and any active duty member or veteran of the Armed Forces and is now largely focused on recognizing and honoring the sacrifices of deceased service members as well as their families and loved ones. Riding in honor of these fallen heroes enriched my life immeasurably. As a retiree, it provided meaning and purpose for me.

One experience in particular stands out:  In 2008, a visitor to the battlefield at Antietam came across a button embossed with the word “Excelsior.” After some exploration, the remains of a soldier who had lain there for over 140 years were uncovered. Although the identity of the soldier was undiscoverable, it was determined that he had been a member of a Union brigade from upstate New York and it was decided that the remains would be buried with full military honors at the National Cemetery at Saratoga Springs, NY. I was one of the seven PGR bikers that began the trip to accompany his remains from Antietam up to Saratoga. By the time we had reached Peekskill, NY, where we spent the night, we were 150 bikers.

The next morning, as we rolled through the little river towns on Route 9A alongside the Hudson River, people turned out with signs saying “Welcome Home, Soldier.” Teachers had their classes lined up with flags. In every town, as we passed the VFWs and American Legion Halls, aged veterans stood and saluted. Firefighters and police saluted as we passed. This was one of the most spectacular experiences of my life — and all owing to the fact that I ride a motorcycle and belong to the Patriot Guard Riders (see video HERE).

This past March, I participated in a 700-mile ride in Arizona, hosted by the Lost Tribe, another affiliate of the JMA. We convened in Phoenix and many of us (who had travelled long distances) rented bikes out there. I took the insurance coverage (thank G-d). We rode through the mountains of Arizona and it was magnificent. There are certain places that are so breathtakingly beautiful that, after viewing them, it is impossible to be an atheist. Only a Supreme, all-powerful deity could have created them. The Arizona mountains must be included in that list.

Unfortunately, I hit the ground on the bike four times on that trip. Not at high speeds, but at speeds averaging less than five mph. A motorcycle is a gyroscope. If its two wheels are spinning and its forward motion is unimpeded, the laws of physics dictate that it would be impossible for it to go down. I violated those law of physics four times. Being unaccustomed to the weight and handling of the rented bike, I unintentionally impeded the forward motion of the bike. The lesson that I learned was to never rent a bike that is heavier than the bike that I own. Despite the fact that I closely encountered the pavement four times, the Arizona ride was the best of my life.

Like so many chapters in my life, the unexpected things have turned out to be the best. That 40th anniversary gift from my esteemed wife has been the catalyst of many marvelous adventures. I don’t advocate a motorcycle for everyone, but for me it has opened up a universe of experiences that I had never imagined. Among other things, it has given me untold hours of musing.

By the way, in case you are wondering, my esteemed wife stays resolutely off the back of my bike and waves to me, feet firmly planted on the ground, as I ride away.

Stuart Kaufman is a retired lawyer, investment banker and businessman. He relocated from New York to Mount Pleasant in 2012. A friend recently told him that he has been a South Carolinian all of his life … but he just didn’t know it.

Article originally published in the CharlestonMercury.com

Daniel Greenfield: Attacking Israel for $100, Defending it For $13