Accusations of sinfulness usually tell us more about the values of the accuser than the accused.

If racism is America’s original sin, then its redemption lies in anti-racism. For liberal theologians, Christian and Jewish, who no longer believe in the traditional biblical sins, racism is a godsend. It provides the moral drama of damnation and redemption, confession and absolution, in a way that is compatible with the larger secular culture and their own political ambitions.

Fighting racism isn’t just a cause, it’s a religion. And all that remains of major religious denominations. 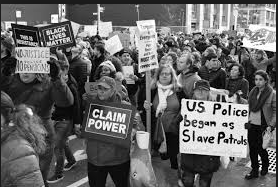 The most resonantly dramatic events for Christian and Jewish liberal denominations remain the fight against slavery and the struggles of the civil rights movement. They revisit and recreate them ceaselessly. And each protest movement, whether it’s Muslim migrants at airports, illegal aliens from El Salvador at the border or Black Lives Matter racists at coffee shops, is a religious revival experience.

The trouble is that the hunt for this particular sin has come to pervade our legal system, taint workplaces, terrorize campuses and unleash social media mobs on random offenders. We are not in a libertine age just because sexual morality is as dead as disco and drugs are on the verge of being legalized. The sins of traditional morality have been replaced by an even more ruthless moral code.

Employees, employers, students and businessmen still fear being fired, expelled and hounded out of society for offending the sensibilities of a fanatical sect and its zealous enforcers. They hide behind hypocrisy, denouncing others while living in terror that their own private offenses will be outed.

A drunken tweet, an indiscreet joke or a mere implication can end even the most respected career.

The religion of racism has become a twisted creed that has perverted its own origins. What began as a unitary effort to bring together different races around religion has instead become a cult that uses its beliefs to divide us with white people as perpetual sinners and black people as unstained saints.

Its fetishization of black victimhood is bad for black people and its conviction that white people are inherently sinful is bad for everyone. As real racism has diminished, its conviction in the ubiquity of this particular sin has not. Fighting the overt discrimination of segregation turned into hunting for covert bigotry by working backward through disparate impact creating a guilt through lack of association.

If black people weren’t visiting national parks or living in sufficient numbers in Utah, it was evidence that national parks and Utah were racist. Racism was no longer something to be discovered by witnessing its presence, but by noting the absence of some ideal multicultural diversity statistic. Civil rights shifted from lifting state sanctions that mandated discrimination against black people to imposing state sanctions that mandated discrimination on behalf of black people. Like the segregationists, they were abusing government power to impose the version of the ideal racial balance that they wanted to see.

The absence of the realization of this vision became its own evidence of racial sinfulness.

When civil rights shifted from punishing mandatory segregation to punishing the lack of integration, it ceased to be a movement pursuing freedom and instead became a totalitarian movement.

Racism diminished, but the religious, emotional and financial need for its existence on the part of the religion of racism did not. Their mission became manufacturing racism. The most mundane interactions were reinterpreted through the discriminating eye of the microaggression. Otherwise neutral institutions were accused of pervasive whiteness. Racism ceased to be an observable interaction between individuals and became the unseen gluonic binding block of all social matter in America.

The religion of racism had reached its logical conclusion. It was no longer the absence of black people, but the presence of white people that was racist. Racism was America’s original sin. White people carried it everywhere with them like radiation. To be white was to have your body and your mind, your thoughts, your writings and even the inanimate objects around you be infected by racial radioactivity.

Racism was no longer an objectively measurable phenomenon. It had taken on all the characteristics of metaphysics. It was everywhere and yet undetectable. It was transmitted by the immutable nature of race, a phenomenon that was paradoxically a construct and yet inflexibly inescapable.

Every tragedy, grievance and outrage was ultimately attributed to this primal evil and original sin.

Political opposition to Obama, poor water management decisions, infant mortality rates, environmental shifts, the vagaries of entertainment industry casting, gun violence and a thousand others could be put down to racism. The religion of racism, like all religion, had found something that explained everything.

To understand America, all you had to do was understand racism. And then you would know that we were a country perpetually divided between privileged white people and powerless minorities.

Implicit bias is the final catechism of a faith in racism. It is a pseudo-religious ritual whose purpose is to force its victims to confess their sins and assert its doctrinal belief in the innate racism of white people. Like all cults, it does this through the familiar brainwashing process of challenging and breaking down identity, through twisted reasoning and emotional abuse, and then reconstructing it in its own image. 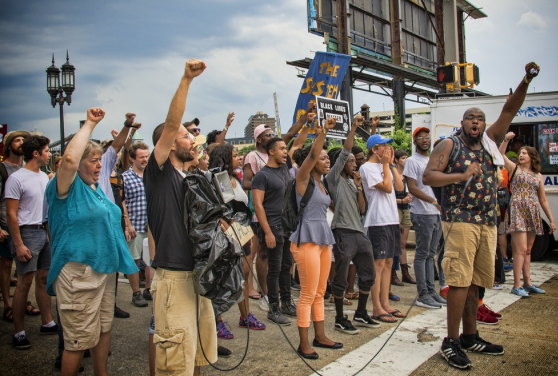 To its believers, implicit bias is the truth that we are all racist. But that we can be saved from our racism by confessing it. Activism is penance. Denounce others and you too can make it to multicultural heaven.

The religion of racism has the right to believe in its hateful creed. What it does not have the right to do is enforce it on others. And yet the left has made a mockery of the separation of church and state by making its own secular religion, obsessed with planetary and racial damnation, into a national creed.

And, like all efforts at imposing a religion, it has led to a religious war which some call a culture war.

The religion of racism is less concerned with actual racists, than with racial unbelievers. The ultimate heresy, the one it’s rooting out with implicit bias and extreme prejudice, is that racism isn’t everywhere. And it’s not a burning national crisis that requires handing out unlimited witch hunting powers.

The theocrats of social justice prefer opposing views to skepticism. The existence of racists reaffirms their belief in the defining power of racism. It’s the skeptics of racism who are the real threat.

If you don’t believe that racism is significant, you challenge their entire reason for being.

And the religion of racism meets these challenges by manufacturing a racial crisis as it strings together anecdotal incidents from a Waffle House to a New York City apartment to a student dorm to a coffee shop, to support its unified field theory of universal bigotry and suppress skepticism about its powers.

The puritanical panic has less to do with fear of racism than the emotional needs of the witch hunters. Informing on your neighbors, denouncing fellow students and becoming the center of attention is emotionally fulfilling for the same psychological reasons that it was for the Salem accusers, the Parisian mobs of the French Revolution and the rampaging Communist students of the Cultural Revolution.

But beyond the twisted psychology of the activist accusers, the judges of kangaroo courts and the town criers of the media eager for scalps, the human sacrifice of the purge releases social tensions. This was the social function of human sacrifice. The shocking spectacle of bloodletting, the mob psychology and adrenaline release, relieved the fears and anxieties bedeviling society and left them feeling cleansed.

The constant hunt for scapegoats is a feature of an anxious society fearful for the future. Social justice scapegoating gives a generation on the edge of history a temporary sense of control by abusing others.

The left likes to believe that it’s a positive movement, defined by its utopian aspirations, not its brutal tactics. But it is a movement built on fear and hate, on a historical inevitability that is premised not on human progress, but on human collapse, on inescapable problems and necessarily ruthless solutions.

The religion of racism isn’t unique to America. But there is something special about it in this country. It stinks of the soured beliefs of liberal religious denominations, their loss of faith in God and man, and their growing conviction that salvation lies only in men wielding the unlimited power of their governments.