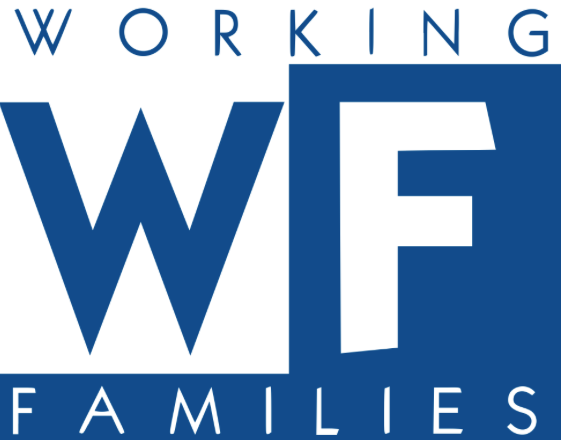 When D.C. Councilmember Trayon White came under fire for blaming Jews for controlling the weather, dumping a Holocaust Museum tour and donating to an anti-Semitic Nation of Islam event, the loudest voice in his defense came once again from the Working Families Party. The WFP is a spinoff of ACORN.

Rafael Shimunov, the WFP’s Creative Director, claimed that each exhibit of the Holocaust Museum was a “new trap” as the “under educated Black man was followed by rich white people waiting for him to say something offensive.” Shimunov, a member of the anti-Israel hate group If Not Now, had previously also defended Keith Ellison and Linda Sarsour over their own anti-Semitic comments and history.

White isn’t an “under educated Black man” victimized by the Holocaust Museum’s exhibit “trap.” He has an MA in Public Administration and a BA in Business Administration. He’s a bigot. Not a victim.

But why would a senior figure in the WFP waste his time defending Trayon White’s anti-Semitism?

Before Trayon White made headlines for his bizarre claims of Jewish weather control, he had been backed by lefty activist groups that are political allies of the WFP. White had been endorsed by D.C. for Democracy along with other anti-incumbent insurgents. He also received the backing of Jews United for Justice. There aren’t a whole lot of Jews in Trayon’s district, but, despite its name, JUFJ isn’t really a Jewish group. Like the WFP, it’s a Soros organization. And it kept trying to cover for Trayon.

But this sort of thing keeps happening to the Working Families Party.

“We don’t want to ruin the lives of young people who are too young to understand,” she said, of the attackers.

In early April, New York State Assemblywoman Diana Richardson allegedly made some nasty remarks about Jews. Richardson was the WFP’s candidate. And its first big State Assembly win. The Jewish Press called on Richardson to resign. And I reached out to figures within the WFP to ask them to condemn her bigotry. There was no response. The WFP doesn’t condemn anti-Semitism. Instead it defends it.

Linda Sarsour had praised Louis Farrakhan and the Nation of Islam. She even defended Farrakhan against accusations of anti-Semitism from, what she called, the “Jewish media.” Her efforts to marginalize Jews, celebrating stone throwing against Jews and BDS activism were met with Jewish protests. Four top WFP officials, Dan Cantor, its National Director, Joe Dinkin, its National Communications Director, and Bill Lipton, its New York State Director, signed a letter defending her.

Cantor and the WFP have also been enthusiastic proponents of Keith Ellison even though the longtime former Nation of Islam member had a very ugly history of anti-Semitism. The Minnesota Daily opinion editor, Michael Olenick, had even described Ellison’s writing as “a genuine threat to the long-term safety and well-being of the Jewish people.” But that wasn’t a problem for the Working Families Party.

And these incidents keep popping up around the WFP and its candidates.

Some years ago one of the WFP’s field directors had to be fired from a state campaign over social media ugliness aimed at Israel. Next month, the Party pulled its support for the candidate’s campaign.

The WFP operates on the margins of the far left. And its candidates, like Cynthia Nixon, its pick for New York governor, who signed a BDS petition by the anti-Israel JVP hate group, tend to be on the anti-Israel side of the aisle. Bill Lipton’s social media and Rafael Shimunov’s activism make it rather clear that top figures in the radical group share the left’s traditional hostility to the Jewish State.

But the cases of Trayon White, Cumbo and Richardson show a comfort level with anti-Semitic bigotry in the black community that has nothing to do with Israel. Even Keith Ellison’s old history of defending anti-Semitism by Khalid Abdul Muhammed (“that old no-good Jew, that old imposter Jew, that old hooked-nose, bagel-eating, lox-eating… just crawled out of the caves and hills of Europe, so-called damn Jew”) to Joanne Jackson (“Jews are among the most racist white people I know”) had nothing to do with Israel.

Women’s March leaders like Tamika Mallory have tried to change the topic from anti-Semitism to Israel. But Farrakhan’s anti-Semitism isn’t motivated by Israel. The Nation of Islam predates the rebirth of the Jewish State. The stereotypes that Cumbo, White and Richardson are drawing on are even older.

And the left has a long, ugly history of trafficking in those stereotypes.

“What is the worldly religion of the Jew? Huckstering. What is his worldly God? Money. Money is the jealous god of Israel, in the face of which no other god may exist,” Karl Marx ranted.

Like some of the WFPers, Marx had Jewish ancestors, but that didn’t interfere with his anti-Semitism.

The same idea was put forward by Pierre Leroux, who had coined the term ‘Socialism’, “When we speak of Jews, we mean the Jewish spirit, the spirit of profit, of lucre, of gain, the spirit of commerce.”

Charles Fourier coined the term, “feminism”. “The Jewish nation is not civilized,” he wrote. “It devotes itself exclusively to traffic, to usury, and to mercantile depravity.”

“Every government having regard to good morals ought to repress the Jews,” he demanded.

Pierre-Joseph Proudhon, the father of anarchism, made him seem downright benevolent. “The Jew is the enemy of the human race. One must send this race back to Asia or exterminate it.”

It’s not hard to see how the racial nationalism and socialism of the Nazis emerged. And it’s equally easy to see the same political elements at work among some of the WFP’s anti-Semitic allies.

The Working Families Party doesn’t have an anti-Semitism problem because of Israel. Neither does Jeremy Corbyn in the UK. The Labour Party’s ugly history of anti-Semitism goes back to its roots in the National Socialist Party and Henry Hyndman. “The attack upon the Jews is a convenient cover for a more direct attack at an early date upon the great landlords and Christian capitalists,” the founder of England’s first Socialist political party had urged. Anti-Semitism is a class warfare political distraction.

When Rafael Shimunov defends anti-Semitism by talking about “rich white people”, it’s hard not to hear the historical echoes of the way that the left has always used class warfare to justify the hatred of Jews.

The conspiracy theories, Jews controlling the weather, may be goofier than ever, but Trayon White had fastened on a classic anti-Semitic obsession of the left. It’s the very same one that touched off the latest round of condemnations of Corbyn’s anti-Semitism in the UK. That’s not a coincidence. It’s a pattern.

The left knows that class warfare sells better when packaged with anti-Semitism. Israel is just an excuse. Using Jews as economic scapegoats appeals to the petty tribal bigotries of the districts that the WFP is after. The WFP tweets a lot about the Nazis even while it borrows their politics of racial resentment.

And that’s why the Working Families Party has an anti-Semitism problem.