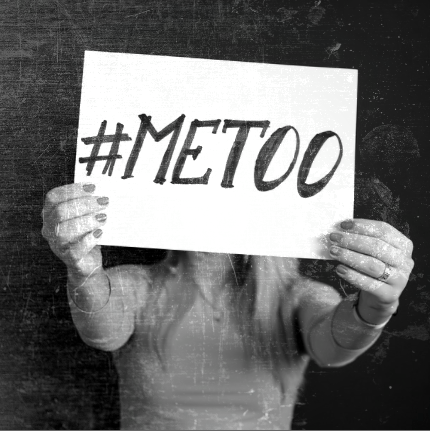 A funny thing happened to the #MeToo movement in the Democrat Party.

While #MeToo burned a fiery trail through the media, leaving behind the wrecked careers of top talent, after suffering some initial losses, the Democrats built a firewall by ruthlessly targeting activists.

Their approach was eerily similar to that of Harvey Weinstein. But they understood the political problem in a way that the movie mogul hadn’t. The Democrats didn’t go after the victims. Instead they made an example out of the activist female politicians within their own party who championed the accusations.

And Harvey could only envy their track record.

Rep. Elizabeth Esty (D-CT), once a #MeToo advocate, is retiring and won’t run again. Senator Kirsten Gillibrand (D-NY), who had built her 2022 brand on fighting sexual harassment and who had belatedly condemned Bill Clinton, abandoned her position after pressure from donors. And California Dems are preparing to finish off Cristina Garcia, an assemblywoman who had challenged their sexual harassment.

The Democrats may have lost Senator Franken and Rep. Conyers, but they’ve stopped the bleeding. And their damage control technique cracked a problem that had bewildered Hollywood’s spinmeisters.

Rep. Etsy had called for Rep. Conyers to resign. Then she was forced not to run again after accusations of sexual harassment against her chief of staff. Cristina Garcia has been accused of groping a male staffer.

The initial wave of #MeToo accusations caught Democrats by surprise and split the party. Some wanted to clean house while others threatened to purge fellow Democrats who denounced their own.

The pressure by donors and threats by insiders generally remained covert. But one top Democrat donor went public with her threats. Susie Tompkins Buell, a top Hillary donor and Democrat supporter, lashed out at Senator Gillibrand and other female Senators who had called for Senator Franken to resign.

“As for Gillibrand, unfortunately, I believe she miscalculated and has shot herself in the foot,” Buell wrote. “I have supported her for many years. Will I going forward? To be determined.”

That wasn’t the only financial hit that Gillibrand took. And it explained why she backed away.

Buell was just saying what many top Dem donors were thinking. Franken had been popular with the lefty donor class which viewed condemnations of sexual harassment as empty virtue signaling. On email lists and Facebook groups, hard core Dems traded ‘Frankentruther’ conspiracy theories claiming that Franken had been framed and that the senators who urged him to resign had sold out to the GOP.

In Franken’s home territory, even #MeToo women who had never condemned him were purged.

Lindsey Port had spoken out about sexual harassment by a Democrat Farmer-Labor state senator and her story led to the resignation of her alleged harasser. Donor pressure then ended her political career.

“Knowing now what’s happening, and feeling like I’ve been blackballed and there are these economic repercussions, those women don’t feel like they can speak out,” Port said.

Port may have been undone by a whispering campaign in Minnesota, but in California, the #MeToo backlash took an uglier turn more in line with its political culture.

Cristina Garcia had been featured as one of Time Magazine’s ‘Silence Breakers’ after angrily calling for the resignations of legislators accused of sexual harassment, including Assemblyman Raul Bocanegra (D-Pacoima) and Senator Tony Mendoza (D-Artesia). As the chair of the Women’s Caucus and one of the original signatories of We Said Enough letter denouncing a “pervasive” culture of sexual harassment, she had become an icon. But, like Esty, the accusations of sexual harassment were turned against her.

The former #MeToo movement leader stands accused of everything from groping to homophobia, racism and playing spin-the-bottle. And the State Building & Construction Trades Council is raising money to defeat her. The union was a significant donor to Bocanegra, Mendoza and the Calderon clan.

The politics involved are complicated in the way that they usually are in a corrupt political system.

An accusation that Raul Bocanegra had groped former Senator Ron Calderon’s staffer had resurfaced. Calderon had continued to support Bocanegra. At least until Calderon was raided by the FBI in a corruption investigation. Calderon was the leading member of an eponymous political dynasty.

Garcia took office by beating Tom Calderon, Ron’s brother, who would also be jailed. She had demanded that Calderon resign. Last year, she campaigned against his early release, arguing in a press release, “It’s bad enough that he walked away with a mere 42 month sentence when his crimes dictated 396 years.”

The groping accusation against Garcia came from a former staffer of Ian Calderon, Ron’s nephew, who relayed it to Ian, who then passed it along.

It’s hard to know where the truth lies. And Garcia is not the only California #MeToo member whose career was harmed because she supported the movement’s insistence on ending harassment.

The meeting between #MeToo and the Democrats is a familiar story about how abstract reforms become much less appealing when you have some skin in the game. Fighting sexual harassment had always meant combating it somewhere else. But it was never supposed to hurt the virtuous Democrats.

“’There’s a special place in hell for women who don’t help other women.’ And I believe that,” Susie Tompkins Buell had trumpeted in a campaign to fight sexual abuses in the military. Buell had even allegedly been willing to fund payments to Trump accusers through Harvey Weinstein’s lawyer.

But it was very different when the sexual harassment and scandals were coming from inside the house.

Virtue signaling convinces the left of its own unimpeachable morals. When push comes to shove, it rejects guilt for any of its wrongdoing and attributes such allegations to conspiracy theories.

The same mental evasions that led Dems to ridicule the women assaulted by Bill Clinton made the Frankentruthers into a significant voice within the activist and donor circles of their movement. Sexual harassment elsewhere is an outrage. Sexual harassment in their own ranks is a right-wing conspiracy.

And any women who disagree and try to expose it are obviously traitors helping the Republicans win.

Hollywood killed #MeToo by sucking it into a cyclotron of feminist virtue signaling. #TimesUp changed the conversation from sexual harassment by industry figures to pay hikes and gender quotas. The Dems killed #MeToo with a combination of donor blacklisting and targeted attacks on #MeToo advocates.

And what started out as a call for reform ended, as it always does, with a cover-up.