An article was posted on the Convention of States (COS) website recently that spoke in glowing terms regarding the passage of a resolution by the Louisiana state legislature that provided for the selection of commissioners to the COS should such a convention be called. 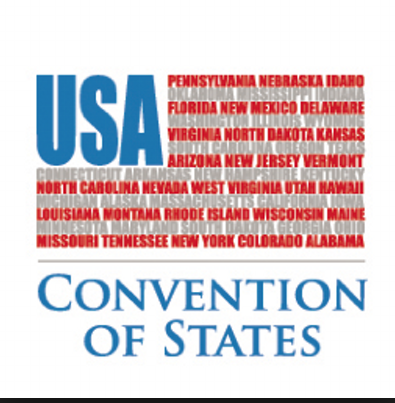 Let me start the discussion by stating that I am a whole-hearted supporter of the use of a COS to rein in a totally out-of-control federal government. Of particular concern is the level of fiscal irresponsibility on the part of the Congress and the blatant disregard for the constitution’s restraints and limitations on federal authority. However, there are many concerns that many people share that could easily be addressed by a COS. The ideas are as diverse as the many states of the union.

For this reason, I find myself questioning why Louisiana is placing such severe restrictions on the ability of its commissioners to support a proposed amendment that was not specifically included in the legislature’s instructions to its commissioners.

“The resolution also provides for legislative control over the commissioners. The resolution specifically establishes “the duty to abide by instructions established by concurrent resolution of the legislature for participation in the convention.

Prior to the convention, the legislature will, by concurrent resolution, provide written instructions to the commissioners and alternates regarding the scope of matters they may consider and vote on at the convention.

My question is quite simple. If the commissioners/delegates to the COS are only permitted to recommend amendments that will subsequently be voted on by the legislatures of the several states, why would any state hamstring its delegates in such a way as to prevent them from voting on a suggested amendment proffered by another state that might be outside the scope of what Louisiana’s “scope of matters that may be considered or voted on…”?

The potential for constructive suggestions coming from other states is great. Regardless of what suggestions are made by any of the 51 delegations, each such suggestion must receive an individual vote of the convention. If any suggestion is approved by the convention, it will eventually make its way back to Louisiana for a ratification vote in that very same legislature that sent the commissioners to the convention as its representatives. It makes no sense whatsoever to prevent one’s commissioners from voting for a suggested amendment that has merit.

For example, during a county Executive Committee meeting of the Republican Party, a West Virginia Senator with a long history in the legislature raised strong objection to my suggestion that support for the repeal of the 17th Amendment be added to the state party platform. She exclaimed very loudly that “I don’t want a bunch of Democrats deciding who represents me in the Senate.”

Frankly, I was both shocked and dismayed by her lack of understanding regarding the constitution’s original intent behind the two-tiered Congress and the purpose of Senators. I was also surprised at her short-sightedness. At the time, the Democrat party controlled the legislature in West Virginia. However, just a couple years later, the Republican Party took control and has held it ever since. So the fear of Democrats choosing “her” Senator was soon after no longer an issue. The point of the suggestion, that Senators were intended to represent the states in Congress, not the voters (who were represented by their members of the House of Representatives) was completely lost on this politician.

So, what would happen to Louisiana’s votes at the COS if they were forbidden to vote on such a suggested amendment to repeal the 17th Amendment? Do they give up that opportunity to have a say in that issue? Do they summarily vote against every suggestion that was not on the list provided by the legislature?

The inordinate fear surrounding the calling of a COS is reaching the level of paranoia. It is time to face reality and allay the fear and trepidation surrounding it once and for all. A close reading of Article V of the constitution makes it crystal clear that the power provided to Congress to recommend amendments to the constitution (successfully accomplished seventeen times since the passage of the Bill of Rights) still requires the approval of three-fourths of the state legislatures before they become effective as amendments. Congress recommends – states ratify – amendments happen. The very same parameters apply to a Convention of States. COS recommends – states ratify – amendments happen.

That’s about as simple as it gets. Regardless of how many restrictions and requirements a state ties around the necks of its delegates, a COS could never become a “runaway convention.” The founders were smart enough to understand this. As it stands at present, the only body that could potentially become “runaway” or be capable of destroying our constitution is a Constitutional Convention; a completely different animal. There is no provision for such a body to ever be constituted under our constitution. Legally, it would require an amendment to the constitution to provide for such a body to ever be constituted and that is impossible to contemplate given the current divided political climate in America.

Even if delegates to a COS were sent with no limitations placed on them (a better solution), a COS cannot change the constitution on its own. When discussing a COS with friends and legislators in your state, it is important to make this distinction with those who refuse to support a COS out of fear of the “runaway convention” argument. It simply cannot happen. Louisiana’s resolution is un-necessary overkill.

Where Honor is Served