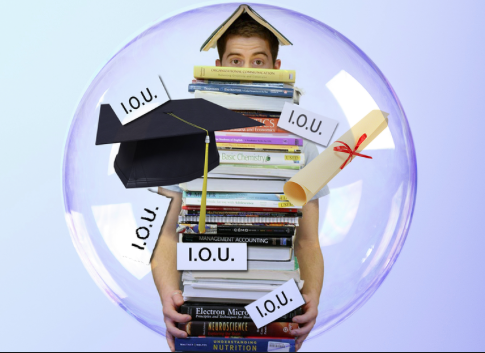 One of the witnesses that will address the committee is Marnie Voight of the Institute for Higher Education Policy. According to Politico, one of her requests of the committee will be that they appropriate an additional $25 million dollars to expand the limits on Pell Grants for college students.

These grants are offered to low-income students to help defray the costs of college and are not loans but outright gifts from taxpayers to the recipients who are under no obligation to repay the money in the future.

Her position on this matter is motivated by the belief that it is needed to offset the increases in the cost of college. Politico quotes as follows:

“College tuition and fees have increased at nearly five times the rate of inflation.”

As I have often pointed out over the past few years, one of the primary reasons for the rapid inflation within the higher education industry – far beyond the overall inflation rate – is the influence of federal subsidies in the form of grants and loans to students.

Unfortunately, this problem has been ignored for far too long. As a result, any effort to constrain these subsidies is likely to meet serious resistance from those who believe that government money doesn’t come with any costs attached and therefore should be taken advantage of wherever possible so that the public thinks it is money well spent. After all, who could possibly be against a relatively small portion of our tax dollars going to needy kids who just want to go to college but don’t have the funds to do it without help?

It is not the government’s intended purpose to dispense charity to any particular citizen(s) in this country. Charity is a voluntary transfer of value from one individual or organization to their beneficiaries on a voluntary basis out of the goodness of their hearts. Forcibly taking money from taxpayers and using it for purposes that are, in-reality, counter-productive in solving the problem of higher education cost-containment is not charitable. It only exacerbates the problem while forcing taxpayers to fund things with which they do not agree or which waste that money..

What we should be asking is why the federal government has gotten itself so deeply entrenched in the education system at all. It is certainly not one of the enumerated powers vested in that institution by our constitution. Further, private colleges and universities have their own mechanisms for providing scholarship money to students that would otherwise be unable to afford them and could do it without taxpayer dollars. Public university costs could also be far lower than most private colleges because they eliminate the profit motive while keeping their facilities and offerings affordable for more students. But they, too, often subsidizing their operations with taxpayer dollars, too. Neither public nor private universities have the student’s best interests in mind.

The simple truth is, grants and loans wind up saddling students with massive debt without regard to whether they completed their course of study or can afford the debt. Then they enter the workforce facing that huge debt which then influences how much they need to make in order to afford the payments on their debt. In many cases, they are neither capable of or experienced enough to qualify for a job justifying that needed income requirement. This does no one any good…except the colleges and universities.

You see, when all that federal money is readily available to many students without regard for their future ability to repay the loans, there is absolutely no incentive for universities to curtail their spending.

Much of the cost of operating a college is confined to two categories – personnel and physical building up-keep and operation. If one looks at the typical large university you will see that its faculty is, in a word, bloated. Nearly every professor has at least one “assistant” and possibly a graduate student that does much of the mundane work that the professors should be doing themselves…like reading papers, grading papers, preparing lecture outlines/notes. What they are actually doing is usually conducting their own research and writing scholarly papers that do little for the students and in some cases produce added income for the college through research grants and royalties on published books, etc., that were made possible by largess from the university.

Many universities operate from enormously expensive and elaborate campuses that look great in the brochures and serve as selling points to lure students (and their parents) into enrolling, but they do very little to contain costs. What these buildings cost both to construct and operate gets passed along to the students in the form of higher fees and tuition. But remember, as long as they can keep borrowing more and more money to pay for it, it’s nothing to worry about – from the university’s viewpoint.

For those skeptics who would suggest that it is impossible to operate a college without federal subsidies, they need only look to Hillsdale College in Michigan as the proof that they are dead-wrong. Hillsdale College deliberately shuns federal funding of any kind and declines admission to any student utilizing federally-provided or -funded loans or grants. Instead, they produce adequate scholarship funding from donors and charitable organizations that share their vision of an education free of government influences and biases that come with accepting federal funding to the college. It’s called freedom and the free market.

The federal government should not be subsidizing things that could get along without them. Higher education is one of them. It simply takes a little less extravagance on their part to make a lot more students come out of their institutions free from debt and still have an affordable and useful degree to show for it.

Is Penn State Encouraging Kids to Be Snowflakes?