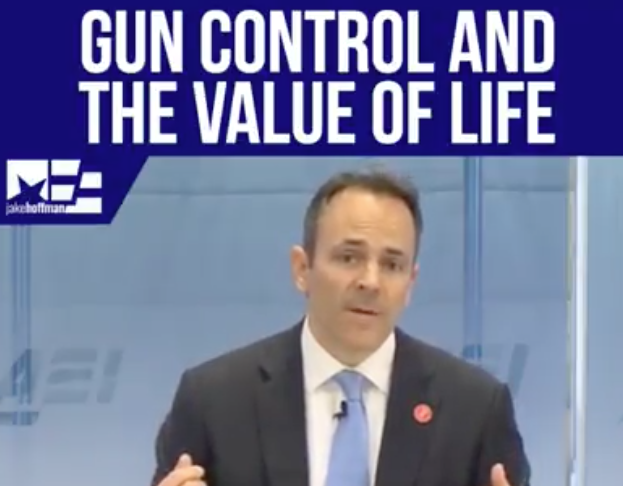 Recently I read a comment on a Facebook post concerning the 2nd Amendment. It was apparent that the individual (not on my friend’s list but participating in a thread) was very uninformed regarding the meaning behind the 2nd Amendment and how it protects our country and all the other rights. After a bit of thought, I was inspired to respond in a manner that I thought might plant that seed of factual reality that was missing in this man’s understanding. Here is what I wrote to him following a portion of his post, so you know the basis for my initial evaluation of his words:

“The 2nd. Amendment needs to be very carefully studied and rewritten. As it is it means that each American should have a trailer behind his vehicle with an anti-missile cannon and 2 or 3 hundred nuclear warheads in our possession. For God’s sake America, wake up and at least listen to our children. WE MUST START SOMEWHERE. S T A R T The magic word.”

Your comment demonstrates that you really do not understand the rational basis for the 2nd Amendment, and you do not give any recognition to the literally hundreds of thousands of instances where personal firearms have defended a human life and/or prevented some crime from being carried out.

The 2nd Amendment was created because the leaders of the 13 colonies had just fought a war against a tyrannical government in England that wanted to make slaves out of them. They did not want that to happen ever again. So, they made sure that the citizens of America could ALWAYS defend themselves against any effort to impose tyranny on them again. Keep in mind that the central government proposed in the constitution was seen by many at the time as an opportunity for it to overpower the states and impose its will on the states. This fear was, in part, responsible for the powers of the federal government being carefully made specific and limited by the constitution. The states were supposed to control the rest (or let the people do what they chose to do without interference).  It’s called freedom.

We are closer to that tyranny than we have ever been in America’s entire history. The conversion to a socialist state of complete control in the hands of the federal government would very likely be close to reality by now had Hillary Clinton been elected. We got a reprieve, but it may just be temporary. Look around the rest of the world and examine the many dictatorships that exist now or did exist in the past 100 years. N. Korea, Russia, Venezuela, Vietnam, Cambodia, Hitler’s Germany, Italy (fascist in WW2), Cuba, China, and the European post-WW2 Eastern Bloc. They all acted to disarm the country so that there was no resistance to the demands of the government or dictator.

America has protected rights that are not granted by the government but are inherently part of being a human being. Defending against assaults, crimes, or government-sponsored tyranny are God-given right.

So, NO, the 2nd Amendment does not need to be re-written, it needs to be studied by our children and their children so that they understand the brilliance that is behind it and the way it protects all the other rights we, as humans, deserve. One of the greatest failures in America’s history has been the deterioration of the nation’s schools. We have now reached the point where Government and Civics have hardly been touched by the time our youth graduate from High School and our institutions of higher education have been so taken over by those who would destroy our Constitution and much of our heritage as a country. As a result, many exit college with a decidedly leftist viewpoint that supports government as the answer to everything. It clearly is not. Much of our problems could be mitigated by a return to the principle of personal responsibility.

As Kentucky Governor Matt Bevins pointed out in the video on which your comments were based: Gratuitous violence permeates nearly every aspect of our entertainment. From video games to movies, the level of violence and its depictions in graphic detail does only one thing when observed for hours per week by very young and immature minds. It desensitizes children toward death and violence. It makes them come away with a warped sense of the value of human life being very low.

What used to be settled on the school yard – what is now called bullying – has been exploding into a sport because there is so much emphasis on not fighting back that those who pick on the weak no longer fear reprisal. They know that the one who fights back will get punished, too, so there is a level of safety associated with picking a weak victim who is unlikely to risk punishment by fighting back.

The same principle works havoc on schools because of the Gun Free Zone designation that guarantees a defenseless field of victims on which to focus one’s anger or hatred. In many cases, the victims of the bullying become the aggressors in the schools when they reach the breaking point and decide it is worth the effort to fight back against all the people who picked on him/her in the past. There are limits to what the human mind can handle.

So, yes, there are many things that need to be addressed. Hardening of schools, elimination of Gun Free Zones, holding school administrators and law enforcement responsible when the warnings are present and are ignored, teaching students to respect each other or face consequences, teaching kids that they need to stand up for themselves without fear of punishment, parents taking responsibility for the behavior of their children both in and out of school. All of these and more are needed to “fix” the problem of violence in our society and particularly in our schools.

The bottom line fact that remains indisputable is that 30 million or more responsible firearms owners across America have killed or wounded absolutely nobody. Nadda, zip, zero. It is ridiculous to pursue an approach to this problem that punishes those who are innocent and ignores those who have demonstrated that they have no interest in obeying the standards of behavior expected in a civilized society or the laws that the society establishes to maintain order.

The villains within this discussion are several. Each requires a different mindset and a different approach to resolving the conflict. Whether it is mental illness, bullying, or crime in general, passing laws that only impact the innocent while denying them their basic rights to self-defense are not the answer.

Daniel Greenfield: Washington D.C. is the Most Unequal City in America