Watching American TV nowadays can make a majority of people in this country feel disenfranchised. It seems that all story lines, all sympathetic (non villain) characters, and all challenges for the heroes to overcome are custom tailored to advance leftist, “progressive” political views. What’s particularly insidious about this (even if you’re somehow okay with the basic notion of something that purports to be entertainment telling you how to think) is that the narrative often doesn’t even bother acknowledging legitimate controversy; instead of showing an honest difference of opinion between good people, the liberals are obviously right, and their conservative opponents are just misguided and deluded souls in desperate need of enlightenment. I still remember an episode of the old sitcom “Seinfeld” that implied that anyone with pro-life beliefs on abortion was comically savage and immoral.

So it was a pleasure to see the premiere of the “Roseanne” reboot, which took a fair and much more nuanced approach to important political issues. A bougie family they are not and  aside from the nostalgia, there happens to be a powerful appeal that reassures the viewers that middle class America 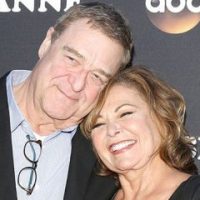 “the silent majority” is here to stay of course without alienating the coasts. The story opens with the title character and her semi-estranged sister speaking for the first time since the 2016 election, as Roseanne had vocally voted for Donald Trump while her sister, Jackie, was a Hillary Clinton supporter.

To be honest, when the show was originally on about 20 years ago, Roseanne Conner’s (the character) politics had been markedly progressive, but I think that makes her Trump vote now all the more impacting. Not only does it align more closely with the real-life views of Roseanne Barr (the actress, who is indeed a Trump supporter), but it sends a message about just who the people who voted for our President really are. Roseanne’s show has always been about working-class Americans, the people who, unlike the Hollywood elite, don’t have a fortune to donate to political campaigns, notice when prices at the grocery store go up, and feel real pain when Congress would rather bicker over details than pass a bill to cut taxes.

Roseanne’s character, just like the actress herself when she first started out in life, works to eke out a living for herself and her family. It’s a trait she shares with most Americans who backed Trump, and that’s not a coincidence.

To be sure, the show isn’t some mouthpiece for conservative political values. That would be just as bad as what we get with everything else on TV, which supports liberal views. It is somewhat ironic, however, to watch the hysteria among the left now, who worry that Roseanne Barr’s real-life support for Trump will translate into a sitcom that endlessly praises the President; one wonders whether they felt the same way every time Barack Obama got some good press from Hollywood, which was frequently.

What the show is, on the other hand, is a reminder of who really voted for Donald Trump and put him into office. It wasn’t Republicans, it wasn’t Democrats; wasn’t conservatives, wasn’t liberals. It was Americans. Real working people who struggle to put food on their family’s table the right way, while government at all levels is deaf to their plight. It’s people like Roseanne Conner, a fictional character who represents millions of Americans, and Roseanne Barr, a now-successful real woman who had to work her way up from the bottom. These are people who are sick of hearing about lofty political ideals while nothing actually gets done on the ground. They’re people who are used to taking action, and did, because no one else would.

Donald Trump isn’t the President of the United States because Hillary Clinton’s supporters didn’t bother showing up to vote. He’s the President because millions of hard-working, real people, did show up.

Daniel Greenfield: The Media's War on the First Amendment