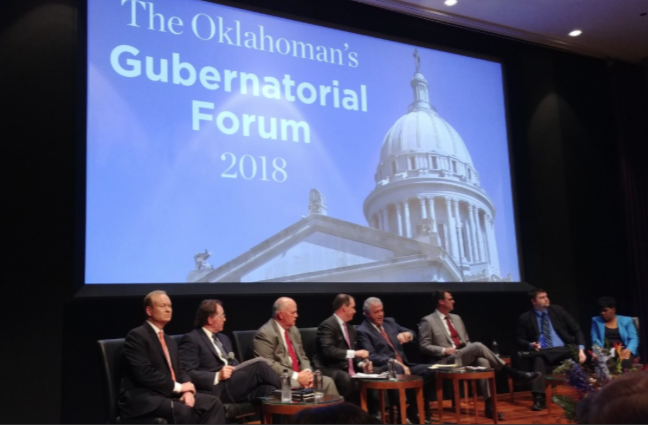 There is a small, marginal chance that a Democrat candidate could win the governor’s race in the state of Oklahoma. In fact, Oklahoma is considered the ‘reddest state’ in the United States. Republican conservative voters have increased over the years and thus, President Trump won big in the Sooner State.

As such, it is critical that the candidate from the Republican Party be chosen for the primary. Oklahoma has been suffering for generations. Underneath the surface, the state of Oklahoma is a mess. Dysfunctional behavior of local and national politicians go largely unnoticed.

Since 1979, the governor’s office has continued to change between Democrats and Republicans and has thereby created an unstable environment. This constant state of indecision has resulted in Oklahoma developing into one the worst states in the United States.

Since 1992, the Democrats have had trifecta control twice while the Republicans held trifecta control only once. Oklahoma is notorious for politicians that exhibit lack of respect and for housing undereducated politicians. Due to these ongoing issues, the state is now in desperate need of leadership in the highest role to create stability and working relationships locally and nationally. Whether you are a Democrat or a Republican, everyone can acknowledge Oklahomans are in trouble.

Oklahoman’s list of dirty laundry includes issues that were recognized by Republican candidates such as incarceration, education for children and adults, infrastructure, the economy, health issues, and no accountability of state agencies. The candidates also agreed that strong leadership is needed to make the severe changes that will be required. Also, social issues were also discussed during the forum and included abortion, religious rights, and morality concerns.

The debate was very well organized, and the candidates displayed professionalism and respect to each other. Candidate responses were mixed with humorous comments and serious conversation. Unfortunately, most of the candidate’s answers were standard political campaign talk. In the future, I plan to attend more debates to learn more about specific solutions to current issues. In my opinion, the candidates need to concoct more detailed solutions for the next forum so that voters can cast their vote for a change maker.

I do not tell anyone which candidate I would vote for, nor do I tell anyone to vote for a particular candidate. However, I do not have any problem voicing what women voters should be thinking about when reviewing political opponents.

The Forum can be reviewed here:  Oklahoma Republican Gubernatorial Forum.

If This Bill Stands, Our Republic is Finished!