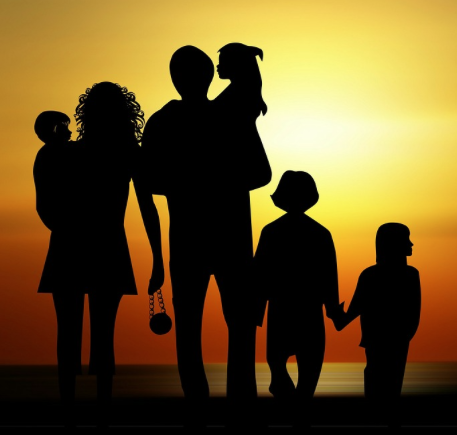 There Are None So Blind as Those Who Cannot See

Over the years, education researchers have done much hand-wringing over the steady decline in the performance of American students on a myriad of testing tools such as the National Assessment of Educational Performance (NAEP). Among the usually cited culprits are race, income, and ability to understand the English language. Others might include special education status (disabilities, etc.), parental involvement (often blamed on income levels), but seldom gain much traction with statisticians.

In the April 18 issue of the Education Week Commentary, an article pointing out that one of the “also-ran” categories of students may well hold the answer to that decades-old question of why our student population’s overall performance fails to make the grade.

In the article, the author points out that the number of children raised in families without the support of marriage and two parents are much more likely to experience problems with conduct, attendance, and grades. The percentage of children growing up in two-parent, traditional families in America is declining to alarming levels when compared to only 50 years ago.

As far back as 1997, and before, studies have been conducted that point out the stark differences between academic success based on family structure alone.

Even outside the narrow issue of educational performance, the Center for Law and Social Policy (CLASP) published a version of Couples and Marriage Research and Policy brief in May 2003 which states the following based on twenty years of research:

Most researchers now agree that together these studies support the notion that, on average, children do best when raised by their two married, biological parents who have low-conflict relationships.

According to this report, a typical dependent of divorced parents is far more likely to see serious reduction in household income.   Sixty-nine percent of children of a never-married parent live in poverty. Because of this, in both cases, custodial parents spend less time with their children and, as a result, frequently demonstrate less involvement with their children’s education. While this is not always the case, it is statistically significant when considering overall negative impacts on educational outcomes. Additionally, the CLASP report states:

Up to half of the higher risk for negative educational outcomes for children in single-parent families is due to living with a significantly reduced household income.

While the Ficco study was one of rather small-scale, it points out something that should have become obvious long before today. The CLASP paper simply confirms the same undeniable point. There are common links between broken homes and lower educational achievement.

However, those who follow the agenda and dogma of the progressive movement in America do not acknowledge what does not fit their agenda. As has been true since the advent of the Zinn and Dewey approach to education, the entire effort has been to use the public school systems to indoctrinate children into the progressive ideology. Part of that ideology requires that traditional family structure be undermined through the impairment or diminishment of religious faith or any moral code that does not allow for the government and elites in academia to be the ones deciding what is right or wrong.

It is antithetical to the progressives in education that family structure would be connected in any way to educational outcomes. This does not stop them from using the family income club to beat up on those who do not follow the dogma that everyone’s life should be equal in outcome rather than equal in opportunity. It does not stop them from claiming other peripheral causes for the overall poor performance of our children on the NAEP tests or other measures of academic performance. Family simply does not fit the agenda.

Ian Rowe, writing for EdWeek Commentary (here), presented powerful arguments in support of this oft-overlooked aspect of school performance. He is totally on point with his statements and offers strong support for the need for greater attention being given to searching for remedies in this area.

Perhaps it is time for more public exposure to be given to the sad statistics and moral arguments that have long been stifled in the public discourse…that there is s time and place for everything, and the time for having children is after the wedding when two-parents, stable relationships plan their families and raise their children to adulthood – together. It has been the norm for centuries and “modern” (read, leftist) views have done nothing but undermine it over the past 50 years or so. We are reaping the results of those trendy, progressive ideas just as we are seeing other aspects of American life deteriorate as the progressive education system works to forward the goals of the leftists while ignoring the obvious.

Gestapo Tactics Have Come to the United States