Just when you think liberal Los Angeles couldn’t get any loonier…you’re proven wrong!

News broke yesterday about the latest waste of tax payer dollars – the roll out of “Cool Pavement” to cut city street heat.

What’s that you ask? It’s a reflective street surface called CoolSeal, a thin gray coating, that is supposed to “cut public road temperatures, cool the insides of nearby buildings, lessen air pollutions, and reduce the threat of death linked to increasingly hotter heat waves” according to the LA Daily News.

Let me sum that up for you – this new street surface is supposed to combat global warming in Los Angeles.

So what could be wrong with this earth saving, “cool” program that has City Council members boasting? It costs $40K per mile. 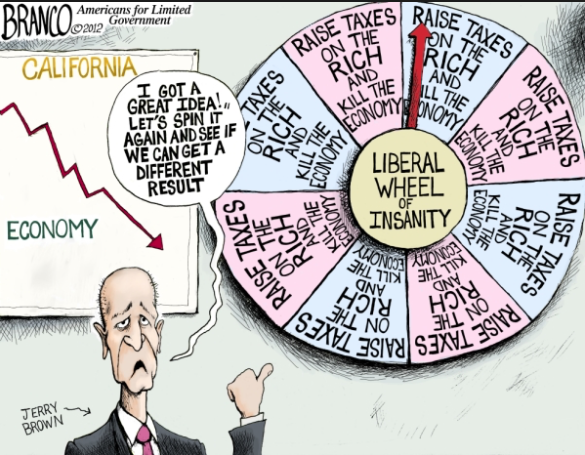 If only Los Angeles had such a surplus of funds and all major city issues under control, that they could waste such large amounts of money on this CoolSeal project which is only right now an “experiment”. LA is actually highly in debt. It is also being plagued by major issues, including a homelessness issue that is at a crisis level.

If you ever wonder why a city like Los Angeles has the issues it does, you need to look no further than examples like this. Our corrupt City Hall has never had their priorities straight. I say “our” because I write this article as a native and current Angelino.  I’ve watched as Los Angeles has continued to deteriorate because of the mismanagement at the top.

Our current mayor is Eric Garcetti. That name may sound familiar, because Garcetti is the latest in his family to be in the power circle of Los Angeles City Hall. His father is Gil Garcetti, a very well known former LA County District Attorney who held the office during the controversial and widely followed cases of OJ Simpson and the Melendez Brothers.

Mayor Garcetti’s reign has been a failure. Homelessness in LA is exploding. The community I live in is trying to grapple with the issue that is directly facing our neighborhood, a once middle class neighborhood who has seen housing prices and rents skyrocket in recent years. Every day when I drive from my house to the freeway entrance, I pass major encampments of homeless. When I walk my dog near the one of our major streets, I have found small homeless encampments right next to homes.

Thanks to city policies and laws, some of which have been blindly passed by the majority liberal electorate, LAPD’s hands have been greatly tied in combating this. Some of the homeless are well versed on the laws and know that if they build their encampment off of the city street and up on a freeway offramp, LAPD can’t touch them. It’s not their jurisdiction. It is that of the CHP (California Highway Patrol). I’ve had to call authorities on matters that have come out of this homeless issue – ie mental health, drugs, etc – and I have seen the shifting of responsibility first hand. “That’s CHP jurisdiction” I’m told by LAPD. I call CHP and I’m told “That’s LAPD jurisdiction”.

That’s not a judgement on our law enforcement, it’s actually a sign of the greater problems in Los Angeles. LAPD, one of the most important “agencies”, continues to be underfunded. An LAPD officer told a neighbor that “if people knew just how short staffed we are, they would be scared”. My neighbors know that unless it’s a life threatening emergency, don’t even bother calling the police. By the time they are able to respond hours later, the problem is usually gone or resolved. One part of city government that should be a priority is not, and is usually used as a tool to manipulate the populous. If we don’t raise taxes, first responders will lose funds, they often say. Or while the State and City defies federal immigration law with Sanctuary State designation, they blame President Trump for the possibility of cutting funds from police and fire if they lose federal funds. 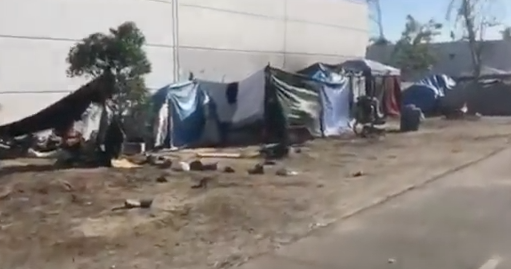 The number of homeless in Los Angeles right now is estimated to be at 58K.  It has surged 75% in six years according to data published by the LA Times. This surged has taken place during Mayor Garcetti’s term which began in 2013, along with a Democrat supermajority in 2016 of the County Board of Supervisors. Los Angeles has the second highest homeless population, second only to another Liberal Paradise – New York City.

Recently Los Angeles dropped out of the Top 50 Cities for Quality of life published by global investment consultant Mercer. California itself ranked dead last (50) in States for the highest quality of life. Los Angeles and California as a whole ranks at the top of lists for “Highest City Sales Tax”, “Highest State Taxes”, “Highest Housing Prices”, “Worst Traffic”, “Most Gridlocked City”, “Rudest City”, “Most Chronically Homeless”, “Biggest Disconnect between Wages and Rents”, and I can go on and on.

With Los Angeles, and California as a whole, having some of the highest taxes in the Nation, both can’t seem to get their fiscal house in order. As of 2017, Los Angeles was running a $224 million dollar deficit and it’s only getting worse. While both keep increasing taxes to account for shortfalls, the spending continues and many tax payers are packing up their moving vans and heading for greener pastures in more tax friendly States such as neighboring Nevada and Arizona. LA and California, known for their Sanctuary State/City status, are quickly turning this city and State into what many of these illegal immigrants are fleeing in their home Countries – one which has a very rich ruling class, a very poor citizenry, no middle class, a troubled economy and a powerful government.

While this is the current situation in the city of Los Angeles, plays out, we are spending $40K a mile to make our streets cooler. At the same time, Mayor Garcetti was in Sacramento, hitting up the State government for $1.5 billion in funds to “accelerate” Los Angeles’s Homeless Plan which obviously has made little impact this far. Maybe Mayor Garcetti should look for the funds right here at home.

To add insult to injury, Mayor Garcetti has been making numerous appearances this past year celebrating the news that Los Angeles has won the bid for the 2028 Olympics. With a major money shortfall which many in Los Angeles worry could become a crisis should the City face a catastrophe like an earthquake, where is the money going to come for the needed upgrades, infrastructure and cost that comes with hosting such an event? The tax payers of course! In fact this week, LA City Council approved a $4.9 billion plan to put in a “People Mover” at LAX (LA’s International Airport) that will take people from the terminals to a rental car area and the Metro Station, all a part of the efforts to improve transportation before the Olympics. Hosting the Olympics is a great honor, but should our city be putting money into such an event right now? The ongoing joke of many, in the midst of all these issues facing LA is to say what Mayor Garcetti seems to be telling the city, “But we have the 2028 Olympics!”

Los Angeles is on a collision course with disaster. There is a desperate need to get priorities straight in this City but with its current leadership and supermajority, there doesn’t seem to be an adult in the room to attempt to reign in the Democrat Free-for-all. 58K people are living on the streets but it’s more important to combat global warming with “cooler streets”. That’s the rationale of our leaders in the liberal paradise of Los Angeles.

But remember, even with all these issues, at least we have the Olympics in 2028!

Daniel Greenfield: March For Our Lives Isn't a Youth Movement

Hollywood Continues to Show Its Complete Disgust and Disrespect For Women