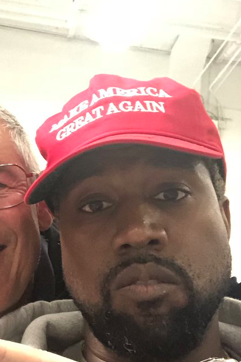 In recent days we have seen two major celebrities express their support for President Trump – Kanye West and Shania Twain. I am not a fan of either, but it has been very illustrative to see (once again) the bullying tactics of the left as they have attempted to bring these two “outcasts” to heal. In one case it worked very quickly, the other not so much.

We’ll start with rap superstar Kanye West. In 2016 West met Trump and had his picture taken with him. So his support for Trump is not a Johnny-Come-Lately event (full context here). But recently he uttered the following words that have the radical left in an uproar:

You don’t have to agree with trump but the mob can’t make me not love him. We are both dragon energy. He is my brother. I love everyone. I don’t agree with everything anyone does. That’s what makes us individuals. And we have the right to independent thought.

You would have thought someone had held up a cross in the face of a vampire. Although that IS an accurate political description of the left. They suck the freedom out of you little by little as they increasingly exert thought control over their victims until there is nothing left except a political slave.

So the reaction from the left was swift – and predictable. Here are some samples:

“There will be many who claim that this… is an aberration, or perhaps even a mental health issue.”

“West’s long stage rants during his last tour, the hospitalization that ended that tour, the emotional fallout from the robbery Kim Kardashian endured in Paris, and his unanswerable social-media presences have led some of his fans to express concern that his unpredictable behavior is related to his purported struggles with mental illness.”

A-ha! There’s your narrative from the left: West is mentally ill! How else could someone support Trump (especially a black man)?

“But this behavior feels fundamentally at odds with the lyrical content of West’s work, which often addresses injustice, and the vagaries of American racism.”

Notice how the author’s own prejudice is evident in assuming that because West is a Trump (i.e. racist right wing) supporter, it negates his work on racism.

“Sorting out someone else’s personal health from afar is dangerous business, and immediately linking any unsavory or disagreeable behavior to a psychiatric condition is equally treacherous.”

Supporting Trump is “unsavory and disagreeable behavior”. Who knew? Darn him for leaving the liberal thought plantation!

“West can be disorganized and grandiose—at televised events, he is prone to eschewing the teleprompter to pontificate extemporaneously—but whether his behavior is pathological is perhaps not exactly our business.”

Well, at least he CAN talk without the teleprompter unlike our last President.

“Whether that negates the value of West’s work, or renders it false, is a personal decision his listeners can now make for themselves.”

So if someone talks about injustices and happens to support Trump then that negates their value of course. Because we all know that it is conservative white Republicans who have always been racist and oppressive of blacks (despite the historical reality of the exact opposite).

West also tweeted that he liked how Candice Owens thinks. I first learned of her right here on Politichicks with an interview the Glazov Gang did. I love the way she thinks too, especially when she said “I’m not far right—I’m free”. So of course she comes under the left’s attack as well:

“There is very little original about her, at least in that conservative space, beyond her color and gender, and her “Red Pill Black” nom de guerre on YouTube is recognition of that exclusivity. However, Owens echoes an old, and primarily white, conservative line that black voters are living on some sort of Democratic plantation, enslaved by the liberal ideals that our own African American forebears have helped to shape since Republicans abandoned us after the passage of the Civil Rights Act. The entire framing of that is racist in a way that folks like Owens do not seem to grasp, and it is a puddle-deep interpretation of history.”

Actually Candice Owens is 100% correct. And she’s a lot more original than the same old bully tactics of the left.

It remains to be seen whether Kanye West eventually succumbs to the pressure being brought to bear on him. After all this is the same man who said George W Bush didn’t care about black people. Has he had a change of heart/mind or is this an act to sell records? Either way, right now he is exposing a critical element of the left’s playbook for all to see. And it ain’t pretty. 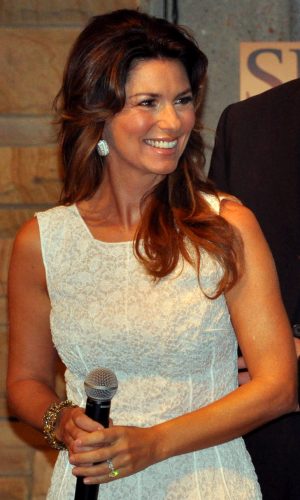 Now onto Shania Twain. (Remember her strange performance as a guest judge on Dancing With the Stars? If not read HERE for a recap…) Shania is the perfect example of what most celebrities do when faced with backlash from the left- they fold up like an accordion. She back-pedaled so fast that she may need to be checked for whiplash:

“I would like to apologise to anybody I have offended in a recent interview with the Guardian relating to the American President. The question caught me off guard. As a Canadian, I regret answering this unexpected question without giving my response more context. I am passionately against discrimination of any kind and hope it’s clear from the choices I have made, and the people I stand with, that I do not hold any common moral beliefs with the current President.”

Time will tell if she groveled enough to satisfy the liberal masters. But in reading some of the responses to her apology it is obvious she totally miscalculated her country music fan base by surrendering to the left. This may well be the worst PR move since the Dixie Chicks. Here are some of the responses:

“So disappointed in you for not being brave enough to stand up for our President! I have been a HUGE fan of yours from day one & VERY disappointed that you cowered to the Lefts bullying tactics. Will never buy another CD of yours or go to any of your concerts again.”

“Trust me, you just offended a lot more people with this lilly livered apology than you did with your initial statement. You folded like a cheap suit.” #norespect

“I am incredibly disappointed you cowed under to the socialist communist bs and didn’t stand on your opinion there is nothing wrong with doing that.”

“Your initial comments re: @POTUS were expressed as a strong, independent woman. Your apology was weak, and pandering. Great job. Now EVERYONE has left you.”

“Congrats! You just dumped 230,000,000 Americans who support TRUMP and [email protected] is doing to stop the leftist communists from destroying freedom and liberty! You better hope the gunless senseless leftists don’t turn on you now, but I’m pretty sure they will.”

“You’re not as strong a woman as I thought you were. Never apologize when you know you’re correct never lower yourself to their standards stand tall God bless America.”

“Hush. No one cares. Man. I feel like an American.” #MAGA

“Truly sad Shania! Just absolutely sad! I believed you to be a strong independent woman, I see I was wrong!”

I did notice that Shania was scheduled to tour the deep south in June. I am sure she will be canceling those shows as she can’t possibly perform for those deplorable rubes down in the south who support Trump. I know she would never compromise her morals just to make money from her concerts.

I’ll just say that for myself, Shania Twain “don’t impress me much”.

In closing I think Kanye West is correct that the left wants to keep everyone in mental slavery. Liberalism cannot survive where there is independent thinking. After all, if people can think for themselves why would they need liberals to tell them what to think and do?

But will he be just a lone voice in the wilderness or will others have the courage to speak up as well?

After Kanye’s tweet, @CharlesVPayne reported that he lost over 7 million followers:

So, it’s begun the effort by left to get @kanyewest to his Kunta Kinte moment. in last 24 hours he lost 7 million twitter followers and been raked over coals by those that lauded him on Monday

But instead of backing down, Kanye is doubling-down with more tweets and affirmation of his support for President Trump, including wearing a MAGA hat.

Obama was in office for eight years and nothing in Chicago changed.

Homelessness Across California: A State Of Emergency