A truth that so many choose to ignore. Thank you Mr. Patrick Henry for your voice of honesty, which is alive and well.

There is so much going on right now, I could write ten articles, and I know our President’s recent and great move to lead by example, in attacking Syria’s chemical weapons and ways to employ them, will dominate the news cycle this week as it should. This came at a time when Assad of Syria and Putin of Russia have ignored the U.N. and continue to not only gas Syria’s own people with chemical agents, clearly identified as weapons of mass destruction, but have developed new poison chlorine gassed warheads, and are working them in concert.

Other than to say to anyone who had any doubts before this, it should now be clear that our President is championing the innocent Syrian civilians by slapping Assad and Putin in the face with these well targeted bombings, this is not what this article will be about. Instead, I want to focus on our nation’s border and what leadership we are currently seeing from President Trump on this front.

On April 7, the President tweeted this statement: “We are sealing up our Southern Border. The people of our great country want safety and security. The Dems have been a disaster on this very important issue!”

At first read of course, you’re going to have the left coming unglued, not only because they truly hate President Donald Trump, and will never give him credit, even when it is due, but more so for the fact that he called them out by pointing a truthful finger directly in their face, with that statement. Do I think it is unifying? Not at all. Do I think he is correct with his statement? Yes I do. However, it would also be true to state that Republican legislators would also need the finger pointed in their faces as well, especially the leadership who tend not to actually fight for anything that their constituency or the Republican platform demand. If they did, the Republican trifecta would be a lot more productive than what they have shown sense the election. 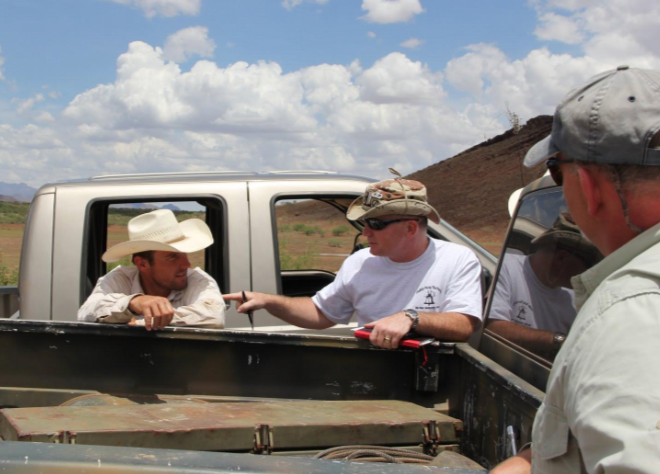 Going back to the above statement from the President, the border responses and policy really have been a disaster and quite frankly, outright embarrassing. Most people know that Mark Hager and I came up with the idea to literally drive every mile of the southern border and make a documentary, to show the truth about what is really happening on the border and what message those who actually live and work defending the border have for the American people.

Thankfully my last employer, the Tea Party Patriots graciously funded it and “Border States of America” became a reality (watch below).

While we drove the border, we saw some very idiotic solutions made by our last administration, which simply boggles the mind. Such as, after assessing and knowing where major drug trafficking and human sex trafficking avenues were, instead of putting up barriers to stop said traffic, our last administration put up signs on the U.S. side warning American citizens, that a head, this type of activity was taking place, and to beware; absolute insanity. Then, to add to this problem, in the name of mercy, emergency water stations were placed on the U.S. side of the border so that those who we know are drug trafficking, human sex trafficking, and illegally breaking our laws by invading our nation from over 75 different countries on the planet will not thirst.

These emergency water stations actually have instructions on them in English, Spanish, Mandarin Chinese, and Arabic. Hello! Something I am sure the general public doesn’t hear about. Yes, go ahead and shake your head on that one. That has got to be it though, right? Nope.

Then it becomes policy not to ask for citizenship papers, and in fact, to actually release them into our country after we catch them, because they then have been giving a court date, on a promise to appear for the citation; it sounds more like a sitcom than national security policy. Comedic writers couldn’t make this stuff up any better. Of course the illegal invaders are not going to appear in court. 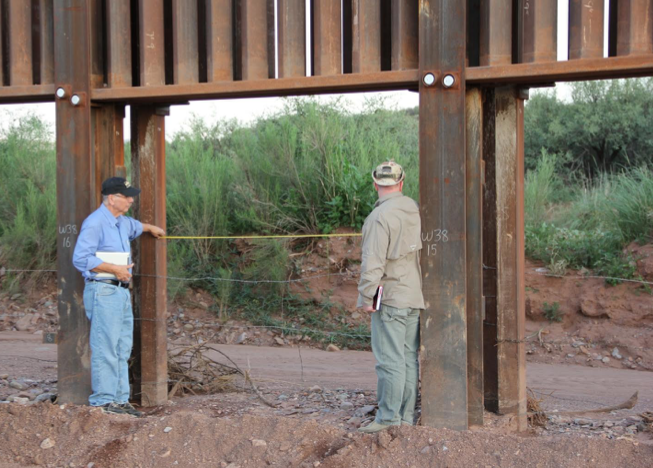 So now let’s pour salt on the wound. In one of these high traffic border areas where a barrier has actually been placed, it must of slowed down the drug cartel enough to make complaints on how this border fence was bad for the eco-system as during the flood season (yes, I said flood season in the desert of Arizona), that debris would build up on the fence and hurt the natural migration of wild animals.

So, our genius American legislation of the past, sent the EPA down to order huge garage doors to be put in the fence, which are left open three months out of the year, to protect the eco-system. The drug cartel and sex traffickers must have peed their pants laughing at us, as all they did was loaded up their trucks and drove straight through this rarely patrolled area, reeking-havoc on American ranchers’ properties, livelihoods, and family safety. There is more to this list, it goes on and on, but I need to get to my point.

On April 7, President Donald Trump signed an important memorandum to take the necessary steps to end the “Catch and Release” fiasco. He already stopped DACA, which never had any way to verify those who have been here since childhood. This left a moving window to continuously invite other “same age” illegals to keep crossing.

I salute President Trump’s efforts, and pray they continue as such. I will continue this topic next time focused on sanctuary cities and states, where I think I might surprise most of you out there, on my specific standings on that issue.

Please watch my film, The Border States of America here: