It gives me no pleasure to say this, but my home state of California is in crisis. Overpopulation and poor planning have choked our streets with more traffic than they can hope to bear, there is a growing resentment among people as the sentiment (right or wrong) spreads that the rich rule everything while the working class are kept down, and of course, crime is rampant. This last concern is a particularly serious issue, and it is one of the biggest worries on the minds of California voters today, though in many ways, it is a symptom of what else is wrong in our state.

One of the primary causes of crime in California right now is, ironically, our relaxed handling of drugs and addiction. This may seem strange, since by applying a gentler hand toward those who use and abuse drugs, and even legislating increasingly liberal policies tolerate that use and abuse, it would appear that we should have less crime by virtue of the fact that we’re legalizing things which used to be considered criminal. Instead, in failing to consider drug use to be a serious problem worthy of mandatory rehabilitation, we have left ourselves with a growing epidemic of drug addiction. Oh, it is barely a crime anymore; in fact, penalties for possession of many drugs are now so light that police do not even bother making arrests. However, those addicts are not leading healthy, productive lives, and in many cases, they are forced to turn to more serious crimes, which are now affecting our cities.

This issue is tied in with the matter of homelessness, which has now risen to become a genuine catastrophic crisis in California. All across the Golden 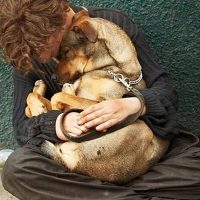 State, we are seeing the emergence of homeless “camps”, where people with nowhere else to go struggle to eke out a miserable existence in extremely deplorable, unhygienic contaminated conditions. It is hardly necessary for me to point out that drug addicts make up a substantial portion of the population of many of these unstable isolated neighborhoods. Furthermore, let me point out that the contaminants of human waste, infection, and tainted drugs are being washed down the streets and sewers of every city on its way down to our ocean.

Just recently, Orange County took a tougher approach to one of these camps; authorities were dispatched to clear out the people living in the camp, so that professional cleanup crews (protected by hazmat suits) could remove tons of garbage, over a thousand pounds of raw human sewage, and surprise, surprise thousands upon thousands of hypodermic needles.

Nevertheless, you may be wondering, what was done with the people who were living in the camp? Not much, there was nothing planned in advance that COULD be done with them. These homeless camps are a bona fide public health concern, yet “removing” those typically only amounts to moving people around. Without a real change in their circumstances, those inhabitants will eventually settle into other camps, and the conditions there will be no better than the ones they left. No wonder local governments in California are not as tough on them as Orange County was; why waste the money?

It is about time to treat these problems as the disasters they are, and respond accordingly. That means declaring a state of emergency over the crisis of homelessness in our state. As for solutions, there are many (homelessness is a problem with many causes), but tackling drug addiction is the best and most logical place to start given our current circumstances. Let us restore forced-treatment laws that required the intervention of mental health professionals for people found to be abusing drugs. Let us bring possession of hard drugs back to being a felony, so those who are not addicts yet will think twice about the road they want to travel in their lives. In short, let’s reverse the legislation signed and supported by Governor Jerry Brown, who has eroded California drug laws and helped give rise to the problems, we are now facing as a result.

This begins with the repeal of AB109 (lessons overcrowding in prisons and jails), Prop 57 (early parole of felons), and Prop 47 (reduction of criminal sentences), which has led to violent crimes, and has risen since the passing of AB109 and Prop 47. Many communities in Southern California have experienced an explosive increase in criminal activity, drug use including violent crimes associated with the abuse and selling of narcotics and other felony crimes. Now, you can get away with most drug crimes because of Proposition 47,  voters approved the landmark ballot measure in 2014, Proposition 47 has dramatically altered California’s criminal justice landscape.

The proposition, which downgraded drug possession and some theft crimes to misdemeanors, made good on its pledge to reduce prison and jail populations by thousands of inmates. Tens of thousands more people with felony convictions have been able to start reoffending, due in part to no consequences.  Moreover, without the threat of a felony conviction and a lengthy stint behind bars, fewer drug offenders are enrolling in court-ordered treatment. I believe with certainty that it would have been a better initiative to outsource building private prisons or jails.  But wait, there is a political caveat that we have missed that has contributed to this action as well. While California cuts its prison population and staff, it is increasing the amount of money it spends to operate its massive prison system, why? In the private sector, a decline in the number of customers and workers would mean lower overhead. But in state government or, at least, “this” state government the opposite is true. The higher costs are driven by escalating pay and benefit packages that are negotiated by unions that represent prison guards and other staff, but I digress (another story)

Under our current local governing system, politicians who are inherently partisan get to focus their entire administration into a bureaucracy, as their own publicly financed re-election campaign machine runs the gambit, and California’s public policy serves only their individual political needs like mailers, and fundraising events.

In my opinion, Southern California cities should be petitioning the Governor to declare a State of Emergency, petitioning the appropriate people to help with the massive undertaking that is putting residents and the homeless at risk of a major state disaster. The National Guard, they are trained specifically to handle these type of events, they are a great resource in disasters, and they do understand the gravity of housing, feeding, and safety of large masses of people that are in distress during a failed government inaction.

Orange County leaders need to step up. Everyone has a responsibility and needs to play a role, cities who don’t want to take a role in this are pushing it to cities who are dealing with this problem and they need action, not words.  The private sector leaders in the OC have begun working with the Salvation Army, United Way and the Churches to deal with people across the county to handle the demand. However, this is not enough; we do not need JUST temporary housing.

Enough is enough, we need to find out whom these people are, where they came from, what their specific needs are and give them guidance to attain these services. Subsequently, we then should provide temporary services to those who need them, whether they are families and need jobs, housing, food, and the necessities of life. The men and women that are Veterans, it is imperative that we need the same housing, food, jobs AND most important mental health services, because no veteran should “ever be left behind and what better way than to unite them with their brethren”. The other habitual homeless that fall into an addiction category should be referred to a mandatory rehabilitation program or jail, if they are repeat offenders.

We can get ourselves out of this mess and restore California to the beauty and prosperity of which it is capable; we just need to get serious about it.

Is Penn State Encouraging Kids to Be Snowflakes?