These days other than editing and publishing articles for PolitiChicks I don’t write much. It takes a lot to make me hit the keyboards but this morning I saw a headline so baffling and disjointed I had to vent. 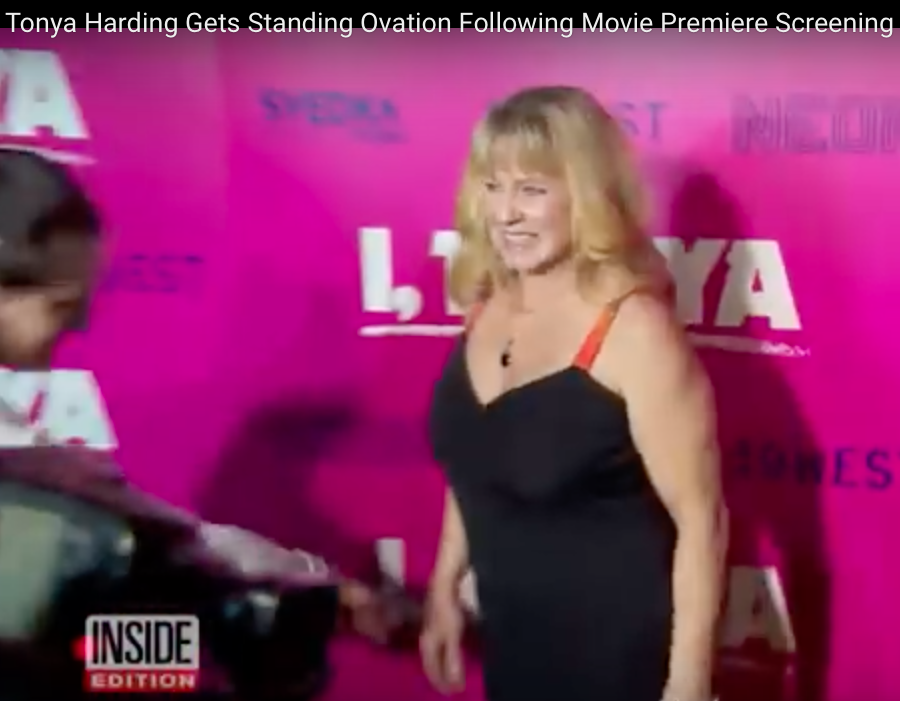 One of the new cast members for Dancing With the Stars is…Tonya Harding. Tonya Harding, the morbidly ambitious woman who was hugely responsible for having another woman’s leg clubbed, and the woman whose life was featured in an Oscar-nominated film about doing just that.

During awards season Harding got to get dressed up and ride in limos to all of the major awards show. She was interviewed and applauded everywhere she went.

While I realize everyone deserves second chances and all that jazz, I don’t recall seeing Nancy Kerrigan at any awards ceremonies for having survived Harding’s wrath, but I digress…

So what happened to the #MeToo movement? Aren’t women supposed to lift up the “victims” of the world, and cast out people who, say, bash in other women’s knees? What happened to Hollywood’s “women empowerment” kick? Remember just a few months ago when everyone was wearing black out of solidarity for women?

I’ll tell you what happened, and what will continue to happen regarding enacting “change” in Hollywood: nothing. Nada. Zilch.

There’s no such thing as solidarity and/or empowerment in Hollywood on any level and there never will be. The entire nature of the Hollywood Beast is to climb higher than anyone else, even if it means climbing up and over and under people to get there. 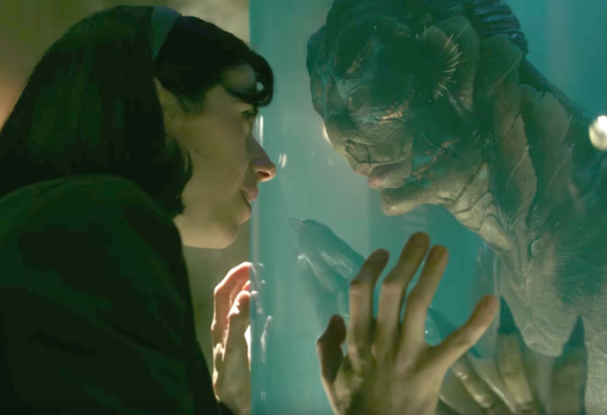 But if you want the most stunning example of Hollywood’s hypocrisy, look no further than the Oscar-winning film of 2017, The Shape of Water. At the same time women (and men) were hashtagging #MeToo everywhere, they were also giddy about this film which showcased Hollywood’s blatant disrespect toward women more than anything I’ve seen in years.

Lauded by critics and actors alike, The Shape of Water was as bad (or possibly worse) as anything Harvey Weinstein allegedly did to women.  At least Weinstein did his dirty deeds behind closed doors; The Shape of Water did it right in front of a gazillion people’s eyes in theaters worldwide.

Let’s set aside the “story” and discuss this in terms of actual human beings.

The opening scene features a woman (aka the lead actress) taking off all her clothes–ALL OF THEM–and getting into a bathtub. She then proceeds to pleasure herself, right there on the big screen for all to see. She does this several times throughout the movie.

I never really “got” why she was doing that, other than the obvious:

The award-winning director, Guillermo del Toro, a MAN, told her to do so.

He told his actress–a woman he hired–to take off all her clothes, and she did what she was told.

Then this MAN told this WOMAN to pleasure herself, repeatedly, and she did. Over and over, and who knows how many takes it took to get the final scenes.

Of course Hollywood justifies the continuous objectification and sexualization of women by claiming it is “art” and the women are “acting”.

We really need to let this sink in:

In movies, such as The Shape of Water, women are paid lots of money to strip bare-naked and have sex in front of their director, his crew, and later editors, and publicists, and eventually the entire planet.

Seriously, Hollywood, what’s the difference between what happens to women “behind the scenes” as opposed to what actually happens in your movies?

One has to wonder what the Shape of Water casting process was like, when Guillermo and his crew were trying to decide which woman they wanted to watch having sex with herself.  Did the potential actresses have to take off all their clothes? Were they asked to simulate having sex with themselves?  Was Guillermo wearing a bathrobe, or was he fully clothed? More importantly, will all of the rejected actresses start their own #MeToo movement against him?

Nah. Del Toro is currently too powerful and successful, but wait until he’s on the downslide in Hollywood, ala Weinstein…

And speaking of, the women who Weinstein begged to have sex with in his hotel room had the choice to walk out without having sex with him. From what I understand, Weinstein wasn’t accused of tying down and raping women, he was accused of begging them for sex in exchange for a potential part in his movies.

Why is it suddenly different when directors tell all of those #MeToo actresses to take their clothes off and have sex in an actual movie, for people like our grandmothers to watch?

The only real difference I can see is that actresses who take off all their clothes and have sex in movies are paid to do so; the ones on the casting couch (or Weinstein’s hotel room) only have the hope of getting money in exchange for sex, simulated or not.

If anyone in Hollywood actually believed what they are screeching about in wanting to empower women, The Shape of Water should have been protested by every actress in Hollywood. Instead, it was given almost every award possible.

After winning Best Director at the Oscars (for which he earned a standing ovation of course), Guillermo said, “I think that the greatest thing our art does and our industry does is to erase the lines in the sand. We should continue doing that when the world tells us to make them deeper.”

Yeah, Guillermo, you and your boys just keep “erasing those lines”…That’ll show the world how to empower the women you pay to get nude and have sex in movies…

Right about now, all of the letches of Hollywood are probably laughing their butts off, wearing their creepy bathrobes in their creepy hotel rooms…

Daniel Greenfield: The Betrayal of the Holocaust