I want to seriously discuss the roots of the evils that are causing the mass murders not just in and out of our schools, but our society as a whole.

First, however, I want to share with you, that I about fell off my chair when I read the writings of a 30+year college professor who, while trying to erroneously tie the NRA big money lobbying into not caring about human life, wrote that the NRA is the “anti-life gang”. My thought was, “What did I just read?” Truly this is so hypocritical coming from any progressive, as they have absolutely no right to make up such a bogus claim, when they champion the actual, no question, “anti-life gang”, who are the PRO-DEATH BIG MONEY LOBBYIST themselves, Planned Parenthood. Especially after their fraudulent claim that only 3% of what they do are abortions, which has long been debunked, and given 3 Pinocchios by the Washington Post, as misleading numbers.

With over 300,000 abortions every year, it means killing 1 human baby every 97 seconds, and then to claim the gun as the problem in mass homicides, and then pretending to champion the poor victims at the Florida school, is the exact same logic as saying, that we should champion the poor victims of abortion by focusing on the scalpel as the problem. Yeah, I know, stupid, right? So please step away from any “anti-life gang” malarkey.

Making the professor’s charge even worse is the fact that Planned Parenthood is given half a billion dollars in tax payer money every year to continue to kill these babies. Thank God that Iowa’s legislators, leading by their motto proudly waving on their state flag, “Our Liberties We Prize, and Our Rights We Maintain”, passed the Heart Beat Bill with no exceptions, but that is for another article.

The 18 school shootings that the anti-gun lobbyist and democrats keep manipulating as truth are in fact ¼ truth. Here’s why, in total, there were 18 incidents where a gun was fired on school property, but not the murderous rampages they would have you think. Of those 18, 2 were suicides, 9 didn’t involve any deaths or injuries at all, and 3 were accidental discharges, leaving only 3 being targeted shootings; all of which are very serious. My point is the absolute manipulation of the facts, taking a horrible incident and shamefully using it to gain political leverage to achieve their agenda, which is easily understood by the majority of Americans, and quite frankly needs to stop. I don’t care what side of the isle you’re on. 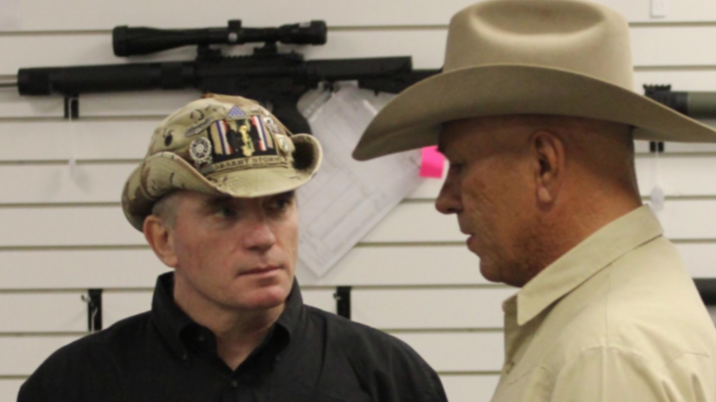 I researched CDC terrorist attacks taking place since 1900, and strangely enough, school shootings are not added in that category, which is beyond me. There were, however, 145 listed that had loss of life, to include the 1927 school bombing, which killed 44 people. Here is what we know about those 145 attacks. The “tool” used to kill were 69 bombs, 49 guns, and the rest were ropes, arsons, bioterrorism, vehicles, stabbings, and planes. The perpetrators were Hate groups made up of Communists, National Socialist, Racist Bias groups of all colors, Religious Ideologies. Hate and mentally effected individuals being the common denominator, we know that the “cause” of these incidences were not the tools used to kill, but the perpetrators behind them. Here is a list of what we know are the actual causes, and not the weapons of the senseless abortionist nor the weapons of these insane terrorist:

#2 Use of anti-psychotic medications

#3 Governmental gross negligence at every level

#5 Hate, divisions, and violence accepted and taught in higher education

#7 Racism, and privileged mindsets, which all colors are guilty of

#8 Societal Entertainment of violence in games, Hollywood, and music

#9 Breakdown of the nuclear family

On February 28, President Trump did an outstanding job by having an open and transparent meeting with legislators of not just one side of the isle, as past presidents have loved doing, instead, a round table with both Democrats and Republicans, along with the news media broadcasting live; a leadership example that hopefully all future presidents will emulate. By the end of the meeting we knew there were clear common denominators:

#1. Stronger background checks with focus on the loopholes in sales at gun shows

#2. Making sure that only those that are deemed with a likelihood to do harm unto others are banned, and not broadly the “mentally ill”.

#3. More focus in schools for the mentally anguished from bullying, and the atmosphere of hate, divisions, and violence

#5. Hardening school targets by training and arming school employees, who feel comfortable in doing so

So here is a list of 9 causes and a list of 5 solutions to start with on this issue, which needs to be focused on, and not the bomb, blade, gun, or scalpel being used.

I feel that President Trump is wrong in pushing the age to buy guns to 21. At 18, our children become adults and move out on their own, vote for elected officials, die for our country, and marry and start families. Therefore, 18 is the age we accept this transition into adulthood and not infringe upon their God given rights as adults. Either we stand up and defend the Constitution to its fullest, or roll out the red carpet for fundamentally changing the foundation of our Nation into a Socialist Marxist society. I, for one, am fighting for the former.

So I called my representatives, and senators, now that there is HR 5087 a Ban Assault Weapons bill, very misleading and wrong. There is no such thing as an assault weapon, it’s a made up term, not used by our military. This bill outlaws every semi-automatic weapon, rifles, shotguns, handguns, all of it. We cannot wait on this, they are pushing it through before society gets any wiser on what is actually happening. Take this call to action seriously, Help save our Republic and Get engaged.

The 5 Step Call To Action:

#Oscars2018: The Height of Hollywood Hypocrisy