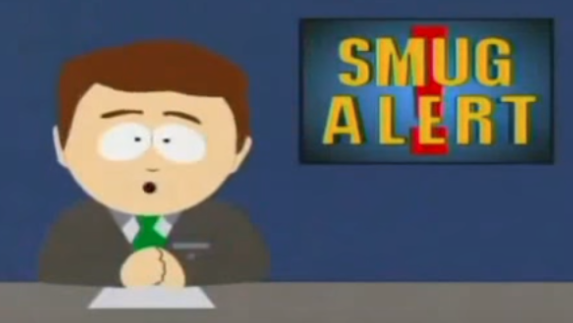 The early numbers are out and it’s bad news again for Hollywood – last night’s Oscars could be the lowest in Oscar history.

Is anyone really surprised by that? In a show that lasted more than 3 hours, Hollywood turned the Oscars into a public service announcement or special program for CNN, and in turn attacked and insulted more than half of the American public and beyond.

What happened to the Oscars that once celebrated the art of film, the performances and talent of those who made these movies? In a time when we have a 24 hour news cycle and politics is as divisive as ever, America can’t even turn to movies, like it used to do, for an “escape” from the troubles of the world.

Instead we are subjected to some of the wealthiest and out of touch people in society, preaching to us about things like “inclusion”, “diversity”, “tolerance”, all while proving they are anything but what they preach. Inclusion and tolerance only applies to the views and people who fit into what they deem as “acceptable”. There is no tolerance for disagreement, or an opposing point of view. There is no inclusion for those who disagree, and diversity is seemingly only about the color of ones skin, not diversity of thought or opinions. How does Hollywood get away with this? They demonize any opposing view as being racist, sexist, homophobic, or hateful.

Even looking beyond the speeches, this year’s selection of nominated films followed the same theme. In the past, the biggest complaint about the Oscars was that many of the films were not seen by a majority of the general public. Now, we find that most of the nominated films had a political agenda. They are nominated to increase diversity, their topics are controversial, centered on issues of gender, sexual orientation, and race. Even “Best Animated Feature” became political with the win of Disney’s Coco, which became a speech about Mexico, immigration and the border wall.

This isn’t the first time Hollywood has seen ratings drop. For the past few years, award shows like the Oscars are quickly declining in ratings. Box Office itself has been declining in recent years, a trend that started before the Hollywood meltdown over Trump. The way people watch entertainment is changing, and with so many options, why would people continue to tune into movies and other such entertainment that is centered around a political agenda and promoting “Hollywood values”?

Hollywood is literally cutting off it’s nose to spite it’s face. They are so entrenched in their ideology, that there is no room for difference of opinion or diversity of thought, although they think the exact opposite of themselves. Anyone who disagrees is demonized, and that includes those who make their careers possible. It’s okay for them to get up on the Oscar stage and preach to you, because you need their salvation, and there is no way you will turn them off because entertainment is a “necessity” nowadays. Or is it? If these numbers continue on their rapid decline, Hollywood is in trouble and the implosion of their industry will come from within. In an Oscar show where they thanked “the movie-going public”, seemingly acknowledging that they careers depend on that public, they turned around and insulted these same people, and saw nothing wrong with it. They just don’t get it.

The public is sending Hollywood a very strong message, a public that Hollywood depends on for their world to exist. Hollywood better wise up and get back to what made Hollywood what is is – entertaining America, all of America.

Which Organization SAVES More Lives: Planned Parenthood or the NRA?