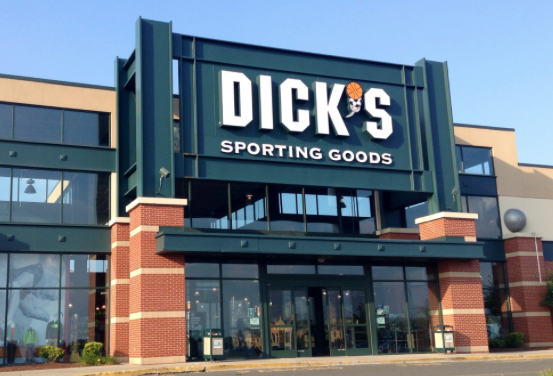 Your press statement of February 28, 2018, clearly suggests that you have no comprehension of the reasons for or the remedies for school shootings or other mass shootings in the vein of Las Vegas, Parkwood, Sandy Hook, or Columbine, among others. Allow me to take your letter bit-by-bit and explain the facts so that the public has a clearer picture of just what is really driving a poorly thought out policy that will eventually come back to haunt you and the stockholders of Dick’s Sporting Goods/Field and Stream Stores.

There is not a sane person in this country that does not abhor any sort of violence against children or other innocents regardless of how that violence is carried out and what tool is used to inflict that harm.

There are few citizens who do not offer their thoughts and prayers and believe that those alone are enough. It is what the next step is that separates the hysteria from the sensible, and the useful from the destructive.

Like every other tool, a firearm can be used for a multitude of valid, peaceful, and legal uses that aid many thousands of citizens in efforts to defend themselves, participate in sports and enjoy the outdoors. Many are your customers.

You say that you support the 2nd Amendment along with a “vast majority of gun owners in this country [who] are responsible, law-abiding citizens.” These citizens have every right to own and use – for lawful purposes – any and all currently legal firearms. But your new policies and statements encourage other dealers to arbitrarily punish a class of innocent citizens by denying them a highly useful tool to protect their families among other valid uses.   Yes, they can (and I hope they do) take their business elsewhere and continue to patronize dealers who conduct their business legally and respect the rights of their customers…for now, anyway.

So, you respect the 2nd Amendment but “we have to help solve the problem in front of us.” Well, let me suggest some far better means to solving the problem:

I have not even begun to cover all the points that could be made rationally, but I hope you will do a bit more objective research without succumbing to the trap of falling for much of what passes for fact with those whose real aim is not to prevent mass shootings, but to completely disarm the American people for their own selfish, misguided reasons. Government is not the answer to these issues.

Our country, for the most part, has abandoned any sort of principled morality, belief that anything greater than humans exists. They want humans to decide what is right or wrong on their own, and any sort of personal responsibility is un-needed. Our families have been decimated by easy divorce, fatherless upbringings that do not teach children what it means to respect each other and provide for their children. Violent games and media presentations continue to desensitize our children from death and killing. Little can be done to address these shootings until our country comes to a reckoning about how terribly we have been at raising responsible children.

It is my sincere belief that cooler heads will prevail and much of what you are espousing to prevent these shootings will not be institutionalized. Instead, volunteer or paid, armed security, and some of the security measures described above are common-sense, fact-based measures that could truly make a difference. I hope for the sake of your shareholders that you re-think your policy. It is only going to hurt those who put you in a position of trust over their well-being. Good luck with that.