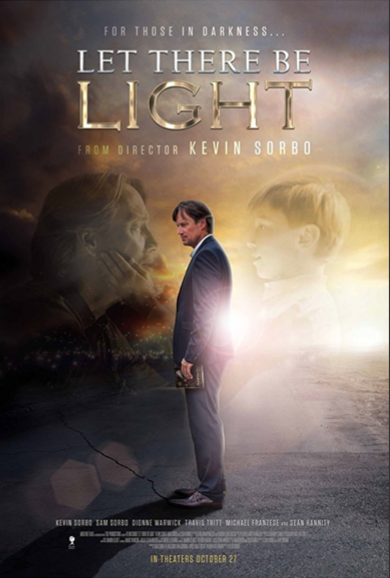 Last year a brilliant Christian film was released, Let There Be Light, that unfortunately did not hit all the theaters that it should have. Some like this writer had to make 30 mile trip to see it, however the travel was well worth it. Now it is available on DVD and readers are urged to get a copy with a guarantee you will have a most uplifting experience.

This film is one of redemption, produced and directed by Kevin Sorbo who also stars. No surprise that Kevin would be associated with a Christian ground breaker as he starred in What If and God’s Not Dead. The film is brilliantly written by Sam Sorbo and Dan Gordon. We are not surprised as this writer has had the pleasure of reviewing two of Sam’s books and now she proves in the film to also be a top grade Academy Award level actress. If this were a film Hollywood would have accepted there would have been many Golden Globe and Academy nominations and as it is it has won many awards at Faith and Film competitions. It must be added that very key to the film is executive producer Sean Hannity who has an important role in the film and his promotion of it when it came out.

During the opening credits there are video scenes from the news of rioting and division in America. Much of it is Anti God though some can be linked to Anti Trump movements.

Kevin Sorbo’s role is one of a confirmed atheist, Dr. Sol Hawkins who is making a fortune with a book and lecture series titled Aborting God. Hawkins now a heavy drinking play boy is divorced from his Christian wife Katy (Sam Sorbo) and has rocked the nation with his anti God rhetoric. Then he is rocked by a serious auto accident due to drinking and his life takes a dramatic change. He goes through what some label as an after death experience and sees a son who has died and is in Heaven. The death of this child is what led to him hating and disbelieving in God. He is given a mission that will take a while to sink in.

There is a very realistic analysis of what happened to Hawkins and why. He is talked with by colleagues who do not agree with his experience, however one of the most outstanding discussions we have ever seen in a Christian film is an encounter with a pastor who discusses Christianity and the meaning of Jesus Christ coming to Earth with great depth. Michael Franzese as Pastor Vinny gives a talk that should be shown to believers and non believers alike. Also very strong is the influence of former wife Katy who helps him withstand the criticism he receives. 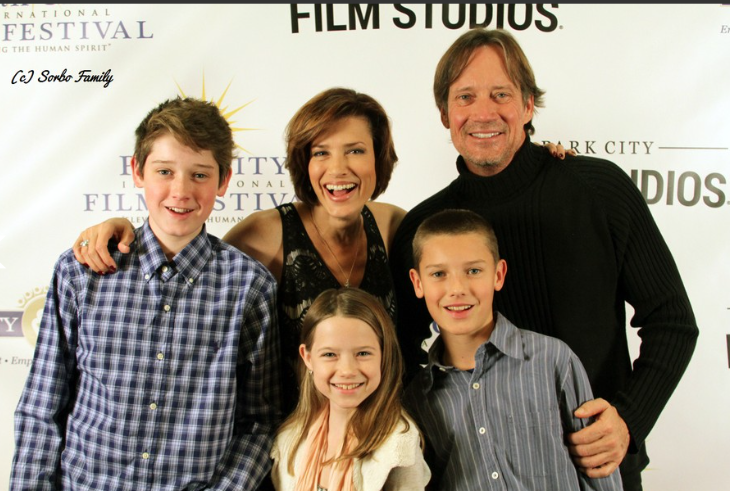 They are reunited in love and remarriage which Pastor Vinny presides over. The pastor baptizes Sol Hawkins which is something seldom shown in films. Also very important are Kevin and Sam’s two sons Braeden and Shane who take the roles of the Hawkins sons Gus and Conner. Two stars in the making.

Very key to the climax of the film is that this change in Sol Hawkins catches the interest of Sean Hannity who interviews Sol and Katy on his TV show. An idea by Katy takes root for Pastor Vinny has told them about Jesus being the light of the world. Her idea is to use the technology of cell phones to shine light all over the world by Christians to show the influence Jesus has had on the world. Hannity promotes this in a special broadcast and the results are amazing.

There is so much more that could be said about this film and it is one that should be in every home library, shown in every church and Bible Study and on TV to reach the millions who did not have the opportunity to see it in theaters. You may purchase this from Amazon, Barnes and Noble and see on any number of places on the net.

One thing that must be mentioned that many may miss. There is a scene where you see in the background a poster from the Hercules TV series, a role Keven Sorbo had that was a popular hit. In an interview this writer had with Kevin several years ago we learned that he has always wanted to have messages in his work and there were Hercules episodes that reached out regarding morals and ethics. Of course the series has a special meaning for the Sorbos as this is where Kevin first met his future wife Sam.

Please make an effort to get this film if you have not already. It will make you laugh, cry and believe.

Daniel Greenfield: We're From the International Community and We're Here to Help

Anni Cyrus: A Day in the Life of a Child Bride