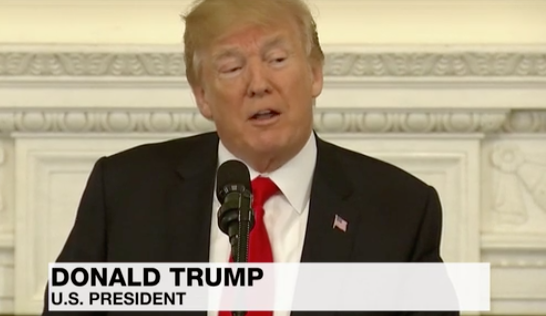 As I write this, I am watching the President’s meeting in the White House regarding “gun safety” and “mass shootings.”

He began the meeting suggesting that it was “bi-partisan” and that there was no reason something could not come out of it. It was clear that he was not necessarily looking at a strong 2nd Amendment stance moving forward.

The second person to speak to the President at the meeting was Senator Dianne Feinstein who made it a point to offer that she was provided with a firearm and training in its use in the wake of threats she received as far back as the 1970s. Following that little introduction, she immediately launched into her “recommendation” that the “Assault Weapons Ban” that she supports be implemented. She handed the President a list on a piece of paper that she explained was showing the statistics supporting the “fact” that the 1990s ban under President Clinton caused a significant reduction in mass shootings and ‘gun violence.’ What was on the piece of paper was not shown or made clear, but FBI Uniform Crime Reports and other documents readily available demonstrate that the previous ban on such firearms did little that could be shown to connect it to any reduction in the use of such weapons in criminal activity. In addition, Feinstein claimed that following the expiration of the ban, that statistics showed a rise in gun violence as well. Neither are borne out by official numbers from valid sources. The lengths the left will go to in making their points is diabolical to say the least.

The next things that was brought up was the improvements to the NICS system. WV’s illustrious Senator Joe Manchin is again touting his Manchin-Toomey NICS bill that was shot down in the Senate several years ago.

One of the most glaring concerns I have for that bill is the fact that it stomps all over states’ rights. It extends the federal reach into firearms transaction that take place within a single state between private parties if their connection is made over a commercial website such as Armslist.com (as an example I am offering rather than anything mentioned in the bill). One more step in this incremental erosion of individual rights can be predicted…adding transactions between family members to the list of those that must be conducted through a dealer so that the record check can be completed. At that point, all that is left is registration, licensing, and eventual confiscation once they know where the guns are located.

Even more unfortunate is the fact that the President appeared to be supportive of these approach to the idea of improving the NICS system and “closing loopholes” that often exist only in the minds of those who would eventually aspire to revoke the Second Amendment.

The two best examples are the so-called gun-show loophole and the internet loophole. The gun-show loophole suggests that there are gun shows operating without an FFL dealer available to process sales from exhibiting dealer. At the White House meeting it was claimed that as many as a third of dealers do not have Federal Dealer Licenses but process sales of firearms at the show without using the NICS system. This is hardly true. You are only permitted to sell a very small number of firearms before you’re required to be licenses. Gun shows are managed by professional trade show management firms that would be facing horrible liability if anyone purchased a firearm and used it in a crime or mass shooting without undergoing NICS clearance. Every show that I have ever attended – and that is a considerable number – do not even allow an exhibitor to have a table unless they process their sales through the show’s FFL license to protect the exhibitor and the show from liabilities later. In cases where a dealer at the show has an FFL they would be able to do their own processing, but it would still get confirmed through the show before the firearm left the building. If a show has an FFL, they would be violating their rules of operation to allow anyone within their show to violate these rules.

The so-called Internet loophole is another strange fable that cannot seem to die. I have done extensive searching of the worldwide web in search of a gun sales site that does not require delivery of the firearm to a licensed dealer. Websites like Armslist.com only offer a place where buyers, sellers and dealers can advertise for buyers or find firearms for sale. They do not process transactions of any kind. In many cases sellers will specify that they will not sell across state lines without a dealer involved so that the federal law can be followed. Some choose not to sell outside their own state as a means of avoiding the expense and hassle of going through a dealer. These are private sales between buyer and seller within one state. They do not involve the website in the sale itself. This situation has always been considered outside the purview of federal authorities since the transaction is not Interstate in nature. Suggesting because someone advertises for a buyer on a website has anything to do with the actual transaction which is typically conducted, in person, in the same state is bogus. The sale is not subject, nor should It be subject, to federal law.

The most disturbing aspect of this White House meeting was the level of antagonism and ridicule leveled against the National Rifle Association. Even President Trump made some slightly sarcastic comments about whether they would go along with some of the suggestions even while claiming that he strongly supports the individual right to bear arms. You cannot have it both ways, Mr. President. Don’t try spinning it. Supporting a requirement to go through a dealer in the case of private intrastate sales flies in the face of our Constitution’s limitations on the federal powers as well as states’ rights to manage things that are completely within its boundaries.

The phrase “do something” and “take action” to prevent mass shootings was frequently heard and only redeemed by the statements made that support hardening of schools and the elimination of all “gun-free” zones. “Doing something” and “taking action” should only be done when the thought process is both rational and objective. Given some of the suggestions coming out of that room, rationality has gone out the window early. We can only wait with some trepidation over what comes out of this little confab. It is not terribly hopeful at this point.