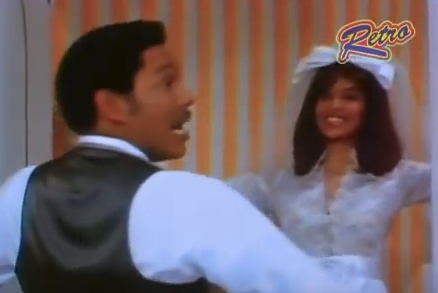 We’ve heard a lot over the last several months about male sexual aggression towards women. But the reverse can also be true. And I was listening to an oldies station earlier this week it suddenly dawned on me that during my youth there were a lot of songs with women as the aggressor/pursuer. Below are some examples of poor/helpless men (minding their own business of course) being victimized by worldly women. It’s a sad, sad tale (and sometimes BIZZARE too!). #MeTooOldies.

“I remember when Mary Lou said you wanna walk me home from school well I said ‘Yes I do’.

She said I don’t have to go right home and I would kinda like to be alone some if you would, I said meeeee too!. And so we took a stroll wound up down by swimming hole and she said “Do want you wanna do”.

Oh my my my! Me thinks “Mary Lou” was just a slight bit “overzealous” shall we say. And if that wasn’t bad enough, she pursued him AGAIN weeks later:

“Do you remember when and would you like to get together again. She said I’ll see you after school”.

I bet that boy had a difficult time making good grades that semester. Although he probably did well in biology. I’m talking about studying frogs of course (since he did present her one as a present!).

“I gave a girl a ride in my wagon. She crawled in and TOOK CONTROL.”

“Like a princess she was laying there, moonlight dancing off her hair. She woke up and took my by the hand…she’s gonna love me in my Chevy Van…”

Poor guy. He was probably traumatized for life. On the plus side, I imagine car sales for Chevy wagons did real well after this song came out. #MeTooChevyVan

Midnight at the Oasis – Maria Muldaur:

“Midnight at the oasis, send your camel to bed”

Good advice. The last thing you want ruining a romantic moment is a wandering camel.

I have to ask: wouldn’t dust flying around work AGAINST the romantic goal of the singer? Just saying….

“Cactus is our friend”

“You won’t need no harem honey when I’m by your side”.

OK, that I think I understand. To tell you the truth this song is full of so many euphemisms I am still trying to figure them all out 40+ years later!

“Tell me something good” – Rufus and Chaka Khan

“You ain’t got no kind of feeling inside

Got no time is what you’re known to say

The problem is you ain’t been loved like you should

What I got to give will sure ’nuff do you good”

And then you have what sounds like several men hyperventilating. I can’t imagine why.

Captain and Tenille – “The way I want to touch you”, “You never done it like that”, “Do that to me one more time”

This duo had some of the most sexually suggestive lyrics but no one cared because they were MARRIED. It was kind of like Song of Solomon as a musical.

“A woman in love” – Barbara Streisand:

I am a woman in love

And I do anything

To get you into my world

And hold you within

It’s a right I defend

Over and over again

Here we have a romantic kidnapping and hostage situation. Oh, and it’s a RIGHT. And this from Barbara Streisand no less! So much for love being soft as an easy chair.

“You ain’t seen nothing yet” – Bachman Turner Overdrive (BTO):

Oooh, oooh she looked at me with big brown eyes

You ain’t seen nothin’ yet

Here’s something that you never gonna forget

And I’m sure he never did forget it neither. It was probably one of them American women that Burton Cummings tried to warn him about but Randy Bachman just didn’t listen!

Btw when this song first came out I thought the poor guy had a stuttering problem! Of course I had trouble talking (or even remembering my name) when I met Lynda Carter several years ago so I understand where he’s coming from.

Olivia Newton John – “Let me be there”, “You’re the one that I want”, “Physical”

“Let me take you to that wonderland only two can share”

“If you filled with affection you’re too shy to convey, meditate in my direction…feel your way”.

“There’s nothing left to talk about. Unless it’s horizontally”.

Not much nuisance there. Even today I am amazed at the lyrics to “Physical” and wondering why Olivia Newton-John (or more likely her management) threw her image under the bus for that song. It wasn’t necessary. And the song wasn’t that good.

Call me (call me) on the line

Call me, call me any, anytime

Call me (call me) my love

You can call me any day or night

Color me your color, baby

Color me your car

Color me your color, darling

I know who you are

Come up off your color chart

I know where you’re comin’ from

What??? And what in the world is a “color chart”? Was Blondie listening to “Midnight at the Oasis” when she wrote that??

Or perhaps she was listening to the soundtrack of Mary Poppins…

But apparently the passive-aggressive approach didn’t work, forcing her to take further measures to get her man:

“One way or another” – Blondie

“One way or another, I’m gonna find ya’

One way or another, I’m gonna win ya’

One way or another, I’m gonna see ya’

One day maybe next week, I’m gonna meet ya’

That’s actually kinda creepy. Then she follows him downtown (where all the lights are bright!) and to the supermarket – where she talks about buying RAT FOOD! And no, I am not making that up.

Oh, and Blondie also gave us rap music. Gee, thanks so much!

And last but not least – and so we end on a lighter note – we have the saga of Marilyn McCoo’s pursuit of Billy Davis Jr. for his hand in marriage:

Bill I love you so

I look at you and see

the passion eyes of May

Oh but am I ever gonna see

Oh I was on your side Bill

when you were losin’

There’s been no foolin’

but kisses and love won’t carry me

till you marry me Bill

The moral of this story: If you’re Billy Davis Jr. and you’re being pursued by Marilyn McCoo, JUST SURRENDER ALREADY! Maybe take a hot air balloon ride. Actually in real life he did and they’ve been married for over 40 years. So at least in THIS case it worked out well.

Next time we’ll explore oldies that would be politically incorrect today. Hint: there’s a LOT!

Daniel Greenfield: The Dossier Gang That Didn't Know Anything