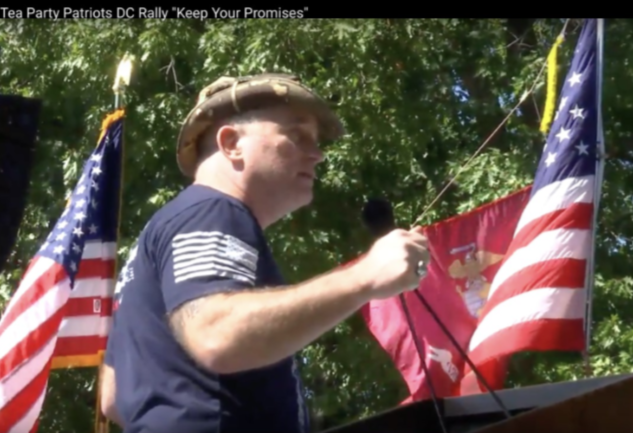 Our 2nd Amendment continues to be either ignored or manipulated into cheap talking points designed to push the agenda of eliminating our right to bear arms as citizens. Or in the very least, as a way to over regulate our 2nd and to continue to erode the authority of We The People.

So let’s break down the entire Amendment, piece by piece.

“A well regulated militia, being necessary to the security of a free state, the right of the people to keep and bear arms, shall not be infringed.”

Both of these statements are clearly stating the obvious: that a “free state” should, within the state’s government, have a well regulated militia.

Why is that? Because at that time, the people just fought a revolution to free itself from tyranny orchestrated by King George that stops the over regulation of all things to include gun ownership. In Boston, like many colony areas the King made sure that no gun powder or loaded arms will be stored in the homes of the people. This practice and idea was thwarted by the creation of the 2nd Amendment, maintaining that never again will a King’s government, nor any government “over” regulate to prevent “the people” from owning and bearing arms where and how they saw the need to do so. And that these people, if they ever saw their state being in need of defense against tyranny, could very well do so. If they formed a militia while doing so, then the first part of the 2nd amendment only suggests the necessity of it should be well disciplined or regulated.

At this time in history regulated was not a term used for laws, but what it really is, a verb. An action word that means to maintain the rate or speed so that it operates properly. Note it is not the definition of a system of rules that are created through governmental institutions, or a law. And militia? Is a noun that describes a military force that is raised from the civil population.

So the need our founders experienced and acknowledged by the words of the 2nd Amendment is that when enemies or governments get so corrupt and or tyrannical in nature and purposely forcing hardships on the people, that the people have the right to defend against such totalitarian actions. The minds of any educated person, as our founders were, would have known that you would need to form a force equal to or greater than that tyrannical force to defeat it. The first part of the 2nd amendment sentence is the subject of a militia, and the purpose of said militia.

The second comma in the amendment and why it separates the former from “the people”.

The second part of the 2nd Amendment sentence has the subject of the rights of the individual American Citizen to bear arms, and the command to the government that that right of the people shall not be violated, breached, or infringed. We forget that the Constitution was written to tell the government what it cannot do to the people, not the other way around.

It is clear that the second half of the 2nd Amendment being the absolute Right of the people to keep and bear arms and the government has no authority to overstep that right of the people to defend themselves individually and if they chose to do the smart thing and create a militia while doing it, they will have greater chance of being successful.

One last way to communicate it is that the framers of the Constitution acknowledged the fact that people need to be able to own and keep their own arms always to stay disciplined enough so when the time comes, if necessary, could quickly form a fighting force to defend itself from anyone outside of the state trying to invade or take away their rights, to include another King George or tyrannical government.

In my recent article on the current issue of mass killings and terrorists, I offered proof that “guns” are not the problem. Unfortunately between my last article and this one we saw another mass murder take place on 6 separate attacks. Bombs, not guns, were the weapon of choice, this time in Texas before the perpetrator was caught and blew himself up with his 7th bomb.  Bombs were the “tool of choice” by this coward and evil individual. Just like the mindset of this evil young man in Texas, it was the same as the evil young coward in Florida, and exactly the same evil as the sadistic Bill Ayers and Bernardine Dohrn of the Chicago area in the 60’s and the list goes on and on.

Hate is the common denominator, and they believe that the murdering of innocent lives is some kind of justice in their twisted ideologies. This is where our focus needs to be, not on bombs, guns, ropes, knives, hatchets, cars, planes, scalpels etc.

We need to be asking the questions: What are the triggers that ignite these actions? What are the causes of the creation of these triggers? And what in our society aides in the development of such hate?

It really doesn’t take a rocket scientist to declare it did not help our nation by pulling prayer from our classrooms and public squares, which actions in itself caused the demonizing of Christianity. Or teaching less American History and civic classes within our education system which in turn erases our patriotism.

Accepting the breakdown of the nuclear family and embracing violence, sexual promiscuity and drug use in our movies, games, and entertainment. Yes these play a huge role in the mass murders. Don’t allow our government to continue to use these tragic events to take away the rights of We The People of this Republic. Don’t allow them to make us into a socialist democracy.

What Did the Founding Fathers Intend When They Wrote the Second Amendment?

Campus Cops Crack Down on Questions About Islam