Trump’s election victory was the Reichstag fire of internet censorship. The fury and conspiracy theories that followed were not just about bringing down President Trump, but ending free speech online. 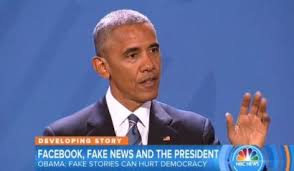 It’s no coincidence that the central conspiracy theory surrounding the 2016 election involves free speech or that the solution is internet censorship. The claim that Russian trolls and bots rigged the election has zero actual evidence behind it. But it’s a convenient tool for not only delegitimizing Trump, but the very idea of a free and open internet where anyone can say anything they choose.

Senator Ben Cardin, Rep. Jerry Nadler and other members of Congress compared the election influence conspiracy to Pearl Harbor. Rep. Jim Himes went even further, suggesting that it had eclipsed 9/11 by claiming that it, “is up there with Pearl Harbor in terms of its seriousness as a challenge to this country.”

What they’re really saying is that Democrats losing an election is worse than the murder of 3,000 people. It’s why they will oppose a terror state travel ban until Islamic terrorists start voting Republican.

And what did this greatest attack since Pearl Harbor consist of? Speech. On the internet.

The central Russiagate conspiracy theory isn’t really about hacking: it’s about fake news sites and bots. The new Pearl Harbor comes from too many people saying the wrong things and the need to make them stop saying them. If they go on saying those things, it’s worse than the murder of 3,000 people.

If this was the new Pearl Harbor, does that mean we should be at war with Russia?

Democrats have little appetite for military conflict with anyone except Nevada ranchers. Trump has put more Russian fighters into the ground in one day of fighting than Obama did in eight years in office. When it comes to Moscow, the Democrats want to slap on some meaningless sanctions, before pushing the Reset Button once they get into the White House. It’s not Russia they want to crack down on, it’s us.

The accusations of treason and the cries of wartime emergency are pretexts for a domestic crackdown.

The election Reichstag fire manufactured a crisis that had to be urgently addressed. Alarmist wartime rhetoric justified civil rights violations from eavesdropping on Trump officials to internet censorship. The “collusion” effort to impeach Trump and imprison his associates through everything from eavesdropping to the Mueller investigation has been the loudest part of the campaign. Internet censorship has been the shadow campaign. Its implications aren’t as obvious, but extend far beyond this election.

The bulk of the remedies (beyond going back to paper ballots which are a lot easier for local lefty activists to stuff) involve internet censorship. The campaign began with alarmists warnings about Fake News. President Trump successfully seized the phrase and turned it against CNN, but the program to purge conservative material from Facebook, Google, and other services and sites is still going strong.

Before the election, Obama had urged, “We are going to have to rebuild within this wild-wild-west-of-information flow some sort of curating function.” The talking point that the internet has become a dangerously unregulated environment is at the heart of the internet censorship campaign. The First Amendment prevented direct government action, so the regulation had to take another form.

The “curating” was managed by pressuring Facebook, Google and others to embed a middle layer of lefty non-profits, from media fact checkers to activist groups like the Southern Poverty Law Center, to determine what belonged and who didn’t belong on their services. The middle curation layer would promote “trustworthiness” and curtail “divisiveness”: Orwellian euphemisms for political censorship.

This middle layer allowed Google and Facebook to outsource censorship by curation to “trustworthy” organizations. Or at least those organizations considered trustworthy by the left. The same media echo chamber which had manufactured the speech crisis had put itself in charge of imposing the solution.

And the solution was restoring a media monopoly by turning the internet into a gated community.

Putting the left in charge of determining the “trustworthiness” of content is political censorship. And Google and Facebook’s control over huge swathes of the internet meant that the censors would gain control over the eyeballs of more people than any single government could possibly manage.

Without the banner of “Fake News”, the censorship is harder to track. Some of it gets reported. And much of the rest is anecdotal. It’s the shadowbannings, demonetizations and suspensions that have become part of life for vocal conservatives as part of the political repression after the 2016 election.

Some of the results were obvious. Others were algorithmic. Visits, hits, views and retweets dropped. Some users and sites were banned. Others vanished into the shadowban twilight. The many grades of censorship ranged from full bans to demonitzation. But all shared a common leftist political agenda. 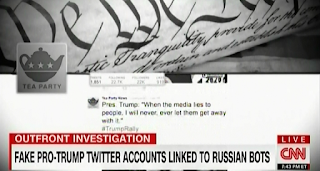 After a year, the left has made significant inroads in banning and restricting conservatives. Some battles were temporarily won. Facebook is pulling back from its reliance on the left’s “fact check” sites, Google’s knowledge panels no longer roll Snopes smears into search results for conservative sites and Guidestar’s defacing of the non-profit listings for conservative sites with Southern Poverty Law Center ratings was also rolled back. But the left is still winning the censorship war as the internet is reshaped away from an open marketplace of ideas to a “trustworthy” source of ideas “curated” by non-profit lefty partners.

Political censorship, no matter how it’s disguised, might be hard to justify if there weren’t a “serious threat to our democracy” or if we weren’t facing the “worst attack on America” since Pearl Harbor.

In wartime only selfish people would insist on unrestricted freedom of speech on the internet.

In December, the activist left went to war for what it called, “Net Neutrality”. The war was fought with fake comments, death threats and calls to action by some of the biggest monopolies on the internet.

If you believed them, freedom on the internet was about to be wiped out by cable companies.

There are a handful of big companies that provide cable or satellite internet access in the United States. But there’s nothing like Google, which controls 88% of search and 42% of the digital ad market, or Facebook, which has a comparable grip on social media. Between them they control 70% of the digital ad market. No cable company enjoys an internet monopoly remotely comparable to that of Google.

Should we be more worried about a cable company with 20 million subscribers or online monopolies which act as the gatekeepers to the internet, shaping how we experience it for their own reasons?

The new internet censorship has emerged as a partnership between the media, allied non-profit groups and the huge gatekeeper monopolies and it bypasses conventional government censorship. And yet its origins lie with the Reichstag fire conspiracy deployed by Barack Obama and his intended successor.

The new censorship may not be implemented by government, but it originated with government. It is the action of the private arm of a public-private leftist coalition monopolizing political power. The same coalition that unleashed a new Watergate by eavesdropping on Trump officials is also changing what you see on Facebook. And both the public and private arms are doing it under the same pretext.

The accusations of treason and calls to limit freedom of speech as an act of social responsibility for the public good are familiar totalitarian responses to wartime conditions. The left manufactured a war. And it imposed wartime restrictions through public organizations like the FBI and private ones like Facebook.

The private side of the campaign is based on the talking point that the big monopolies have a social responsibility to emphasize trustworthy information and to censor divisive misinformation.

The pressure came first from the media and activist groups. Now it’s spreading to politicized companies like Unilever whose chief marketing officer issued an ultimatum warning sites that if they don’t clean up “divisive” content and replace it with a “positive contribution to society”, they will lose Unilever’s ads.

Euphemisms like “trustworthy” or “divisive” are markers for the left and the right. A Washington Post editorial or CNN tweet, no matter how abrasive, will never be seen as divisive. Lefty organizations that advocate for illegal aliens are making a “positive contribution” and conservatives ones that oppose them are “divisive”. The ability to determine what is “positive” or “divisive”, will not only drive viewers and money to left-wing sites while destroying conservative sites, but create red lines for conservative sites.

Those conservative sites that remain within the red lines on gun control, illegal aliens or Islamic terrorism can go on benefiting from search and social media traffic, those that don’t will be purged.

Dividing Americans by escalating the political conflict also escalates the crisis that justifies the censorship. The NFL protests, Antifa violence, shootings and riots all maintain the sense of urgency. As society explodes, the need to limit the “divisive” content increases. Once again, the left creates a crisis and then imposes restrictions on its political opponents to resolve the crisis that it created. 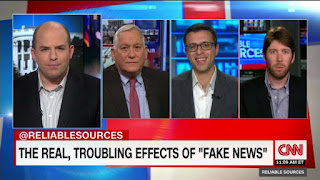 The left exploited Trump’s victory to manufacture a sense of crisis. The anger and fear it unleashed stampeded liberals into agitating (or at least remaining silent) on serious abuses of power from deploying national security organizations against political opponents to silencing them on the internet. By depicting them as representing an unacceptable domestic extremism and traitors in league with a foreign enemy, it justified any possible domestic abuse of authority.

Anyone who disagreed was in league with either the Nazis or the Russians. In a great historical irony, the left had deployed the Reichstag fire strategy against its opponents while accusing them of being Nazis.

There is a plot against America. It’s just not the one that the plotters keep using as their plot’s pretext.

The Russians created some Facebook posts. The left is using that to end free speech on the internet.

If the left succeeds in reversing the outcome of the previous election, it will be a catastrophe for our age. If however it succeeds in censoring the internet, the catastrophe may last for generations.

California Sanctuary State: How Dare You