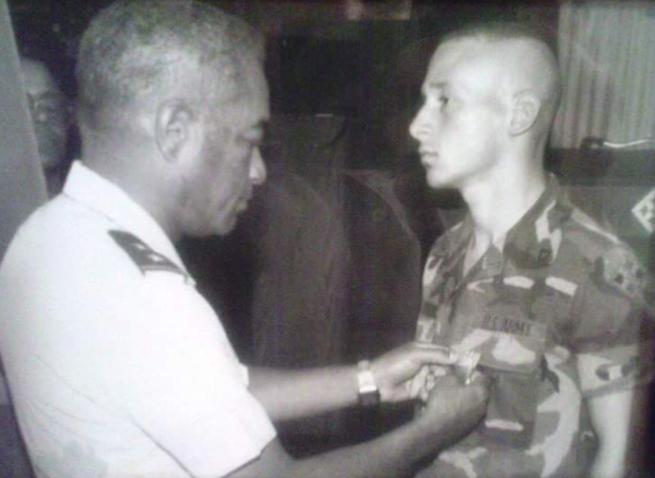 I enlisted in the military the week that I turned 17.
Less than 6 weeks later I went to Basic Combat Training between my junior and senior year of high school. This was more than ten months before being eligible to vote and four years before being able to buy a handgun or buy a bottle of bourbon made only a few miles from where I lived.
While in basic training I was issued a fully automatic rifle called an M16A1. We were often left unattended with those rifles day and night. Come to think of it, none of the other many teenagers in my basic training class did anything wrong with our rifles.  Anyone could have walked right off of the base and created mayhem. But, no one did. 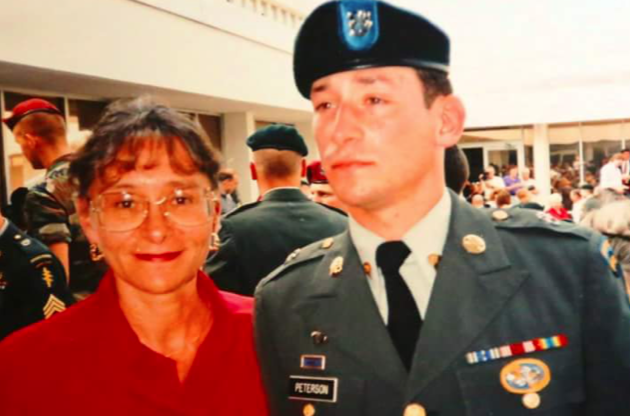 While in basic training that summer, we fired that rifle a lot, as well as machine guns, rocket launchers, pistols, and grenade launchers. When we got to fire our rifles on fully automatic for the first time, it was demonstrated to us by a drill sergeant who was a Vietnam War combat infantryman. He gave a live demonstration of how to control the rifle under fully automatic fire as well as rapid semi-automatic fire. We then did a live fire defense where it simulates a wave of enemy troops running at us. We fired up the FPL (final protective line) in a hail of bullets, complete with illuminated “tracer” rounds. It was quite a show and an exciting experience at that. So exciting, that snuck back in line to do it again with another relay of shooters.
We also threw live hand grenades in that course. Handheld explosives. Live grenades before being a senior in high school!  And, oh, most of my basic training class was under age 21. And mostly teenagers.

So when are we old enough?

Here is something that I will never forget.
After our first week of firing these rifles, were marched to a place on the base that had the proverbial $4.00 haircuts. And beer. Draft beer.
To celebrate our new found adulthood as marksmen, we were allowed (made, told) to drink a beer. Those of us under the age to be old enough to drink (or buy a handgun) had to go first. We were told that we each had to drink one large glass of beautiful, tasty American made beer.  Our drill sergeants would sit there and watch. Somehow it was determined (again) that I was the youngest. So, I got to go first!
Nothing bad happened.
Sometime after that, we all had to take part in a duty called “guard mount,” where in groups of four, we had to guard a very large Ammunition Supply Point, or ASP on that military base. We were to guard millions of rounds of ammunition all night long. We were issued our rifles, live ammunition, and a radio. As four teenagers, we were left mostly unsupervised.
And, nothing bad happened.
Then I went back to my National Guard unit by bus. When the bus stopped for a while, I went into a store, wearing my “Class A” uniform. On it was my marksmanship badge. I was not old enough to buy any alcohol.  The man at the counter gave me a gigantic bottle of beer. It was Schlitz Malt Liquor or some kind of cheap beer.  Back on the bus and while listening to a cassette tape of the Def Leppard “Pyromania” album, I drank that bottle of beer. That was my second beer in my life.
Yet, Nothing bad happened.
When I got back to my unit, I got issued another of the same type of rifle. Still age 17. Then, the month after I got back from basic training, I went with my Army National Guard unit on a two week trip to Camp McCoy, Wisconsin. One night, I was left all alone out in the woods with a rifle and live ammunition guarding something. They were supposed to send someone else out there to be on guard duty with me.
But, they kind of forgot about me that night.  So, I walked around what I was guarding, stayed awake, at “C-Rations,” and was constantly “on the look out,” and all alone.  I was the youngest soldier in the unit.
And, nothing bad happened.
Then I went and finished my senior year of high school. While there, still age 17, a classmate whose father was the owner of a very famous distillery managed to get us some bottles of very fine liquor. We all drank it after Church one day.
Guess what? Nothing bad happened.
A little later yet still as a very, very young man, I got to fire about 200 different types of small arms, mostly fully automatic and military systems. I drove armored vehicles that had fully automatic weapons and anti-tank missiles mounted on top that could hit a target at about a mile or so away.  I went to five sniper courses in my twenties. And blew up lots of stuff in demolitions training as well as learned how to make all kinds of bombs as a soldier.  I got to walk (as part of a unit “tactical road march”) in the streets of West Berlin in 1987 with, you guessed it, a machine gun.
And nothing bad happened.

Drive tanks, fire the main gun on tanks, fire large artillery cannons, guide long range missiles called HIMARs, use demolitions to blow up materials, shoot down aircraft & missiles, work in the back end of a submarine with a nuclear reactor, guard our 450 silo-based, nuclear tipped Minuteman ICBMs, fly armed aircraft, load nuclear weapons onto aircraft & into submarines, man sophisticated early warning radar & satellites (that tell us if a missile is headed towards the USA and be used to justify a nuclear strike), carry around loaded machine guns in droves in foreign countries, and carry (and throw) millions of grenades. I served with troops who had been the ones driving around Germany in the 1980s with Pershing tactical nuclear missiles on a trailer.  And much of it unsupervised.
All done on a daily basis by many Americans under age 21.

Age is a number. Responsibility is ageless.

A weapon does not operate itself or cause harm unless the heart and mind of the user desire it.
What causes them to be that way has nothing to do with guns and knives. And, the weapon does not know the age of its user. 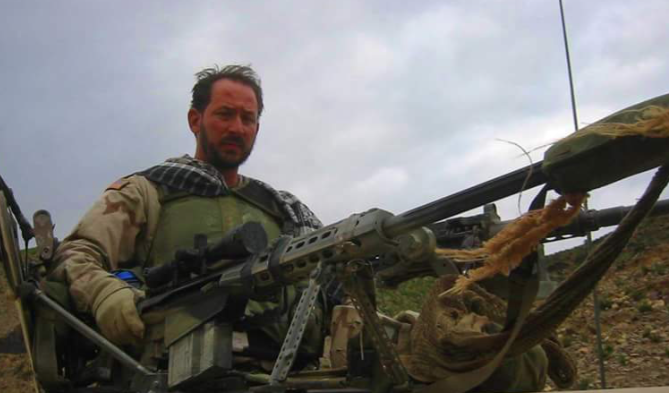 I have been a firearms instructor since the 1980s, done it as a paid professional full time for over ten years, training over 10,000 persons on firearms, fighting terrorists, self defense, and the use of force, plus research it all perpetually, and yet still cannot find a single instance of a firearm jumping off of a gun rack or out of a box and firing itself.
If any of those implements are banned, then the criminal simply finds another. Criminals have never obeyed gun laws anyways. In fact, more of such laws favor them. If you had not bothered to fact check, then here is a factoid: the overwhelming majority of mass shootings and numbers of resultant victims were committed by persons over age 21.
So, please be smart about this.
Share
Facebook Twitter Pinterest Reddit Share via Email Print

Mr. President, What Are You Doing Regarding Our 2nd Amendment?